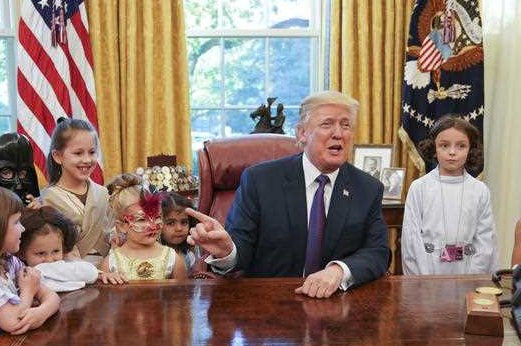 I think stocks will go higher over the next year or so but I really wish Donald Trump was not pivotal to my optimistic scenario for our share portfolios and super fund balances.

Trump’s tax package, which AMP’s chief economist Shane Oliver says has a 70% chance of being passed by early next year, has an in-built positivity for the market, but if the President annoys his Republican allies and fails to get the package passed, the stock market will correct, which means possibly a 10% pullback.

On the flipside, if he gets the tax measures up, as I expect because the Republicans will be decimated in the mid-term elections late in 2018 if they don’t, then stocks will trend higher.

Lots of things could go wrong to upset the apple cart such as North Korea, Trump indicted, a China debt problem, an OPEC disagreement that KO’s the oil price and so on but the consensus view is that the better outcomes are more likely.

These outcomes include China growing faster than expected; an expected world wide infrastructure boom; the US not raising interest rates too quickly; and the world economy growing in synchronization, which all augurs well for stocks.

One economist, who I don’t rate but who seeks a lot of publicity, thinks the US market is in the euphoric phase, which Sir John Templeton says is the end-play for a bull market. This is what he taught us: “Bull markets are born on pessimism, grown on skepticism, mature on optimism, and die on euphoria.”

That said, the euphoric phase could be short or long and to get a better handle on bull markets, I looked at them way back to 1871. This table sums up the story I found:

While the average numbers make you worry about Wall Street now, the big  bull markets show that while the current US bull market has gone on for 104 months, the big bulls have gone for 150 months plus.

Because of historically low interest rates and the world economy growing in sync for the first time in a decade, I suspect we will see a long bull market.

I damn well hope so and I damn well hope that Donald Trump lifts his game and starts playing President rather than a spoilt brat who tweets too much. Gee that guy needs a mentor and fast, for all of our sakes.