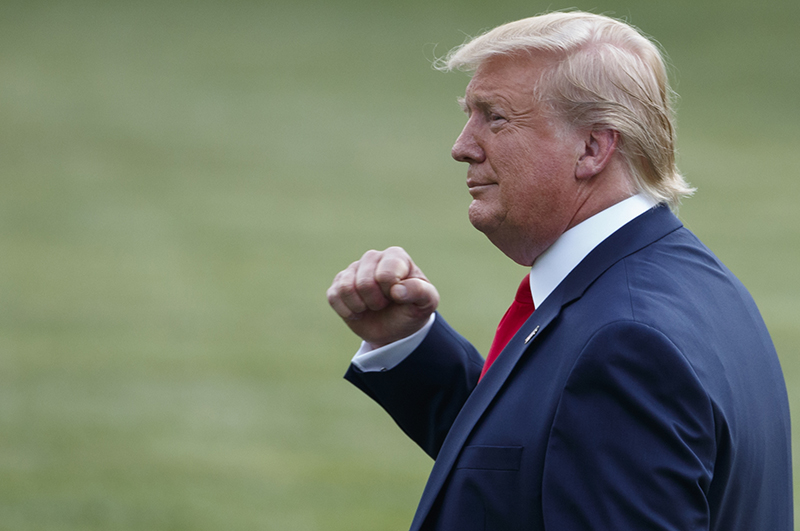 Expect the unexpected. That’s the way you have to deal with investing in a world where Donald Trump leads the USA. And yep, he’s close to doing something that could send stocks (as well as the US and global economies) down, which could wind up in recession!

Overnight, Donald told us that the US was going to add a 10% tariff on the $US300 billion worth of Chinese goods not currently hit by one.

This has always been my worst-case scenario. This potential black swan event could take us out of this big rally that started a couple days before Christmas. It was triggered by the Fed Chairman, Jerome Powell, telling us that his central bank would show “patience” when it came to interest rate rises. Well, patience is exactly what Donald has lost with the Chinese so he’s biting the bullet and going ahead with his threat to escalate the trade war.

We always knew it was an option, but the majority of stock players assumed a deal would be done. Why else would the US stock market and our market be up around the 20% mark year-to-date? Lower interest rates and the belief a trade truce was coming has powered stocks higher but one of these stock price drivers has been effectively de-commissioned, with tariffs to start on September 1.

Could it get worse? Yep, the 10% tariffs could be ramped up to 25%, which would be curtains for stock prices and the bull market. This is a big gamble by Donald but it’s what you get when you throw your chips in with America’s most unusual President ever! (And he’s up against a pretty formidable group of unusual guys who have occupied the White House!)

“Trade has always been an issue hanging over the market and whether or not we see an escalation,” said Quincy Krosby, chief market strategist at Prudential Financial, “…the fact is we’ll surely get a reaction from Beijing.” (CNBC)

This threat follows a week of trade negotiations, where the President has complained that China promised to buy more agricultural goods but has failed to do so.

A stock like Apple dived on the news, which is no surprise because this final group of Chinese products to be tariffed include most of Apple’s main products. Other retail stocks, such as Nike, also copped it on the market, down 3.35% overnight.

This bad news comes just as we’re starting to see some economic news that might have justified our stock market comeback this year.

Looking at the week, I count good news at six versus bad at three. Here’s the good:

• The ANZ weekly consumer confidence reading hit 118.5 versus the long-term number of 113.1.

• House prices had the biggest rise in 21 months, though it was a small rise.

• Inflation went from 1.3% to 1.6%. Higher inflation is seen as a good thing nowadays

Against this, here are the bad news stories

• Housing lending was the slowest in June, since records were kept in 1976.

• Business lending was the slowest in 30 months.

In summary, until Donald ramped up his trade war play, there was good reason to think the Oz economy could rebound in the second half of 2019 but with a worsening trade war, this optimism could prove to be misplaced. I’m not there yet but, despite opinions to the contrary, I’m not a perma-bull but merely a bull when the data tells me to be one — and that’s no bull!

On what’s likely to happen? As I said earlier, with Donald you have to expect the unexpected.