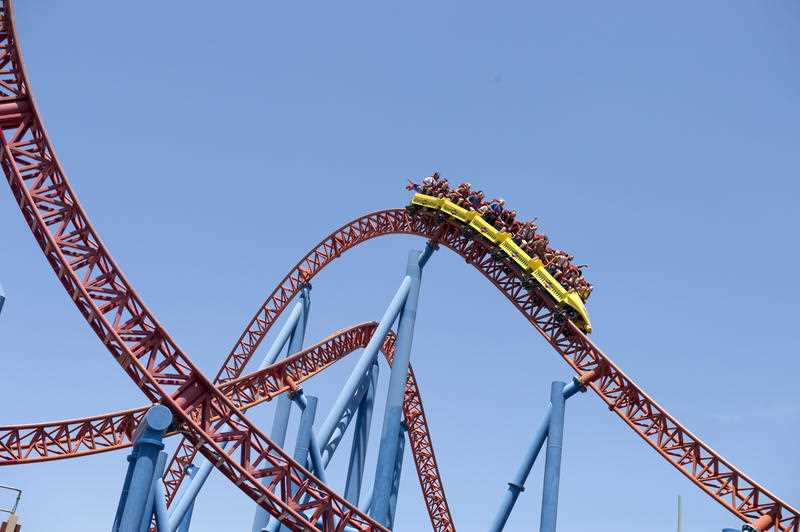 Stocks down again. Is this the start of a 40% slump?

Maybe the stock market sell off was not Glenn Stevens’ fault! Why? Well, as RBA boss, he is important to us but the sell off we saw last night in the US says there are some odd things going on.

And I must remind everyone that a healthy correction, especially in the US, is overdue. The Yanks have been in record high territory for over a year, so a sell off of 10% plus (a correction) can be a good buying opportunity. It can also be a precursor to another leg up in a bull market.

I don’t think this is Marc Faber’s 40% sell off that he has been tipping for about two years. However, you can’t rule out any oddity when it comes to stock markets. So let’s try to find excuses for this stock slump to get Glenn off the hook.

To keep the fear and loathing contained, let me reveal that Europe ended in positive stocks territory, with the German Dax up 0.2% and the French CAC 40 rising 0.15%. So we didn’t see worldwide fear overnight. In Asia, the Shanghai market was off 1.57% and Hong Kong gave up 0.41%.

Here, there was a double whammy, with Glenn’s dropping of the “easing bias” words from the RBA statement, with the rate cut decision taking the cash rate to a historic low of 2%. Then CBA, the flagship company of our bull market, reported a weaker than expected third quarter cash earnings.

As financials make a huge chunk of our stock market, stocks were always going to slide. Woolworths also reported its first decline in quarterly sales for over two decades, while BHP fell ahead of its vote last night to spin off South 32, which was enthusiastically supported by shareholders overnight.

That’s the local market-driving stuff. What’s the deal in the US?

Well, it looks like it’s the result of local American stuff and that doesn’t look all that worrying. Let’s list it to see if this is going to bring about a 40% sell off. Here goes:

Conclusion? As the Dow was reducing its sell off at the closing bell, it’s fair to say a correction is more likely if the jobs report disappoints on Friday. Here, our sell off is related to the poor bank reports this week.  This reflects a slowish economy and Glenn’s less than inspiring piece of writing was no bloody help.

At this point in time, I’m not expecting Faber’s 40% sell off but what can you expect of someone who pens The Gloom, Boom & Doom Report?

By the way, if the Yanks get a really good jobs report, there could be a big stock market sell off! Why? Because it will make a lot of market players think the first US interest rate rise is just around the corner.  When it comes to money, it’s a mad, mad world.