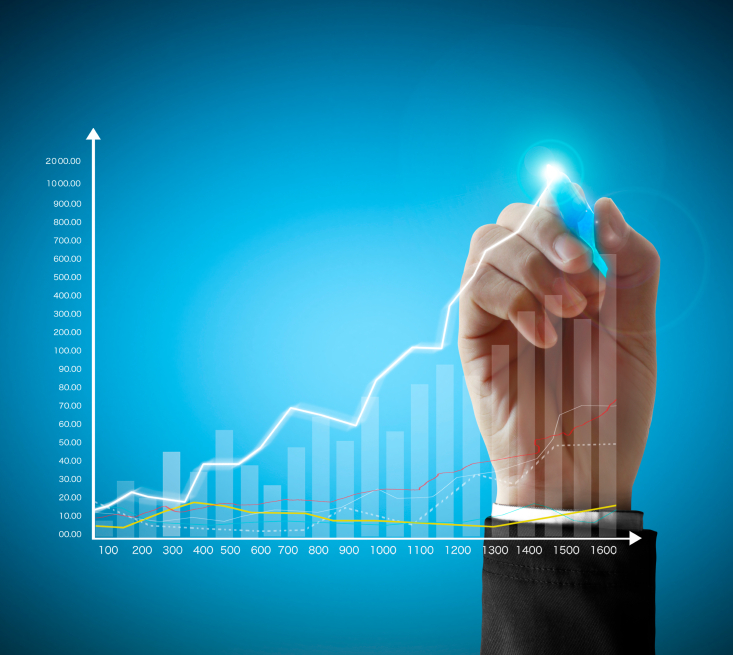 Stocks are up but is this crazy, stupid love?

You know I’ve said this stock market is crazy, well, what I’ve got this morning is crazy, stupid love! As I start writing at 5:30, the Dow was up over 300 points! I hope it can last but I know these are crazy times.

This could be a crazy, stupid love interlude that won’t last. However, if this 300-point gain holds, this will be a very good day.

But let’s see why craziness is bringing positivity today — I bet it looks crazy.

The headlines tell me that there was a better than expected ISM manufacturing report and, again, the price of oil spiked higher.

CNBC quotes Bespoke Investment Group that puts this ‘craziness’ into historical perspective, telling us that this is the best morning trade on Wall Street since August 27! But they go further, telling us there have been 208 morning rallies like this since 1983, with afternoons bringing a gain of 0.37% on average and the returns are positive 69% of the time.

That’s going to be worth watching if you’re a good omen type. I’m one of those types.

I liked the fact that energy companies and financial stocks have gone for a ride higher. This confirms the crazy link between the oil price and banks’ share prices but it might be less crazy than I think, with someone explaining to me that ANZ, which has copped it the most with recent sell offs, being more heavily exposed to the mining industry. You know the old saying: “If you owe a bank thousands, you have a problem; owe a bank millions, the bank has a problem.”

So let’s look at the reasons for the positivity more closely.

First, the ISM for manufacturing came in at 49.5, which was up on the 48.2 we saw in January. Sure, it’s below 50, which separates contraction from expansion but this is the cold time of the year in the US and we often see manufacturing pullbacks around now.

Second, oil was up about 2%, with West Texas crude at $34 a barrel. Any move away from the low of around $26 a barrel a few weeks back is a bonus for energy companies and (as we’ve seen) banks!

Another help to the market had to be US construction figures, up 1.5% in January. This number is now at the best level since 2007 before the GFC!

Also helping might have been the Chinese central bank cutting its reserve requirement ratio, which means banks have more money to lend. On top of that, Mario Draghi of the European Central Bank has looked at the latest economic readings for the Eurozone and hinted strongly that next week he will pull another monetary policy lever.

It should also be pointed out that March and April have a history of being good months before that old market maxim applies: “Sell in May and go away, come back on St. Leger’s Day.”

So really, what I’ve presented has been mainly good news and the stock market has gone up — that’s not crazy, in fact it’s logical.

The money market once thought an interest rate rise in December was a 30% chance but, overnight, pushed it to 60%. That’s saying that the US economy will improve so interest rates should rise because of that.

And better still, we’re seeing an improving outlook for the US economy leading to higher stock prices along with higher oil prices because a stronger economy demands more energy.

This isn’t crazy. This is sensible! The question is: can it last?

The next two weeks will be the test, with the all-important jobs report on Friday in the United States and then a whole pile of central banks make decisions next week, which could help or hurt the market.

Ninety minutes to the close on Wall Street and the Dow is still over 300 points! Love this new craziness that seems to be resembling something we seldom see called good sense!

(And by the way, we get our December economic growth number today. A number around 0.4% is likely but anything higher would be champagne popping time.)