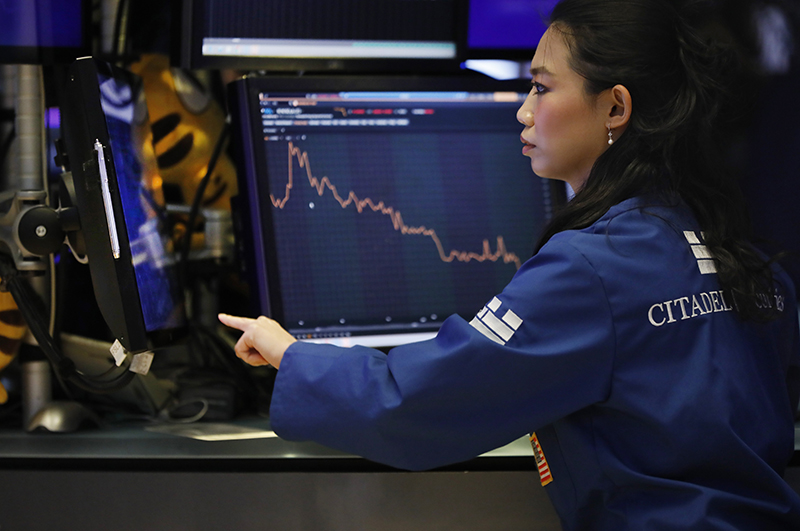 Stocks are surging. Can this optimism last?

If there’s something desperately wrong in the economic world, then the investing world isn’t seeing it! Overnight, the S&P 500, which measures the stock market performance of the USA’s top 500 listed companies, hit a record high! And yesterday locally we saw that Sydney and Melbourne house prices rose in June!

Don’t get too positive as economies/markets can be very deceptive and stock buyers today could be sellers tomorrow. But after I interviewed Tribecca Investment Partners’ June Bei Liu yesterday (on my TV programme, Switzer that we’re now doing on the YouTube channel) about when she saw the next global recession and she said probably beyond 2020, I got more comfortable with my cautious optimism for stocks.

Be clear on this: I’m not saying we won’t see another taking profit sell off between now and December but if this happens, I’ll again argue that it will be a buying opportunity. This has worked since 2009 but I know it doesn’t work forever and timing the market isn’t easy.

Of course, if you can get out of the market before a huge drop and re-enter at the bottom of the crash, you can make huge profits but that’s easier said than done.

Right now, stock markets are thinking the Fed, the European Central Bank and the RBA locally, will throw money at any big economic problem that could create a recession. Then there’s the hope that Donald Trump will pull back on his trade war.

Jun Bei Liu thinks he could drag out his trade talk wrangling longer than we hope and this could be the big risk. He’s playing chicken with the Fed and at the moment the US central bank is avoiding Donald standing in the middle of the road so rate cuts are expected. However, the US President might be ignoring the consequences for the world economy and what China might do. Xi Jinping might not be as a compassionate ‘driver’ as the Fed’s Jerome Powell!

This is a huge week for the economy and it starts today, with the Reserve Bank announcing its decision about interest rates. On Wednesday we see building approvals for May but these could be house price dropping fears and election ‘infected’ numbers. We also get our latest trade numbers tomorrow. And in a world where our best export customer is in a trade war, this stat is increasingly more important.

Thursday we see the latest job vacancies and the all-important retail trade figures but once again they are for May. I’m really keen to examine a big range of June numbers to see if there was a broad post-election bounce.

Thursday could also bring tax cuts, if the Government can get the crossbench Senators to pass the proposed legislation that will bring hefty tax gifts of up to $1,080 for low and middle-income Aussies earning up to $126,000.

Our economy can’t afford too many surprise negatives as creeping better news since the election result adds positivity to the optimists’ case on the economy and investing.

Yesterday in the Switzer Report I looked at the 24 worst losing stocks in ASX Top 100. I then checked out what the consensus of analysts thought about these stocks for 2019-20 and it was surprising how big the turnaround predictions were.

For example, a company like Link Administration lost 30% last financial year but the experts tip it has a 39.9% upside ahead!

To see the rest and what Bell Direct’s Julia Lee and Michael McCarthy of CMC Markets think of these stock rise predictions check out last night’s episode of SWITZER.

This is going to be a really interesting week for the economy and our stock market, with the RBA centre-stage today at 2.30pm. I’m still backing optimism and positivity for investors but we are in trickier times because of the ongoing threat of a trade war.

I hope Donald doesn’t overplay his hand because when it comes to stocks, optimism can turn to pessimism in a heartbeat.