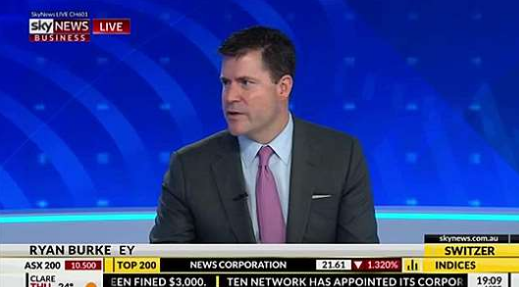 Stocks are set for a big week and here's why this is an important one!

The first month of the year has been one of the good predictors of how the stock market will perform over the entire year.

To be precise, the numbers say that if the stock market goes up in January, it has a 60% chance of ending higher at the end of the year. Of course, it would be more convincing if the figure was 80% or 90% but it is what it is.

To date, we are up 1% on the S&P 500 Index, however, the Yanks are up about 4%, which seems crazy given how high US stock markets are above their record highs. Meanwhile, we’re still a long way below our record high of 6828.7. In fact, we start the day at 6070 and I think we’re a damn good chance to see 7000 this year, but I’d like the January effect to help us along by ending positive for the month.

Early signs are promising with the futures market for our S&P/ASX 200 Index — the so-called SPI — indicating a 31 point gain for stocks for the first day of the trading week.

This coincides with a pretty important week for local economic data readings, with December car sales out on Tuesday, the latest housing borrowing numbers, building activity and consumer confidence on Wednesday, the December job numbers on Thursday and tourism as well as lending figures on Friday.

Last week we registered a great retail result — up 1.2% for November. This was the best outcome in 4½ years!

Other data released continues to point to an improving economy, which has to help company profits and, in turn, power stock prices higher but we will need the over-hyped US stock market to keep rising if we expect to beat our former all-time high, which we haven’t gone near since the GFC!

Sure, we could rise 13% by beating our former record high but we’d need the Yanks to go up at least 10% to ensure we’re not over-affected by any new US-negativity over the course of 2018.

The Trump tax cuts and how they will affect millions of US smaller companies is likely to be a nice powering along factor for stocks.

The US stock market has had the best 10 days of a new year since 2007 and it’s not all tax cut driven, with better-than-expected company profit news now kicking in.

On Friday, J.P. Morgan Chase, BlackRock and Wells Fargo all reported better-than-expected quarterly results and this augurs well for the reporting season in the States that has just kicked off.

Earnings are expected to be up 11.2% for US companies in the fourth quarter of 2017, which we’re seeing unfold right now.

“All 11 S&P 500 sectors are expected to post increases in both earnings and revenue, according to FactSet,” CNBC reported. “This would be the first time since 2011 that all the sectors in the S&P 500 posted sales and profit growth for the same quarter.”

It’s looking promising for the rest of January as more company results are revealed, especially when it’s tipped that the first quarter profit numbers of 2018 will be better than the previous quarter’s results! That is, they will beat 11.2%!

If US stock markets keep feeling the love of an improving US economy along with its corporate sector, and the Oz economy keeps looking up, then our reporting season, which kicks off in February, just might also surprise on the higher than expected side.

The critical numbers this week will be the job figures, with the consensus going for 20,000 new jobs in December but these have been beating expectations over the past year.

The November numbers meant we had gone 14 months in a row with job gains and that was 383,000 in a year! I’m hoping this story keeps being strongly positive and I’m also hoping the building figures show the sector is stronger than some negative types out there have been predicting.

If our economy keeps looking stronger than was expected, the Yanks can maintain their market positivity as well as profitability and then our reporting season surprises on the higher side, then we really might be off to the races with our stock market in 2018.

That’s what I’m punting on and I suggest you take my tip!