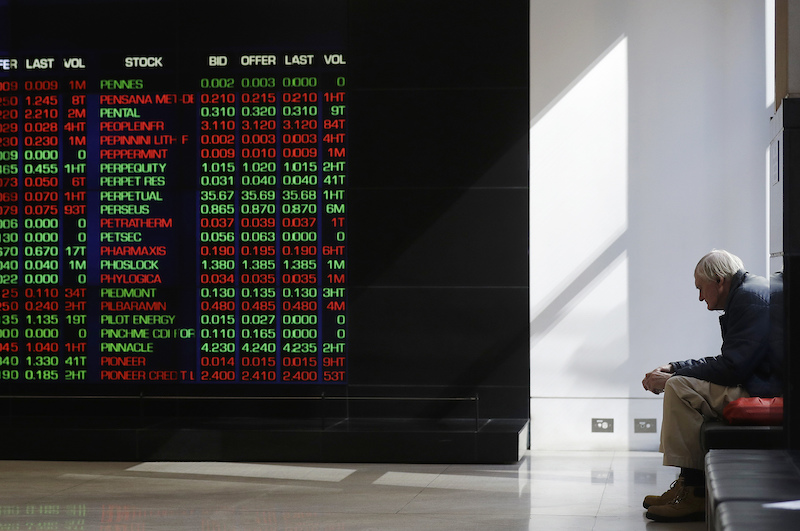 Stock markets scaring you? Read this and sleep easier

Among the madness and mayhem around concerns of the little understood inverted yield curve, which triggered the “wiping off of $60 billion of the local stock market” (news outlets just love to report such events), some good economic news went unheralded.

• The participation rate rose to a record high of 66.1.

• The Westpac/Melbourne Institute survey of consumer sentiment index rose by 3.6% (the biggest lift in six months) to 100 points in August. The sentiment index is near its long-term average of 101.5 points. The reading says optimists equal pessimists.

• The NAB business confidence index rose from +2.3 points in June to +3.9 points in July.

And that’s about it. It’s fair to say that this week both consumer and business confidence had good rises and the job market is as strong as a mallee bull, so these are decent stepping stones to encourage business investment.

This is a critical part of the economic puzzle that has gone missing, with many economists arguing that the pre-election period that brought controversial Bill Shorten policies worried the business sector. Throw in the Royal Commission on the finance sector and the externally imposed restrictive lending from banks, which happened in concert with falling house prices, and it all explains why business leaders weren’t keen to take a punt and invest.

Those things have changed so it’s reasonable to believe what we’ve seen in recent weeks could be the start of something better for the economy.

This chart was shown on my TV show on Monday by Michael Gable, who pointed out how the red funny-looking line had gone below the blue line, which is the 50-day moving average of the stock market.

To put it simply, when it’s above that line, it’s good news for stocks. But when it goes below, it’s a warning that sellers are starting to outnumber buyers. Why? Well, look at the chart since January. We’d gone positively mad on stocks and were overdue for a pullback, as smarties take profit.

Add this scary stuff about inverted yield curves and we had to see stocks slump.

But what is an inverted yield curve and why did it invert this week?

This is a normal, non-worrying yield curve: 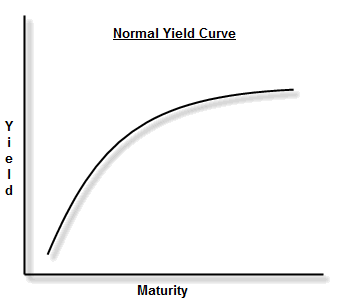 However, the people in the bond market think what they’re seeing — a contracting Germany, a slowing China, the trade war effects, Brexit and the big troubles in little China i.e. Hong Kong — all add up to the big chance of a global recession, which the US won’t be able to ignore.

These are all legitimate reasons to be very wary about risking your money and that’s why stock markets fall. But go back to my first chart and you can see the market also slumped from August to December last year and then turned around and rebounded over 22%!

And I’m not alone not being over-spooked. The AFR’s Matt Cranston pointed to the Royal Bank of Canada’s chief economist, Tom Porcelli, who argues the crazy world of negative and zero interest rates has changed the relevance of an inverted yield curve.

“In our view, the signal from the yield curve inversion this cycle is irrelevant,” Mr Porcelli said.

“Historically it works as a good recession signal…” but he says the  actual growth in the US is at odds with what the interest rate markets are telling us.

And he says the low rates around provided by very different central banks of the past, will make the funding of growth much easier than ever before. Usually an economy couldn’t get cheap money easily as the bond curve inverted. But (and I say this with trepidation) things are different this time.

By the way, an inverted yield curve usually tips a recession two years ahead, which would predict a US recession in 2021, which is the year I always thought was the riskiest, being the year after the November 2020 US election.

If Donald wins or loses, there could be threats to economic growth. But because he’s so rare, it’s hard to be confident either way!