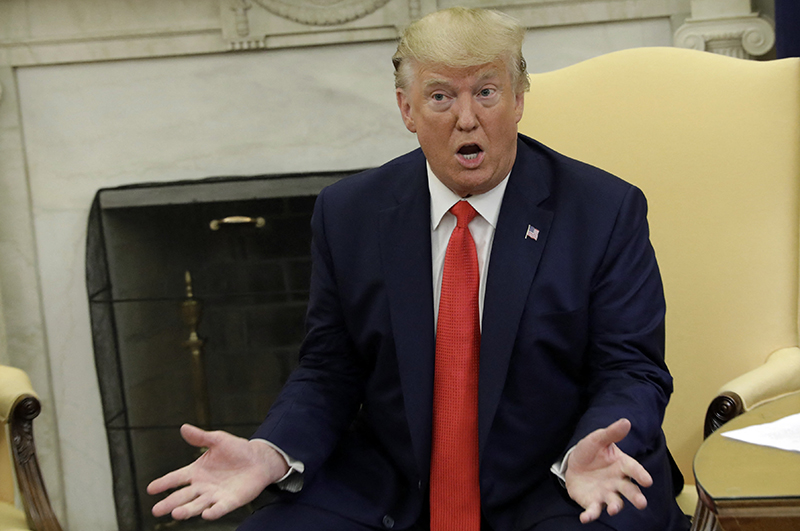 Belief that a trade deal will happen is not necessarily shared by a number of the experts who I regularly interview for my Switzer TV stocks program on Monday, but Wall Street has a different view.

Developments for the stock market, gold and the bond market are suggesting those who were making recession calls might have jumped the gun.

And it comes as President Donald Trump is keeping the pressure on the US central bank or the Fed by telling the “the Fed boneheads” to cut interest rates to zero “or less”! But don’t think he’s saying this because he thinks the US is heading towards recession and it needs zero rates, no, it’s because he says the US should refinance its debt!

That said I suspect their more method in his madness than meets the eye.

This guy, unlike any conventional politician, is always up for making a deal that suits his bottom line. More on that later.

Overnight the Dow Jones Index was up 227 points or 0.85% and helping this trend that has persisted this week is a more positive view on a possible trade deal. As an example, CNBC says that Wall Street remains focused on U.S.-China trade relations. “Beijing released a tariff exemptions list for products from the U.S. on Wednesday morning,” Fred Imbert reported. This is all ahead of the October 1 trade talks that could be critical to what ultimately happens to stocks.

One stock that has symbolized the problems of the trade war has been the big earthmoving machine operator Caterpillar. Over the past five days, since the news has been more supportive of a trade deal happening, its share price has gone up 10% (see chart below).

That’s a big jump but certainly gives us a sneak preview of what might happen to stocks generally if a deal can be scratched out between the US and China.

By the way, a deal doesn’t mean both parties back down, but an agreement is reached so investors can work out what companies will be positively and negatively affected. Right now the uncertainty is holding back both professional and amateur investors from going long stocks.

And with interest rates so low, savers are being forced to risk going into the stock market to avoid having to accept 2% with their term deposits, if they’re lucky!

This week the AFR reported that Rob Kapito, the co-founder of Blackrock — the biggest fund manager in the world with $10 trillion under management — says there is $25 trillion of cash sitting on the sidelines. A lot of this money would be sucked into the stock market if the trade war threat disappeared.

“We're in a world that is flush with cash and is underinvested. And therefore my global outlook would be for stock markets across the globe to continue to grind higher, and for rates stay low for longer,” he said.

However, the stock market looks too risky for nervous investors and that’s the challenge all wealth-builders have to comprehend.

Yesterday, the Westpac consumer sentiment number disappointed falling 1.7% to 98.2. Any number under 100 means pessimist consumers outnumber optimists and when those surveyed were asked about the wisest place for their savings, the proportion of people that answered ‘don’t know’ lifted from 6.4% to a record (24-year) high of 8.7%.

A bank term deposit has historically been the wisest place for your money because it is government guaranteed up to $250,000 but with interest rates so low and likely to go lower, especially as Donald Trump weighs in, it forces people up the yield curve to more risky investments.

We created the Switzer Dividend Growth Fund (SWTZ) to be a ‘safe-ish’ alternative to a term deposit but it is clearly more risky because there are no government guarantees and your capital can go down with a stock market slide. On the other hand, the fund that captures primarily 30-40 dividend payers, based on history, did shock me yielding 7.9% in net terms last and 11.2% gross for the year to August.

The fund was helped by Bill Shorten’s threat to take away franking credits for retirees which made a number of companies give out special dividends. This fund targets a 5-6% return plus franking credits but when someone goes for this or a fund like it, they are going up the risk curve to get higher yield.

Interest rates will not rise quickly for a long time so investors or wealth-builders will have to cop lower safe returns or sneak up the risk curve, but as I’ve pointed out, it comes with a gamble.

The signs of a possible progress on a trade deal are promising for now with the gold price falling over the past week, as the chart below shows. 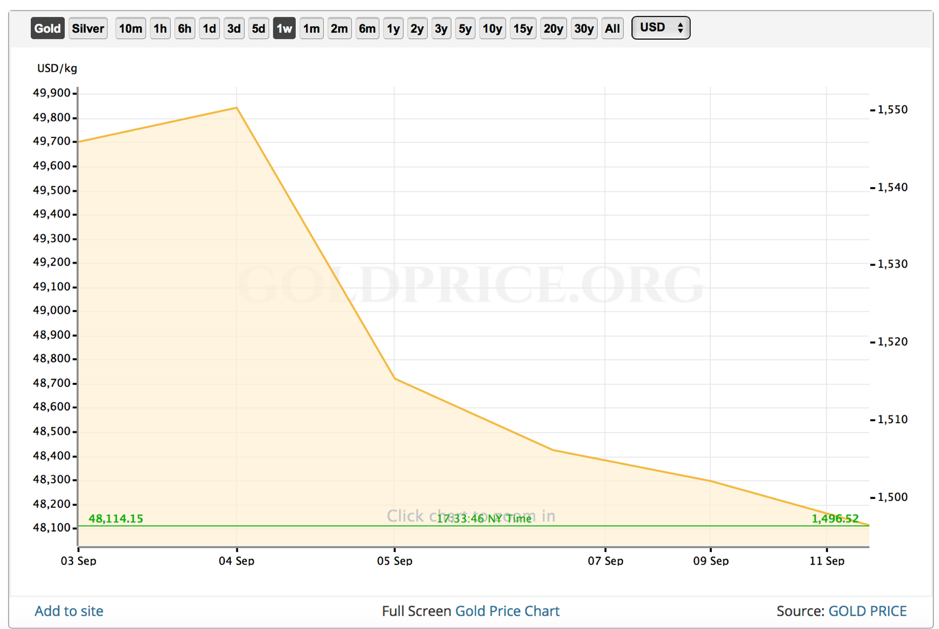 Meanwhile the out-of-favour small cap companies in the US shown in the Russell 2000 index have made a nice comeback over the week, which says smart market players are feeling more confident to invest in companies that could be KO’d by a trade war-created recession. This small cap Index is up 5% over the past five days and again is a nice sign, which I hope is a prelude to something great on trade.

On the “boneheads at Fed” slur from Donald, as always there’s method in his apparent madness. He doesn’t want interest rates at zero or less but he wants another rate cut from the looming Fed meeting on interest rates.

He says with rates at zero he could refinance US debt at unbelievably low levels but deep down his main game is that a good trade deal with low interest rates would lead to both the US economy and the stock market flying high, which would KO any talk about recession in an election year.

Let’s hope China plays ball with Donald or else it could be a recession and a crashing stock market.