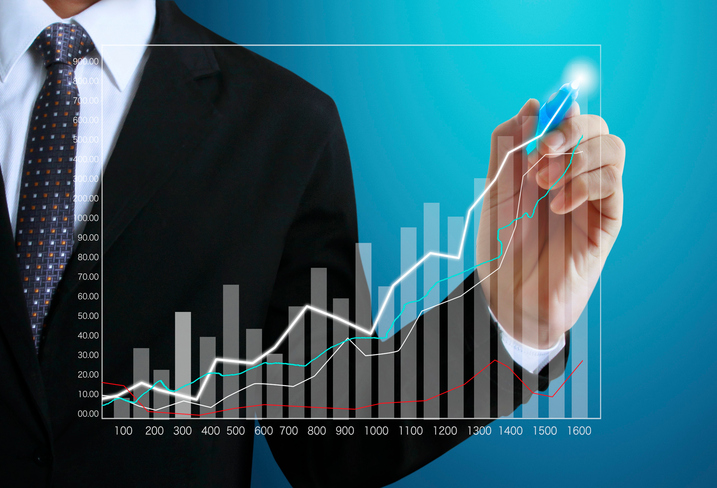 Overnight, the major US stock market indexes traded at all-time high levels and the Dow Jones Industrial Average looks set to outperform the S&P500*, which it has done only twice in recent decades (1996 and 2006). The latter was the year before the market started to crash in late 2007, rolling into 2008 when the GFC madness delivered a 50% fall in stocks!

Perusing the headlines of the finance pages, they basically scream that this Trump-shock delivered at the November 8 election is changing people’s attitudes to what stocks can do.

Have a look at some of the headlines around this morning alone:

As you can see, there’s a lot of positivity bordering on exuberance that’s starting to take place. Now this makes an optimist like me feel happy about 2017 and unless some crazy curve ball comes from Europe with the Italian referendum or the oily world of OPEC and their rivals, or something else of a dramatic kind, then stocks should go nicely higher.

However, if the exuberance is too much, someone like me has to ponder: how long does this bull market have to go?

The reason why I’m asking this surprisingly negative question (for me) is because I’ve always liked the guidance offered by the legendary investor Sir John Templeton, whose long history with stocks led him to observe: “Bull markets are born on pessimism, grown on skepticism, mature on optimism and die on euphoria.”

It sure looks like Donald Trump has delivered optimism in the USA, though our stock market has been cautiously accepting of what looks like a new world order as dictated by a new US President.

Victor Hugo once told us that there is “nothing more powerful than an idea whose time has come” and Trumponomics, like Reaganomics, looks like it has a lot of first round acceptance. Of course, promises will have to become reality.

ANU Professor and one of this country’s best economists, Warwick McKibbin, reminded me last night that US Congress could easily stand in the way of some of Donald’s great ideas, but he also conceded that some of them would create good economic growth, such as the corporate tax cuts.

US stock markets have been at all-time highs, but our market is a long way off. Our S&P/ASX 200 index is at 5351.3 but our all-time closing high is 6828.7, so we need a 27% gain before we pass the old highest level and we’d need optimism/exuberance to achieve that.

However, history shows that we generally pass the old all-time highs before we see our stock market crash, so that might mean we’ll see stocks surge in coming years.

How many years have we got?

If we assume this bull market started in March 2009 (some market experts debate this point), then we’ve been going up for eight years.

Low interest rates, and the fear that still exists because of the memories of the GFC, the concerns about Europe, China, Japan and the price of oil have left most of the world a long way away from Templeton’s optimistic and euphoric stages. We’ve been locked in the skepticism stage and occasionally creeping into optimism before slumping back to skepticism.

Trump is set to change that and 2017 will be the year of optimism unless the Italian referendum on December 4 creates a new Grexit/Brexit drama, which I’m calling Itexit!

So 2017 should be good for stocks if we can trust Trump and history. And 2018 could be the real euphoric stage and that’s when I’ll stop using advice, such as “buy the dips.”

One thing you get in the euphoric stage is lots of volatility, as experts try to work out what makes stock markets U-turn. I suspect we won’t have to worry about that until 2018 and beyond and it could be a period of worrying longer than we might think.

So what’s my advice?

Enjoy 2017. Whether you like it or not, your life has been trumped!