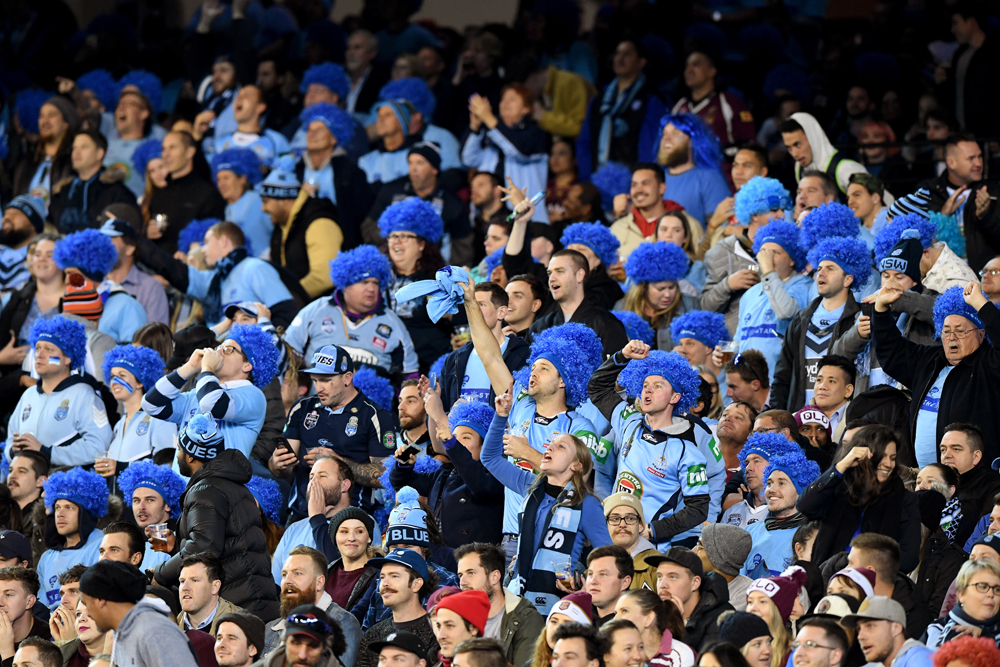 State of Origin was great but GDP growth was greater!

Ahead of the State of Origin NRL clash in Melbourne, I suggested that possibly the GDP growth number earlier on Tuesday could rival the big sporting showdown of state-against-state and mate-against-mate.

Well, at least for me it did, with economic growth for the March quarter coming in at a big 1%, which took the annual growth to a rip-roaring 3.1%.

In case you’ve never committed this fact to memory, history shows that unemployment falls when economic growth beats 3%. So this is good news. And believe it or not, in the real world it’s even better than a State of Origin win!

(Please don't think I’m an egghead economist who hates footy, as I played for the Roosters’ rep team from the age of 11 to Jersey Flegg, and it was only an offer of a Masters of Commerce degree that took me off the footy field.)

But this economic growth number is a ripper and reinforces a lot of great economic news that has been building up over the past year. I’ve been hailing these positive developments as signs that our economy is better than the nervous Nellies and the perpetual pessimistic problem people out there have been trying to tell us about.

Now I’m not going to start crowing yet because I know an economy can make commentators roosters one day and feather dusters the next, but I want to lay out the great economic indicators that make me happy to be an optimist on the economy. Unusually, on the outlook for our economy, I’ve been on a unity ticket with Treasury and the Reserve Bank, who have copped some criticism from expert economists for their rosy forecasts. But these experts might have to eat some healthy helpings of humble pie, given these growth figures.

Let me update you on the good economic omens out there right now:

Any number over 100 means optimists are on top. And you can see how much better we’ve been feeling about our economic future since October 2017.

Sure, house prices are falling in Sydney but the fall is 4% and the rise over the past five years has been 70%. The RBA wanted house prices to ease up and that’s what we’re getting. But it comes as exports and business investment is kicking in.

Anyone who wants to remain negative about our economic future is either politically one-eyed or is socially conditioned to expect and virtually want to see bad news.

Well, for those poor souls, you’re going to have to suck it up because the economy is on the way up and every Aussie should be shouting “hooray” for the sake of the jobless and those out there who are badly in need of a pay rise.

And I reckon all this will be good for stock prices and our super balances.