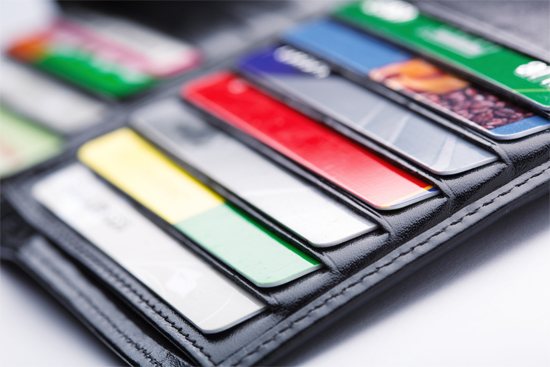 Soon you might be able to use your AMEX card everywhere!

American Express has decided to be more rational than those retailers who never accepted AMEX because of its higher fees, or who piled on an extra charge to make up for the card’s heftier charges.

The company has been here since 1954 but has always been treated roughly by retailers because it has been more expensive than Visa or Mastercard. However, the desire to increase its footprint means that some business owners could see a one percentage point reduction in the slug for using AMEX. Sure, I know it’s more expensive. However, with retail being under challenge since the GFC, and following the expansion of online purchasing by Aussie consumers, as well as the arrival of the likes of price-cutters, such as Zara and H&M, I’ve always argued that retailers can’t afford to reject business.

US sales and business guru Jay Abraham taught me a long time ago that you should never underestimate the importance of the long-term relationship with a customer.

So the customer who’s cranky today at what your business did to them, could be won back by a costly make-up effort, or could be lost forever because you simply sacked this pesty, annoying person.

It’s the Basil Fawlty syndrome! Maybe if your business has queues outside your door and the wait to get in is literally months, then you can ignore Jay’s advice. But most businesses can’t afford to burn customers.

That said, two weeks ago in Modena, Italy, we tried to get into a Michelin restaurant called Osteria Francescana. We showed up at the restaurant’s office — yep, it’s big enough to have an office with about eight staff all working at a table. When we tried to jump the three-month queue hoping for a cancellation, the manager invited us in, asked where we were from and offered to call us at our hotel if something came up, though he did say “people seldom cancel.”

There’s a bookshop near me that simply has the policy “No AMEX!”, so I don't go there. On the other hand, I was in one of those “I need a present quick” situations and went to a different book store. While looking for my Mastercard, the owner said: “We accept American Express.”

That shop gets my business. Let’s face it, my copy of Adele Ferguson’s Gina Rinehart might have been a dollar dearer than other bookshops and Amazon, but who knows recommended retail prices anyway?

On the subject of Amazon, with this huge threat to normal businesses on its way to Australia, every retailer needs to rethink their customer-friendly policies. Fortunately, AMEX is making it easier for most to stop discriminating against Yanks!

Business owners who operate with their head in the sand will be buried.

The RBA says AMEX’s fees to merchants average out at 1.58%, while their rivals are at 0.78%. But this is an average figure brought down by big retailers’ fees, which are lower than small businesses, for economies reasons.

Customers have two solid reasons for liking AMEX. First, they have better frequent flyer points. And second, they send out better statements.

The irony is that small businesses have always liked their records system because it has helped with their bookkeeping impost. So the sector that rejects AMEX the most (small business), on the other hand is the group of businesses that could benefit from using it.

I know everyone has to watch their costs, but I have always argued that if you look at the costs of generating sales and decide you want to pocket any outlay to say AMEX, then you better be sure that you won’t lose sales and customers for life because of it.

In my local area, one deli doesn’t have an anti-AMEX policy, while another overcharges for using AMEX. As a consequence, our staff never use the latter business for catering.

That guy has no idea how much money he has lost because of the 0.75% extra fee. What’s even more crazy is that his products are outrageously expensive in the first place.

I’m really glad that American Express has blinked first and taken away barriers for people to do business with them. With Amazon hovering, I hope other retailers wake up before it’s too late.

As an Aussie, I don’t want Amazon to succeed in killing off local businesses. In London, where Amazon Prime Now operates, friends have praised its convenience factor. Here’s its pitch: “Skip the trip. Prime Now offers household items and essentials you need every day plus the best of Amazon, with FREE 2-hour delivery.”

That’s London, where roads are often gridlocked! Small businesses need to love their customer harder and longer. AMEX is setting a good example with its overdue innovation.