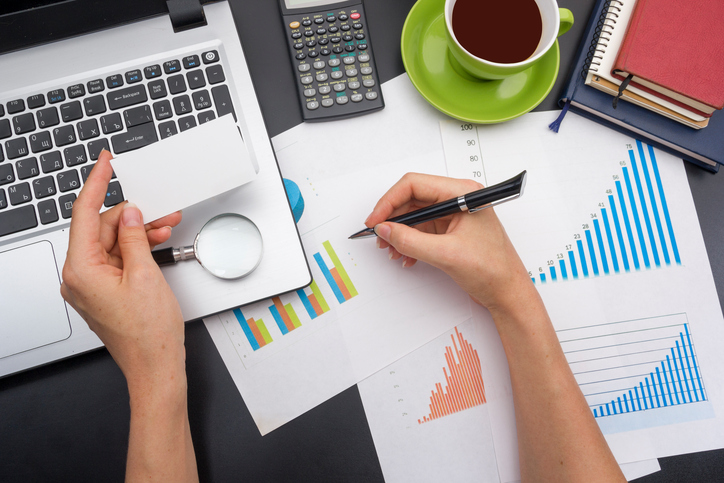 Young Australians are getting into stocks at a faster rate than most of us would expect and, what’s even more surprising, these fast-living, hi-tech, uber cool customers have a pretty conservative attitude to investing!

Could it be that the era they have been brought up with — a very money-educating media one — has rubbed off on a lot of them?

Of course, we’re always noting the differences between generations and it leads to finger pointing and complaints about who has over-enjoyed the spoils of life. Right now, Gen X’ers and even Gen Y’s show some annoyance at baby boomers for their longevity, their going long in investment properties and their luck with low property prices some decades ago.

Before making my pitch for this outlandish proposition, let me show you the key findings of the Australian Investor Study 2017, which was based on a survey of 4,000 Australians. Here they are:

Right now, we’re seeing a lot of young Australians remaining at home because they can’t easily buy their own place. Those on good incomes without deposits for a property may be using the share market to build up a decent balance to eventually get into real estate.

Deloitte’s John O’Mahony told me that this makes perfect sense, especially with term deposits offering such low interest rates since the GFC.

That said, the stock market didn’t attract  young Australians 30 years ago and it wasn’t simply because property was relatively cheaper — shares weren’t on their radar screens.

This generation has known the likes of Ross Greenwood, David Koch, Paul Clitheroe and yours truly for most of their lives. Newspapers are full of money lessons. Sky has created a dedicated business and money channel and I even do an On The Money radio show for Talking Lifestyle four afternoons a week.

In the late 1980s, I debuted on Triple M as their moneyman and at FOX FM and 2DAY FM Ross Greenwood was my opposite number. As Charlie Fox, the Triple M program director once said to me: “It’s pretty wild for a place like this to have someone like you working here!”

The world was changing and the cool and groovy parents, who listened to Triple M, had kids who had money stuff thrown at them over breakfast and in the car on the way to school.

Believe it or not, programs such as Money on the Nine Network was a big-rating show and the end-result is a more money savvy group of young Australians.

I’m sure lots of share-investing young Aussies would love to get into property but, as they can’t, they might have realised that there are safe reliable shares, whose values go up over time. They might get shocked when a crash comes along but they might come to know that quality shares, like quality property, pay consistent dividends (just like rent), and their value goes up over time.

This chart of the CBA share price makes the point. 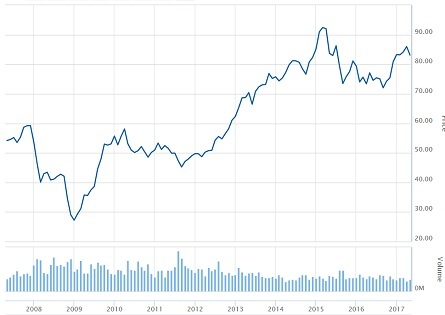 Someone who bought at $55 some 10 years ago has had some annoying moments but is still in the money now and has enjoyed nice dividends all that time. At the same time, a property price in Paddington could have dived a lot if it was bought at the height of the market before the GFC.

And, if someone put a million dollars into a good property in January 2009 and another person put a million into the CBA, both could be looking at 200% gains, provided that the property has the same quality as CBA has as a share.

Sure, you can’t live in a CBA share! However, as long as you can live at home with Mum and Dad, quality shares make a lot of sense. Meanwhile, if you’re lucky enough to be in your principal property, quality shares hold their own against investment properties. And best of all, they don’t come with a troublesome tenant!

Young people investing in quality shares, not chasing the speculative punting type stocks, shows a lot of money maturity. I’m proud to have been a part of this, if media money education has played a role, which I’m sure it has.