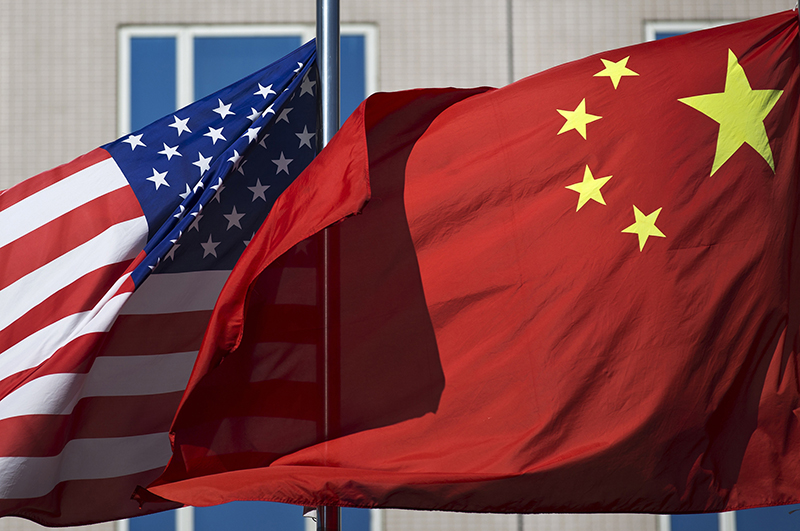 Yep, President Donald Trump slammed China with 10% tariffs on $US200 billion worth of goods and the most quoted market index in the world — the Dow Jones — went up over 200 points! How does that happen?

Let me try to explain.

Firstly, the Chinese have shown a fair bit of restraint in their return fire. Where the Yanks hit 6,000 products with their tariffs across $US200 billion worth of goods, their trade rivals put a 10% tariff on 5,000 products. And goods that were expected to cop a 20% slug, only copped a 10% hit.

Like Rocky once said to Clubber Lang in the movie Rocky III, stock players would have seen the Chinese trade punches as “not so bad!” And that’s why the Dow shot up.

Third, the Chinese have shown that they will return fire but are smart enough not to keep poking a bear like Donald Trump, who is clearly using this to build up his credentials as a fighter for team U-S-A. He’s even got his iPhone out and tweeted already, showing how these tariffs play into his political plans:

China has openly stated that they are actively trying to impact and change our election by attacking our farmers, ranchers and industrial workers because of their loyalty to me. What China does not understand is that these people are great patriots and fully understand that.....

.....China has been taking advantage of the United States on Trade for many years. They also know that I am the one that knows how to stop it. There will be great and fast economic retaliation against China if our farmers, ranchers and/or industrial workers are targeted!

There is method in his madness but we are also lucky that the Chinese are not acting ‘like a bull in a China shop’ with their reaction. A Trump bull versus a China bull would not be pretty and it would show up in the stock market first.

Fourth, even Donald is showing some restraint with the tariffs only set at 10% rather than 25% he first talked about. And he gave exemptions to Apple Watch, AirPods and a host of other products, that happen to be made in China.

This is classic Trump from his book The Art of the Deal and that’s where he effectively lectures readers that if you want a million dollars for something, say you want $5 million!

Apple’s CEO, Tim Cook, who has openly challenged the silliness of Trump’s tariffs, believes this tit-for-tat trade teasing won’t get out of hand. “I'm optimistic because trade is one of those things where it's not a zero sum game. You know you and I can trade something and we can both win. And so I'm optimistic that the two countries will sort this out and life will go on,” he said in an interview on “Good Morning America.”

The local stock market should have a good day at the office, following Wall Street’s positive reaction to this second round of tariffs. And while Donald is looking like the master dealmaker, who still has another $US267 billion worth of tariffs loaded in his double barrel trade shotgun, the big winner out of all this might be China. Its measured reaction and less aggressive return of fire has saved global stock markets and has effectively lowered the threat of an all-out trade war that could’ve undermined the growth of the world economy!

As Aussies, we do well when global trade is strong because we’re a big exporter of raw materials to the manufacturers of the world. And while Donald Trump’s trade rollercoaster can be scary at times, you have to say he’s made politics unbelievably interesting, even if, as many might argue, for all the wrong reasons.