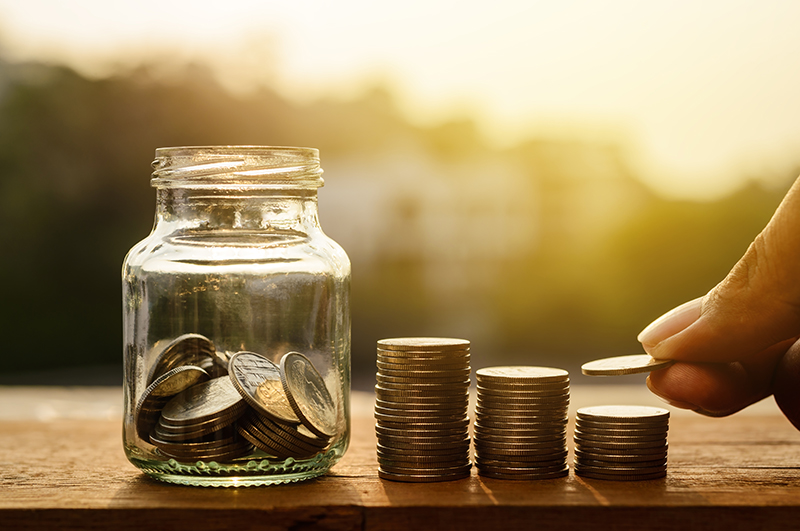 Since when were Aussies entitled to an inheritance?

My stories involving Bill Shorten and his retiree tax rebate ban and property policies created a bit of a Twitter storm over the week. One headline that suggested that Bill was going to shrink the inheritance of retiree’s children got big reaction, with most supporting my reflections on the subject.

However, a thinking tweeter asked this question: “The real issue here surely is how tax benefits to provide for retirement became inheritance entitlements?”

It was a thought-provoking reply to a story I wrote last week, which my cheeky sub-editor headlined: “Sorry kids, Bill wants to wipe out your inheritance!”

Is it fair for others to say that retirees, who don’t like losing the tax rebates from their investments, don’t deserve sympathy because Bill’s policy might deprive their dear little darlings of their inheritance?

To be honest, I don’t lose sleep over unknown sons and daughters not getting a nice monetary gift when their parents (my readers, listeners, viewers, subscribers and clients) pass away. But I do care about these retired people, who have played by the book to save up a decent super and paid off a house to be comfortable in retirement.

This is a peace of mind thing that I believe these sorts of retirees deserve, which means a number of potential disasters don’t materialise in their lives. Like what? Try these:

• Running out of money before they die and therefore having to go on the pension.

• No longer being able to afford private health insurance.

• Not being able to pay others to do work to maintain their homes or to afford personal services, such as in-house nursing care.

• Having enough to pay their way into aged care facilities.

• Not being able to help loved ones when they might be in need of monetary assistance.

• And a huge issue for one partner, the fear that the other partner in old age won’t have enough money to survive without the other one around. It’s doubling worrying when the surviving partner isn’t good with money.

To lose money/tax rebates that were a part of their financial planning and risk management is not only a monetary loss, it’s also an emotional one.

I should throw in that many retirees do like the idea that they will leave their beloved children something when they go. And who are we to judge?

What critics of those retirees who get tax refunds when they don’t pay income tax forget is that this rebate deal has been in place since 2000.

Here’s a bit of history from The Australian: “As Treasurer in the Howard government, Mr Costello in 2000 allowed taxpayers to receive a cash refund if the value of franking credits from dividends received (which reflect company tax already paid) exceeded their tax liability. This was a recommendation of the Ralph review of business tax in 1999. It was given bipartisan support. Labor voted for it. In fact, Labor claimed it would help low-income earners…”

“Former Labor Minister and then shadow treasurer Simon Crean said in parliament in 2000 that Labor had “no difficulty” supporting the change, saying it “improved the taxation situation faced by low-income investors, especially retired Australians”.

OK, that was then and this is now. Putting on my financial adviser’s hat, let’s imagine someone retired in 2000 and has seen so many rule changes that have affected their plans to be comfortable in retirement. Even recently, the Government put limits on how much they can have in super so on 1 January 2017, more than 330,000 Age Pensioners had their Age Pension entitlements cut, with at least 100,000 of those affected Australians losing all Age Pension entitlements. The taper rate for the assets test was made less charitable, meaning a whole lot of retirees, who once got a part-pension, were waved sayonara by the Government.

Where Bill has got it wrong is that he’s treated all self-funded retirees as rich. If he simply put a cap on how much a retiree can receive as a tax rebate, then he could argue that he’s stopping the rich from getting too much from the Government.

If you make it hard for self-funded retirees to do without a pension, their financial advisors or their powers of logic will tell them to take a lump sum withdrawal from their super to have a long holiday or to improve their capital gains tax free homes to eventually go back on the pension!

You know a lot of my critics have asked why taxpayers are expected to make a retiree’s life more comfortable. But the same question, which I’ve never asked until now, could be: why do taxpayers give their money to young couples to soften the cost of childcare so that they can have double incomes, new homes, new cars and overseas holidays? (Note, I’m not saying that but others, such as retirees might be, after being portrayed as greedy tax-takers.)

The self-funded retirees who now are being pilloried by many young people as taxpayer milkers never got childcare support, the women retirees didn’t have equal pay or have the Labor party championing the closing of the gender pay gap, which Bill Shorten is now proposing. Again, these are all important things to have, but why pick on those who didn’t have them?

You really have to be careful when you start picking on groups in society for getting government support because it leads to a whole lot of “what about you?” stuff.

Here’s some more history. We were one of the first countries to introduce a proper pension in 1905. Our pensions were modelled in part on the New Zealand scheme, which means the Kiwis showed us up, and the pension system was also similar to a NSW scheme, which was one of the first ever in the world. The pensions were non-contributory, non-discretionary and means tested. They were available from the age of 65 years for men and 60 years for women. A lot of people got them because a lot of people weren’t relatively wealthy.

Generally, we haven’t been big finger pointers about people on welfare or in receipt of soft tax treatments, though surfing dole bludgers in the 1970s copped it and those who load up on kids to get better public accommodation sometimes get singled out in the media on slow news days.

I reckon we have to be careful about politicians demonizing groups in the community for vote collection purposes. I bet you Bill eventually puts a cap on what lower income self-funded retirees can receive as a tax rebate from their investment in shares. And if he doesn’t, the self-funded retirees of the world would be within their rights to say to their kissing kin that Bill’s policy could wipe-out our their super balances and eventually force them to sell their homes.

I’m not sure that these once hardworking people who saved rather than spent, who worked rather than bludged, who are pretty good role models for their kids, be described as enemies of the state! And remember, John Howard and Peter Costello, supported by Labor, decided that it was good policy to let them have tax rebates off their shares’ dividends.

Label me old-fashioned and not a hardnosed economist (as I’ve been called) but this calling out of retirees seems really unfair.