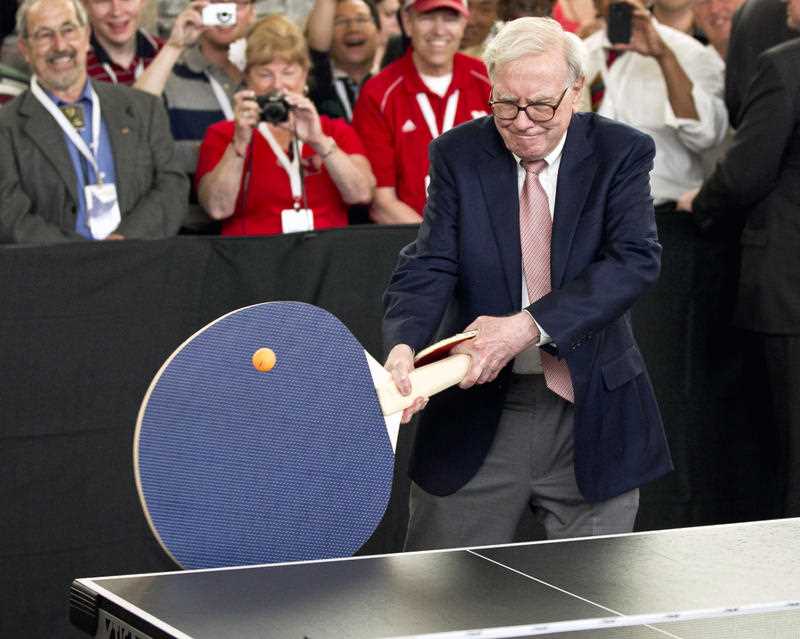 The news that Warren Buffett had bought into IAG for $500 million to hold a 3.7% stake in the insurer has even made news in the Greek press. But why wouldn’t it, given Greece’s closeness to Australia, with Melbourne the second biggest Greek town in the world?

The question I’ve already been asked is this: Is IAG a good bet, given the lead from the Oracle of Omaha and the guy who turned the insurer Berkshire Hathaway into the biggest share price company in the world?

What a stock! That’s why Buffett is called the Oracle of Omaha. So should we follow him into IAG?

Following shrewd investors doesn’t always work. As a young mug investor, I remember taking a tip on a Westfield placement and lost the lot. The guy who gave me the tip talked up the smarts of the Lowy family.

I recall a financial planner, who put his clients into a bad investment which drew newspaper attention, used the defence that the “Packers were in the investment”, so he thought it was a winner.

Following wealthy, smart people can be good and bad. It’s not the criteria for supporting a company.

Believe it or not, Buffett has made some blues but his wins have been great and explain his share price. Also, Berkshire Hathaway is not just an insurer but a big investor in companies that make good repeat profits and pay dividends. His big holdings have been in companies such as McDonald’s, Coca-Cola and American Express. Of his Gillette play, he once said something like ‘it’s nice to know billions of men have to shave each morning’.

He buys companies that sell to everyone and that’s why they have potential and do well. And he won’t invest in a company where he doesn’t like the management.

So how does IAG fit the bill? 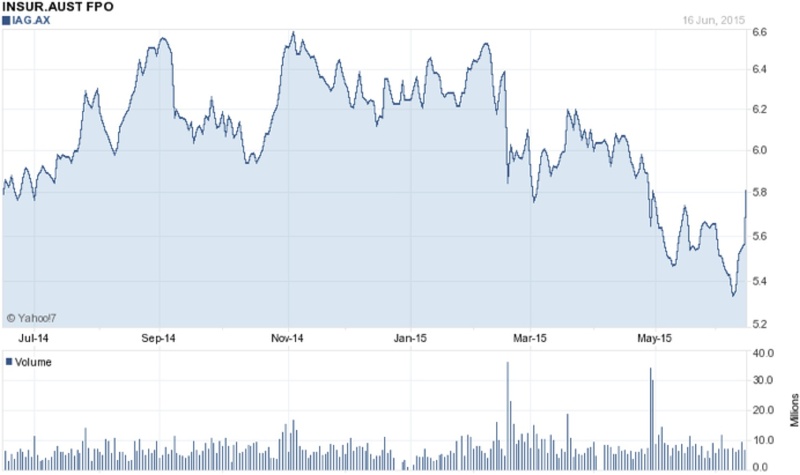 Well, the chart says it could be on a comeback, after topping out at $6.61 in November 2014 and has copping a slide. CEO Mike Wilkins is highly regarded and the Buffett seal of approval makes the same point.

Wilkins took over the show when the company was struggling and has done a good job, share price-wise, despite a recent slide. In 2012, it was under $3 and today trades at $5.81. It has been a good dividend payer.

Wilkins has put the company into Asian partnerships and this is what Buffett likes about the business. Its link to Berkshire Hathaway could be a good cushion against some of the odd things that can hit and hurt insurance companies.

Airline and insurance companies can face some really cruel curve balls at times and that has to be something anyone wanting to play ‘follow the leader’ with the Oracle must remember.

I guess if you’re diversified like Warren Buffet, then this could be a nice speculative play, which comes with dividends, but remember buying McDonald’s, American Express and Coca-Cola say 10 or 20 years ago, was a much bigger no-brainer than buying an insurer in the age of crazy climactic events.

That aside, I like the fact that by investing in IAG, Buffett is also giving a tick to the prospects of a great little country/economy called Australia. Go Wazza!