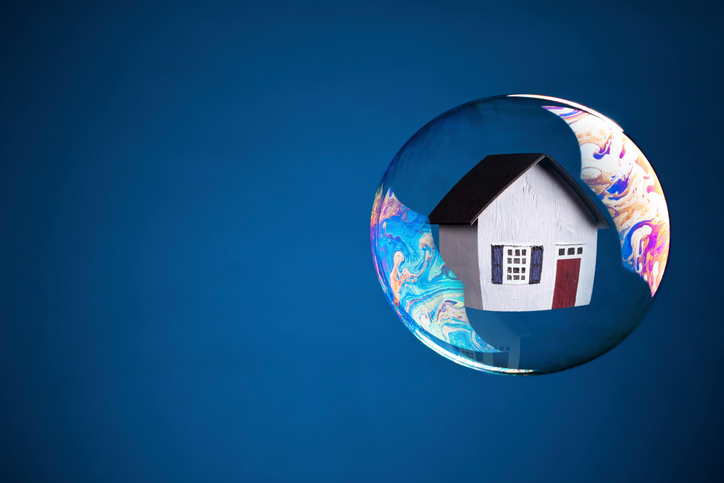 Should we really fear this housing bubble talk?

Is there a real story behind all this housing bubble talk, or are there a lot of publicity seekers simply blowing a lot of hot air bubbles? It doesn’t seem that we can get past one day without some media outlet reporting that we are living on the edge of the economic abyss and we’re about to fall into it.

But we should be used to it.

In July 2015, an hitherto ‘unknown’ Noble Prize economist, was tipping a bubble then. If you were spooked by his early call then and sold your Sydney property, you missed out on two years of capital gain! If you owned a $1 million home then, well, you’ve been scared out of about $200,000. And that’s a conservative guess based on the median change in prices. If you were in a red hot favoured suburb then, you could have passed up $300,000 or more!

In March 2014, the SMH carried a story headlined as: “Housing bubble fears: property prices could fall 10 to 20 per cent.” The story started with: “The $4 trillion Australian housing market is now overvalued by at least 10 per cent. Every day, valuations get more stretched. Indeed, Australia is just months away from having the most expensive residential property market in history.”

Of course, one day, our property market will have problems but if you’d listened to the warnings from this guy (I won’t name him because he’s a mate who’d hate to be singled out), you would’ve lost a fortune by selling out and waiting for a crash to buy in again at a profit.

Of course, the market is miles hotter now but you need a trigger for a property collapse and rising interest rates and a recession, which drives unemployment up, are both on the low order scale right now.

Next week’s low economic growth number, which could be negative for the March quarter because of Cyclone Debbie, coincides with what looks like a slower economy than many of us were expecting.

On Thursday, we see the latest business investment figures and, if they are disappointing, some fearmongers are likely to talk about a severe slowdown or even recession.

I doubt it and so does Treasury and the RBA. Maybe an interest rate cut would be ideal if this slower economy looks likely to settle in for a few quarters but house prices in Sydney and Melbourne will stop the central bank from cutting rates.

Our predicament has come about because the world needed low interest rates to beat their recessions that we didn’t go into. However, we still had fears about the GFC and it eroded confidence. The end of the mining boom was also linked to the worldwide recession and that didn’t help our economy.

However, because our official interest rates were at least 2% plus higher than most other central banks’ and the mining boom was ending, the RBA had to cut. This encouraged home-buying in Sydney and Melbourne like we’ve never seen before.

And part of the reason for that was that both states have grown quite strongly over that time. Provided we don’t see a recession and Donald Trump doesn’t fail in getting his tax plan up, or that clown in North Korea doesn’t destabilise the world, then we could muddle through this house price boom.

Today, Fairfax talks about a fund manager who has sold everything and he’s most worried about the East Coast property market. This guy isn’t a dope but he can be a publicity-seeker at times. However, this is a big call to give clients back their money.

I won’t name him unless he is right in the not-too-distant-future. If he’s wrong, he will be just another alarmist who has made a big, negative call.

The really smart investor, Jeremy Grantham from Boston, was warning us in 2012 and Professor Steve Keen has been onto it since 2010!

One day, these guys will be right — house prices will fall. But how bad will it be?

This chart of housing prices shows that there are ups and downs but the downs are deep, scary ones because we haven’t had a recession for over 25 years. Even then, the real estate price drop wasn’t a crash.

Provided the global and local economic pictures don’t go to custard, then a property crash in Sydney or Melbourne could be, in more likelihood, an orderly correction.

I’ve got a lot of money invested on this more likely scenario and if I’m wrong, I’ll be holding quality assets that will keep returning nice dividends and rent that will see me through until asset price rises resume.

That’s what happens in the real world, provided you invest wisely and can service your debts.

Beware false prophets, who, one day, will be right. But they can be wrong for a long time. Think about the economists who’ve tipped Australian recessions and have been wrong for a quarter of a century!