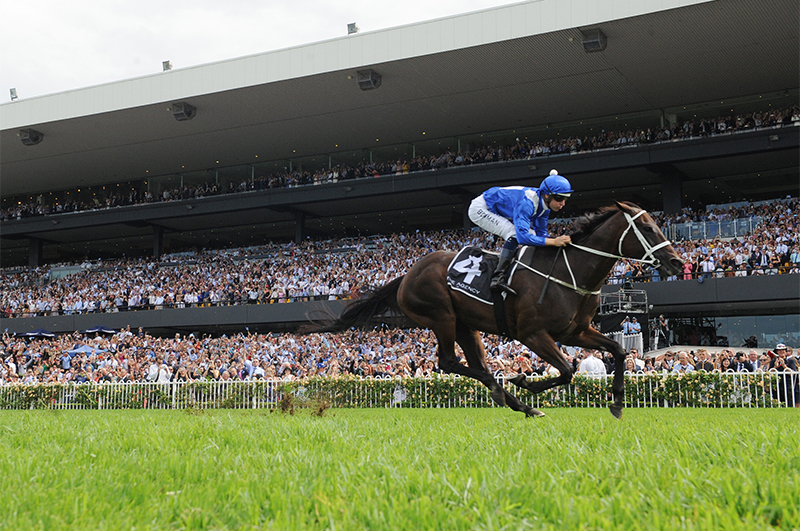 Shorten to do a Winx to win the tax cut race!

Stand by for Bill Shorten to pull out the whip to ride home to the electoral winning post, by promising bigger and better tax cuts than the Government dangled in front of us on Tuesday night. And why wouldn’t they?

Newspoll shows that the popularity score is 54% for Labor plays 46% for the Coalition on a two-party preferred basis. Meanwhile, the bookies (the guys who get it right except when someone odd like Donald Trump comes along) have Labor at $1.18 favourite (which is Winx odds) while the Coalition is priced at $4.50!

When the bookies offer a price like that in a two-horse race, Scott and his team are longshots. But Bill isn’t set to give the Coalition an even break by topping Tuesday’s tax cuts.

And why wouldn’t he, when the Reserve Bank (as I pointed out yesterday) has virtually told the Government that it wants tax cuts to help the economy turnaround after two weaker-than-expected quarters of economic growth in the second-half of 2018.

In 2018, then Treasurer, Scott Morrison announced he would give people earning up to $90,000 an instant tax cut of up to $530. Then with the encouragement from the RBA, Treasurer Josh Frydenberg said thank you very much and more than doubled that to give $1,080 to singles and $2,160 for double-income families.

This table shows the extent of the tax cut carrots that were intended to help the slowing economy and be dangled in front of turncoat voters, who now think Bill Shorten, is, to channel the new age, “de man!”

The Government’s commitment in Tuesday’s budget was a tax gift to 10 million Australians, with 4.5 million of us set to receive the full $550 on top of what was already promised. The table shows being middle-income was the best with these tax cuts. If you’re earning $126,000 plus, you get zip.

If you earn less than $47,999, the tax gift shrinks but the Government says it has and will be rewarding you in other ways.

So what is Bill set to offer the voters, sorry, the taxpayers of Australia?

Fairfax’s David Crowe (who I bet gets the good mail straight from the ‘horse’s’ mouth) says tonight Bill will offer “more help for workers earning up to $40,000 a year and limiting the benefits for those on more than $125,000.”

I’ve often argued that Labor is much better at politics while the Coalition is better at government, so Bill is set to be the champion of  “working mums” and battlers on low incomes and will offer bigger tax cuts to the 2.9 million workers earning less than $40,000 a year. And guess who makes up the greater chunk of this number? Crowe tells us about 57% of them!

The big test tonight of how hungry Bill is to be Prime Minister is what he does with the $255 handout for those on $37,000 or less. Crowe says Labor will offer $350 for workers in this group. But don’t panic if you think you are in the pay bracket that is set to give you a tax offset refund of $1,080 under Josh’s tax cut plan. Here’s a newsflash, which is the big news story for most Aussies who glaze over with all these post-Budget tax numbers that are thrown at you. If you reckon you’e in line for a $1,080 tax offset tax refund after you do your tax and send it to the ATO,  our PM-in-waiting (Bill Shorten) has backed the Coalition’s tax promises. They won’t be legislated until after the May 11 or 18 poll but you can bank on them showing up in your tax refund.

The best bit for those of us who care more about the collective good rather than the individual good, all this tax cut giveaway stuff ahead of an election comes when our economy needs a boost. And these tax cut electoral bribes come with the full support of the Reserve Bank, which might be able to avoid giving us an interest rate cut if these tax gifts get us spending.

The RBA would love to have 1.5% of cash rate cuts up its sleeve in case a nasty world recession comes along over the next couple of years. This sounds like a pretty smart idea.