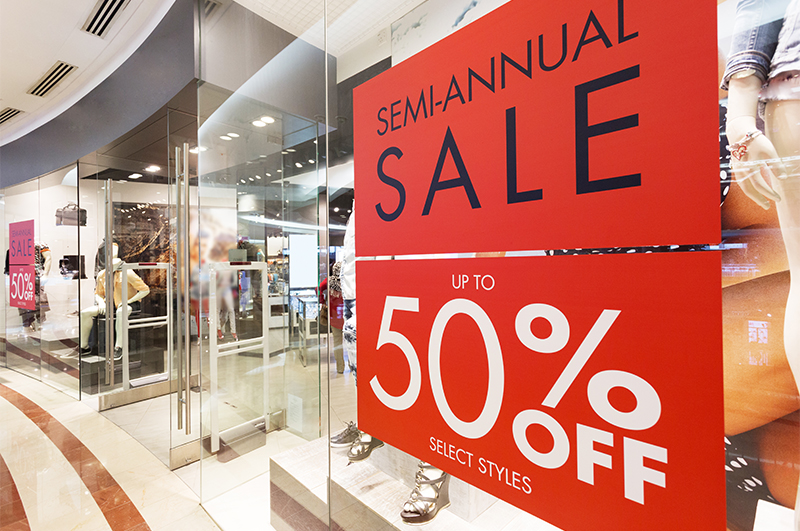 One of the more important jobs someone like me has is to flag developments that might tell my readers, listeners, viewers and financial planning clients what might happen to the economy, the stock market, interest rates, jobs and so on.

An early warning can alert an investor to go to cash before a stock market crash, encourage a business owner to hold back on a big investment, or vice versa, ahead of a major turning point for the economy, or it might convince someone to buy property before a five-year boom, which we saw recently in Sydney and Melbourne.

I reflected on my role as I digested the latest scary headline about the economy. The Australian’s Eli Greenblat quoted a Ferrier Hodgson ‘undertaker’, James Stewart, who said: “I have been working in the retail space for 20 years now, and I can’t ever remember those sorts of numbers for Christmas.’’  (James is not really an undertaker but someone who does business recovery or burial work, depending on the economic health of a business.)

This quote was linked to a screaming headline that went like this: “Retail fall ‘worst in 20 years!” (That’s my !)

And as an economy watcher, that headline and the quote seemed a little at odds with the recent actual retail numbers from something called the Australian Bureau of Statistics.

This made me think retail was doing OK but was a little off the boil but it has increased 10 out of 11 months, so I wasn’t expecting to see such a scary headline.

Further investigation, which is a good idea when you’re trying to guess the health of an economy, told me what the headline said and what James Stewart was talking about was slightly different.

He was noting the collapse in shopping centre traffic in the two weeks before Christmas and because it was the worst he’d seen in more than 20 years, it told him that retail business failures were on the cards. Now I’m not saying this is a good thing — businesses going broke — but it’s better than saying retail is collapsing and this is an early sign that the economy will collapse into recession!

Retail hasn’t fallen but foot traffic in shopping centres has and this is when you need to differentiate between cyclical and structural issues in an economy. I know you might be doing a Homer Simpson and thinking: “Boring!” However, I’m talking about a new age issue you should be aware of.

It’s no coincidence that Australia’s most famous shopping centre families — the Lowy clan — sold their Westfield shopping interests last year because the structure of shopping is changing.

We live in an online world so there’s a growing percentage of shoppers who do it digitally, which helps to explain lower foot traffic in shopping malls. Some of the lower retail spend is also because we outlay a lot more on services. Big boofy blokes like me actually have massages and have even been seen having a manicure! (Hey, I am on TV and throw my hands around a lot! That’s my story and I’m sticking to it.)

The buying online and the greater interest in buying services and experiences rather than goods reduces the reliability of retail numbers in telling us what’s going on in the economy. And interestingly, while overall retail is dropping in importance when it comes to our spending, over the year to November, growth of spending at supermarkets and grocery stores rose by 4.5% – the strongest growth rate in four years!

By the way, I’m sure the consumer in Sydney and Melbourne could be less confident as house prices have fallen by about 9% and 7% respectively in both capital cities over the past year. On the other side of the equation, the growth in jobs has been spectacular as well over the past few years so I’m not writing off the consumer, retail and the economy just yet.

Undoubtedly, we are seeing some slowdown in the economy and a lot of it is related to the air going out of the house price balloon but international trade, the labour market, business investment and infrastructure spending are all pretty strong, so I’m not converting from optimist to pessimist just yet.

I didn’t like yesterday’s reading from the Westpac-Melbourne Institute on Consumer Sentiment, which fell 4.7% to 99.6 in January, from 104.4 in December. This was the biggest monthly fall in more than three years but you can never get too excited about one month’s data. This is a monthly reading and happens to be at odds with the weekly reading from ANZ and Roy Morgan. This consumer confidence rating rose by 1.4% to 116.8, which is above the average of 114.3 held since 2014 and higher than the longer term average of 113 since 1990. And interestingly, the estimate of family finances in a year’s time was at 7-month highs!

One day a really worrying economic slowdown will happen but that day is not here yet, so beware scary headlines and unreliable economic indicators.