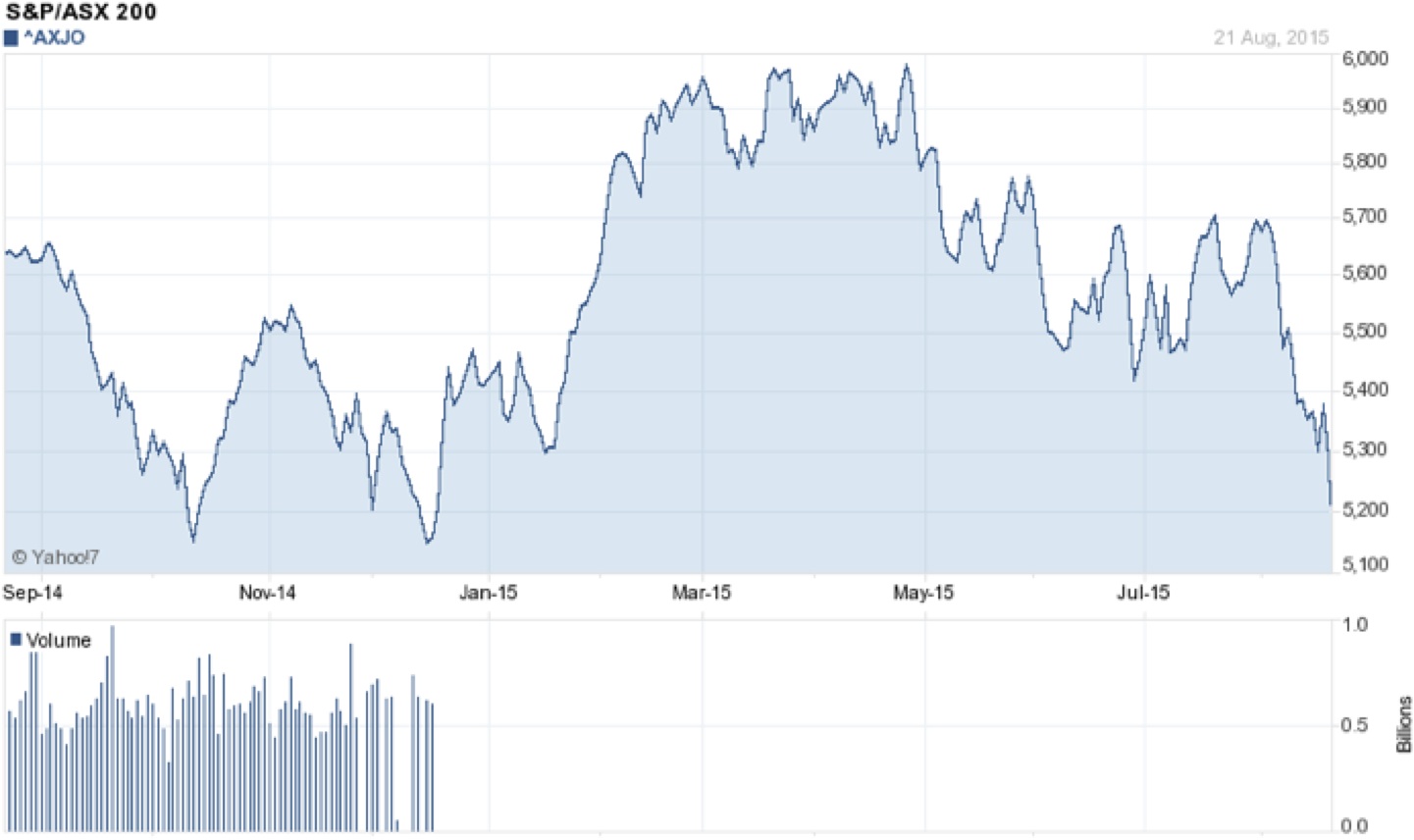 Sell everything! But I'm not

“Sell everything except high quality bonds!” said an economics and rates team out of Europe for investment bank RBS. It follows other financial institutions putting out worryingly bearish views.

UBS expects a bear cycle event over the next one-two years, while JPMorgan thinks buying the dips (as an investment strategy) is over and Citi has predicted slower momentum for earnings as the Fed raises interest rates.

The likes of George Soros has compared China’s problems akin to those that created the GFC and Dennis Gartman, a US-based newsletter analyst, has tipped we’re in a bear market.

Marc Faber and Peter Schiff are tipping Armageddon but they’ve been doing that for years. Unfortunately, one day, they will be right. By the way, Faber thinks the US and not China will be the cause of the sell off! He tips too much debt and a slowing economy are the bigger threats to stocks.

The Yanks created 292,000 jobs in December, which makes me wonder about claims that the US economy is in trouble.

I respect Gartman so I don’t like him going bearish. George Soros can be someone who can stop being media shy when it suits his investment strategy but I’m not saying that’s the case now. Only time will tell but I will remember these big call merchants if they’re right but also if they’re wrong.

RBS, in particular, will be really, well and truly put on my mental hard disk if they’re proved wrong because “sell everything” is a huge call. It affected our stock market yesterday.

We were up 53 points but our S&P/ASX 200 index ended down 7 points, so I reckon the RBS call that came out around lunchtime cost us 60 points.

RBS says China is going to cause a cataclysmic event, which is at odds with what Nobel Prize economist Joseph Stiglitz, who said only yesterday that China isn’t confronting a “cataclysmic” economic slowdown. He sees a slowdown but he’s not rattled by what he sees, unlike the RBS team.

If you’re someone who can’t take a big fall in stocks, then you should think about cashing up. That goes double if you could blame me for staying in too long.

I’m not a seller but I will be a big buyer, if stocks drop further.

Yesterday I told you that I liked the fact that we were down 110 points on Monday, which I called excessive, but the smarties came in and we finished down only 58 points.

I think this sell off is overdone but I was worried what this RBS warning to clients might do to market sentiment, so what Wall Street had done when I got out of bed at 5am was always going to be important.

The Dow Jones index was up when I got up, so it meant that the RBS call had not had an instant and sustained negative reaction. At 5:45am, it was down 6 points.

The yuan leveling out and a small rise for oil saw the index up about 1% at the start of trade, so the key drivers of stocks at the moment took centre stage over RBS’s and others’ calls but I never trust the last hour’s trade before the closing bell.

Why am I hanging on and refusing to sell?

Here are my reasons:

• I don’t think the Fed would be raising interest rates in the US if their economic crystal ball was screaming “sell everything”.

• The World Bank downgraded global growth from 3.3% to 2.9% last week because of Chinese concerns but it did tell us that we grew by only 2.4% this year, so they’re not using the same economic model as RBS.

• I can recognise if China is growing slower than expected, then stock prices and oil prices can fall but it doesn’t mean there’s going to be a market crash. It could lead to a correction of 10% or so but a crash is 20% plus.

• On the US economy, the chief economist at Goldman Sachs said the US jobs figures last week were unambiguously good, so a crash on say China growing at 6.5% rather 7% looks excessive.

• I think negative sentiment is out of control temporarily, with the likes of Alcoa reporting a better than expected profit but the share price fell 10% on slightly less revenue than expected.

To prove my point about excessive negativity, Standard Chartered Bank put out a $US10 a barrel call on oil but it’s now around $US30! With calls like that, you can see why there’s so much pessimism showing up on the stock market.

I’m a long-term investor and if stocks fall too low, I will be a buyer and will suffer the pain in the short-run and pocket the gain in the long run. I don’t buy crap companies so I can live with them.

As the old Dionne Warwick song might go: “In good times and bad times, I’ll be on your side forever more, that’s what investors are for.”

It looks like Wall Street disagrees with RBS, with the Dow closing up 117 points.