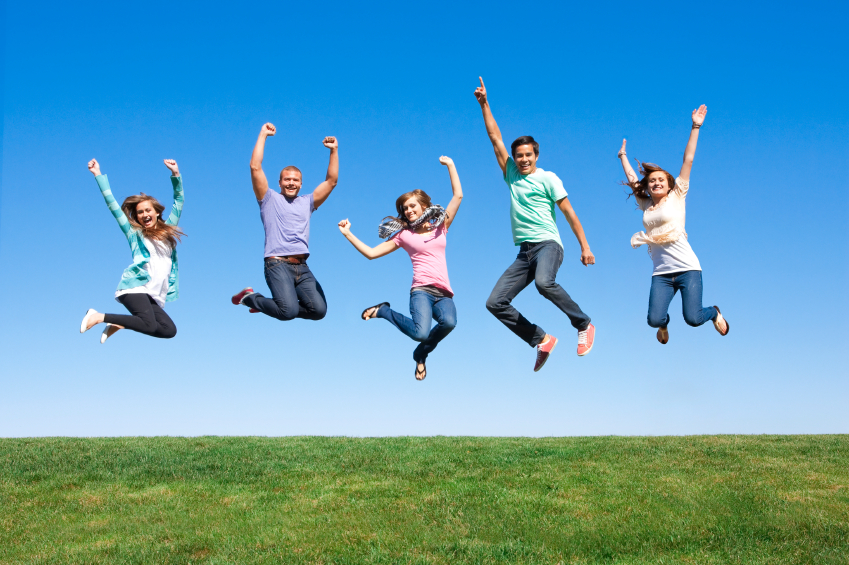 Screw the media! The Aussie economy is the best in the world!

After a great economic growth result for the December quarter, where our annual pace of expansion came in at 3% (the magic number where unemployment starts to fall), you would’ve thought our major newspapers would’ve had a bullish, positive headline.  But nope!

So let me do the job our economy deserves — Australia’s economy is a world-beater! And to steal a line or two from Paul Keating — these were a beautiful set of numbers and for me, this was the sweetest victory of all!

I know the stock market has been disappointing since March last year, despite a great day yesterday, with the S&P/ASX 200 index up 98.9 points (or 2%) to 5021.2, but this economy of ours has shrugged off the mining boom collapse to grow at 1.1% in the September quarter and 0.6% in the three months to the end of December.

By the way, the ABS initially reported the September quarter at 0.9% (which was a big number) but then revised it up to 1.1%. However, it was the December result I loved because on the Thursday night on The Final Count — a new TV show on Sky at 6pm — we interviewed an economist (who’ll remain nameless) who dismissed my suggestion that we could grow at 0.6% (or 0.7%). His response was a scoffing at this suggestion, saying it was more likely 0.4%.

Why was I so bullish? No, it wasn’t because I’m always bullish. It was because the numbers screamed that our economy was doing really well. I read out about 16 economic indicators last night on my Switzer program and most of them were either record highs — tourism, car sales, new homes approved to be built, etc. — or 5- or 7- or post-GFC highs!

Fair dinkum, if the growth numbers ended up being low, I was going to hand in my economist and forecasting ticket. I could name some people who should think about doing the same but I’m too gracious to name names.

It's ironic but when these numbers came out, even my colleague at Sky, Janine Perrett, praised my accurate forecasting, which isn’t something she’s used to doing or I’m used to hearing!

The outcome took me back to a December morning in the UK, where I was reading the Financial Times newspaper at breakfast. The article was saluting the UK economy’s economic comeback. The headline read — The UK has outstripped other major economies. However, when I saw the 2.3% number for the UK and the US at 2%, I recall thinking, “well, we’re at 2.5% and are likely to go higher looking at recent data.”

So here we are at 3%, which means we’re wiping the floor with our rivals and it’s when the mining boom has busted, energy and iron ore prices have slumped and we’ve got a media that chooses to be very humble about how good our economy is!

By the way, the stronger our growth number, the less likely we’ll see a recession. Some dopes called economists were tipping a recession last year, which some media outlets delighted in reporting. And great growth means better job creation and KOs that silly story of last week, which some media outlets gave a front page headline, about a housing sector bust that would crush our banks like America’s sub-prime crisis, which ended up in the GFC!

The intention of the economist in question was to parallel us with the Yanks and The Big Short film. Now, with these growth numbers, it looks more like a film that should be called The Big Rort!

I know that in the forecasting caper you can be a rooster one day and feather duster the next but I think we should be crowing about this great growth result because it adds to confidence. The Turnbull accession to power instantly bolstered confidence but the bulk of the good work came from a lower dollar, low interest rates, low petrol prices and, ironically, the stimulus from Joe Hockey’s small business Budget in 2015.

I’m sure Joe would have mixed feelings about this number as he sits reading his iPad in Washington this morning. Tony Abbott might have trouble with his muesli as well!

These numbers set us up for a good Budget outlook, as growth brings down the deficit and, in recent weeks, iron ore prices have spiked, which (if they hold) will also help the Budget’s bottom line.

CommSec billed this result as “The Fastest Economic Growth in Two Years” and if we used the RBA’s preferred measure of economic growth, which is based on six months, our annualized growth rate is 3.4%!

The economics team there also reminded us that over 300,000 new jobs were created in 2015 – marking it the best calendar year result in eight years.

Therefore I ask: why wouldn’t the media crow about that? I’m crazy about sport but I reckon we must be the champion economy of the free world and people like Bob Hawke, Paul Keating, Peter Costello and John Howard in his 20th year since his first election victory, all need to be recognised for their contribution, along with the rest of us who make up this great economy!