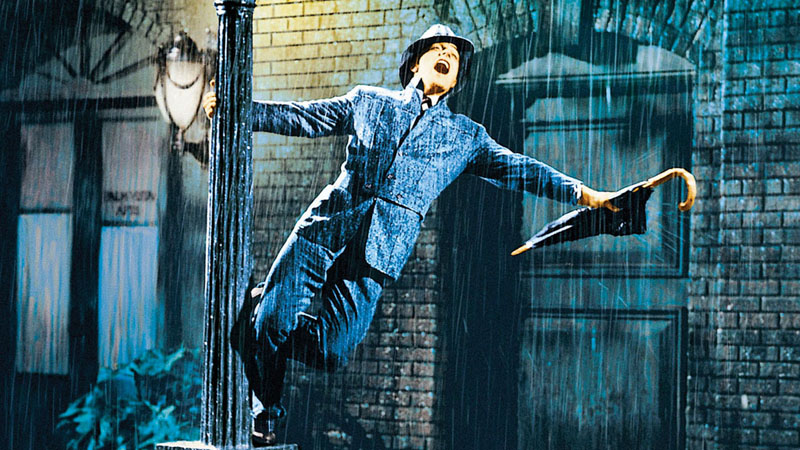 I’ve got to make a confession – I’ve cut down my watching and listening to radio stations and TV channels that specialise in news and current affairs! I know I work with some of the best media outlets that specialise in this fare but I’ve had a gutful of excessive negativity.

Psychology and self-development legend Wayne Dyer, who regrettably passed away last year, always argued that you are what you think and so I’ve tried to reduce the unnecessary negativity and skepticism in my life.

US motivator and life coach Tony Robbins reckons our brains have a homing device that makes us pick up certain stuff while a whole lot of other things are ignored, thanks to the smartness of the brain.

It’s seems like an attraction thing but it really is that your powers of observation have improved for that new thing in your life.

So extending off this argument I reckon if you continually feed yourself negative, depressing news stories you’ll find them attracted to you like the paparazzi to Miranda Kerr. And then, given what Dyer told us, if we’re always immersed in Turnbull versus Shorten snide insults, the annoying demands of vested interest groups, doomsday merchant economists, climate change alarmists and financial experts who are always warning us about a stock market Armageddon, then we are living a damn depressing life – by choice!

Or is it more complex than that?

Psychologist Tom Stafford, writing on the BBC website in July 2014 thinks we are drawn to depressing stories unwittingly. He points to a lot of people blaming the media for being excessively preoccupied with negative stories, but are we shooting the messenger unfairly?

There are those who suggest that a disaster story is more compelling than say a progressive news item about a town that is becoming gradually more happy, more healthy, less fat or whatever.

Stafford might have found some reason to believe that the media might merely be an accessory after the fact!

“Many people often say that they would prefer good news, but is that actually true?” Stafford asked.

Researchers Marc Trussler and Stuart Soroka, of McGill University in Canada set up an experiment to see who is to blame for the media’s preoccupation with the negative and to ensure reliable results they used a little thing called deception!

Instead of telling the participants what they were testing they used tricks to get a good handle on what news stories they were attracted to and sure enough the stories that were read most, were primarily depressing ones.

“Participants often chose stories with a negative tone – corruption, set-backs, hypocrisy and so on – rather than neutral or positive stories,” Stafford said the experiment found. “People who were more interested in current affairs and politics were particularly likely to choose the bad news.”

However, when asked, these people said they preferred good news and most blamed the media for the bad news domination of current affairs and  news reports.

Psychologists say we have a negativity bias, which means we have a “collective hunger to hear, and remember bad news”.

But we might have good reason to be bad news inclined and it’s because we’re hotwired to want to avoid threats, so our radars are always on the lookout for things to be wary of!

Research shows we react quickly to flash words such as “cancer”, “bomb” or “war” but a lot slower to less threatening words such as “baby”, “smile” or “fun”.

But this is only one explanation, Stafford says there could be more to the story.

Trussler and Soroka say we latch onto bad news because on the whole, we think the world is rosier than it actually is!

“When it comes to our own lives, most of us believe we're better than average, and that, like the clichés, we expect things to be all right in the end,” Stafford concluded from their findings. “This pleasant view of the world makes bad news all the more surprising and salient. It is only against a light background that the dark spots are highlighted.”

Maybe journalists like us are pretty complacent about the average niceness of their lives and so they bring us the bad stuff to make themselves and us feel better about our lots in life!

“So our attraction to bad news may be more complex than just journalistic cynicism or a hunger springing from the darkness within,” Stafford says. “It gives me a little bit of hope for humanity.”

And while that might get us – the media consumers and the media itself – off the charge of being dysfunctional lovers and purveyors of excessive bad news, it doesn’t make it right or positive.

So we might be able to explain our crazy preoccupation with the negative but is it good for you?

Dyer would say if you’re thinking and talking negative stuff then your life is predominantly more pessimistic than it needs to be. Meanwhile Tony Robbins would say that if you are on the look out for negative, you will find it too much of the time!

This instantly invokes the idea of the Law of Attraction, which Wikipedia tells us is the name given to the old maxim that "like attracts like". In simple, but I think believable terms, by focusing on positive or negative thoughts a person brings positive or negative experiences into their life. This belief is linked to the idea that people and their thoughts are both made from "pure energy", and the belief that like energy attracts like energy.

I’m not sure about the science but history has shown me that I respond to positive people and experiences and vice versa. Occasionally I have over-achieved to prove some asshole wrong but I’ve always preferred more positive motivation.

In 2013, the business website Forbes focused on Harvard University’s Shawn Anchor and his best-selling book The Happy Secret to Better Work.

His TED talk on the subject had had a huge four million plus downloads at the time and is now over 14 million!

Anchor says success is more likely if you have the “happiness advantage” and many of us make the mistake in thinking “If I can just find that great job, or win that next promotion, lose those ten pounds, or (fill in the blank), then happiness will follow”.

Anchor’s research turns this thinking on its head – we’ve got it back to front!

“Happiness fuels success, not the other way around,” Forbes’ Kathy Caprino says she’s learnt from a catch up with Anchor. “When we are positive, our brains become more engaged, creative, motivated, energetic, resilient, and productive at work.”

And it’s not just sensible speculation.

“This discovery has been borne out repeatedly by rigorous research in psychology and neuroscience, management studies, and the bottom lines of organisations around the world,” Anchor told Caprino.

He says five steps daily can help turn your negativity into positivity, which will help you get the ‘Happiness Advantage’ and the keys to more success.

1) Bring gratitude to mind: write down three NEW things that you are grateful for each day

2) Journal: about a positive experience you’ve had recently for 2 minutes once a day

4) Meditate: watch your breath go in and out for 2 minutes a day and

5) Engage in a random, conscious act of kindness: write a 2-minute positive email thanking a friend or colleague, or compliment someone you admire on social media.

Earlier this year I went to a Tony Robbins event where he appeared via hologram from the US and if I had walked off the street I would’ve thought he was on stage!

I’ve heard Tony many times over the years but hanging out with the positive, happy energy I picked up on that day has meant I’m now doing a hundred push ups a day, I’m looking out for material like this to give me both happiness and a productive advantage, which I’ve been sharing with the people I work with, the audiences I connect to and the people I love.

Don’t worry, I’m still on the lookout for the time when I think the stock market will crash, the economy will go into recession and all of the stuff you expect me to warn you about but in the interim period I’m pedaling positivity and happiness to ensure you are as productive as you can be and if that happens you will be successful.

Robbins says we often think we can’t succeed because we lack resources – money, support, expertise – but he says in actual fact it is a lacking of resourcefulness that explains failure.

Some of the world’s greatest success stories have come from people who started with virtually nothing apart from a drive and a determination to win.

And among all of the things I’ve ever really wanted to do with my role in the media, in my position as a financial adviser and business educator was to help others be the best they can be and that’s why I say screw pessimism, I’m going long on optimism!