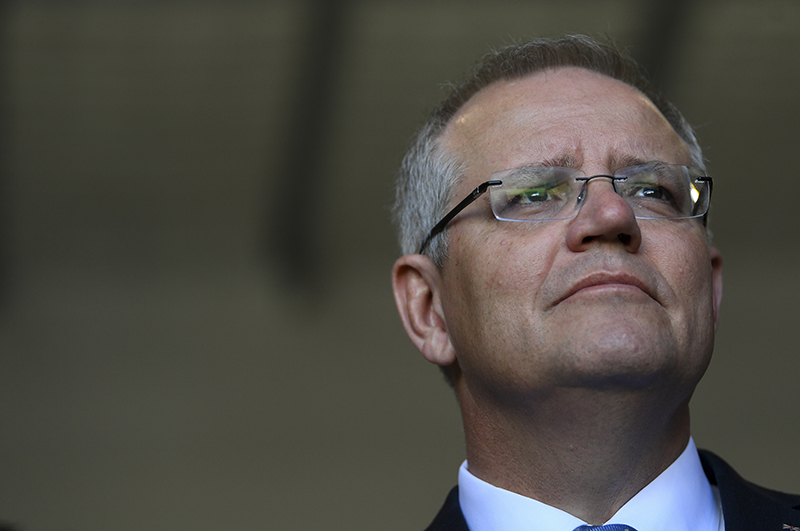 Scott, what do we want? Loans. When do we want them? Now!

If Scott Morrison wants an issue to improve his Government’s standing in the polls, then he could take a long hard look at how the banks are responding to the Royal Commission and APRA to actually help Aussies get loans, especially home loans!

And given the modest fall in house prices (which doomsday experts assure us will get bigger and scarier), the body of professional economists (as opposed to amateur economists) still think a soft landing for housing is the more likely outcome.

Recently I picked up this assessment from the world’s biggest bond business PIMCO, who took up the question about why should Australians think themselves different to the Yanks ahead of the GFC, where house prices did collapse after overborrowing.

“An international comparison also suggests that Australia lacks the preconditions for a housing market crash,” the PIMCO team revealed. “Key drivers of the U.S. housing crisis a decade ago – such as rapid accumulation of significant oversupply, compromised (sometimes fraudulent) underwriting practices and elevated leverage related to home equity and second lien loans – are absent.

“Australian mortgages are also full recourse with a strong social stigma attached to defaults. So far, the housing price correction appears purposely induced by proactive macroprudential policies, which suggests that regulators maintain decent control over the severity of the decline and have room to soften their stance if necessary.

Now PIMCO isn’t saying that there isn’t a threat of a bigger-than-expected house price fall but on present economic and other important assessments, a soft landing seems more likely. These people can’t just let their hopes drive their conclusions but I guess all of us allow our bias to affect our assumptions.

Most know I’m in the soft-landing camp and the current house price drops vindicate my position. The CoreLogic Home Value Index of national home prices fell by 0.7% in the month to be down a small 4.1% over the year. Sydney prices fell 1.4%, with Melbourne down 1% over the month. And on an annual basis, Sydney is down 8.1%, while Melbourne has lost 5.8%.

Interestingly, the last two capitals are thought to be on the way up after a few years in the house price doldrums.

Those looking for the house price collapse to bring a serious wealth effect won’t like this headline from CommSec: “Victorian retail sales growth hit 4-year high” and then there’s this one: “!”

The proportion of first-time buyers in the home loan market rose from 18% in September to 6-year highs of 18.1% in October and what about this stat: “The number of loans (commitments) by home owners (owner-occupiers) rose by 2.2 per cent in October – the largest gain in 15 months. But loans are down by 4.8 per cent on the year.” (CommSec)

So loans are down only 4.8%, which doesn’t look like the seeds of a house price collapse.

But that’s not to say that it can’t get worse.

Writing in The Age, Clancy Yeates hit on an issue the PM has to respond to, given what borrowers and now regulators are complaining/worrying about.

“The nation's most powerful financial regulators worry some banks are being “overly cautious” in their lending decisions, after the Royal Commission ramped up pressure on banks to scrutinise new customers more closely,” he writes today.

And the spectacular growth of non-bank lending is currently crucial for not making a soft landing for house prices a really hard one.

This week, the Council of Financial Regulators (CFR) said the loan tightening was “appropriate” and the system is better after APRA, in particular, reduced foreign and investment borrowing, as well as interest only loans to households.

And most sensible, analysts on these subjects agree that the pros outweigh the cons and the adjustment of loans where first homebuyers are getting more loans and the rampant price growth in Sydney and Melbourne has been mildly reversed, looks like good policy, as PIMCO observed.

However, someone like a PM has to watch how cautious and intrusive lenders have become. Banks are becoming a new breed of protectors in the ‘nanny state’ and it’s because their brand names have been trashed since the Royal Commission.

I’m not alone in worrying about banks behaving too well in investigating a person’s ability to pay back a loan, as the RBA has publicly inferred that it’s watching loan approval developments.

Clancy says “Mortgage Choice has recently warned its profits would be up to 15 per cent lower than it forecast in August, due to weaker than expected home loan settlements.” And its share lost 6.3% on the news to $1.11. These guys make money out of mortgage broker fees and if there’s a go slow on loan approvals, their profits fall, less people are going to auctions with money, house prices will slide further and eventually it could hurt the economy, which is creating the jobs that makes me think the house price slide will be soft rather than hard.

Most Aussies couldn’t give a toss about a lot of the subjects that Scott has been trying to build a relationship with us, but we really love buying properties. And despite the banks’ bad reputations out of the Royal Commission, they still do well in consumer surveys. And this week, the Westpac consumer sentiment survey showed that we trust them with our savings. Not only did we learn that consumer sentiment index rose by 0.1%  to a reading of 104.4 in December but the index is above its long-term average of 101.3. A reading above 100 denotes optimism and consumer confidence in Western Australia is the highest in five years! And on the question of the ‘wisest place for savings’, banks (30.6%) led the way from paying down debt (22.8%).

I think we Aussies have a healthy attitude to debt and for the sake of the economy and to preserve the key element of our passion for property (actually getting a loan), the PM has to get on the front foot and tell banks to be do their jobs and make loans! One final point, if loan defaults were high, I’d say banks are really crappy lenders. And if balance sheet experts were really worried about the banks finances, I’d be worried. But the S&P Spin Index in July showed that to May this year (based on their portfolio of mortgage-backed securities) there’s been a further move up in defaults compared with last month but it went from 1.36% to 1.38%!

And I love this chart of defaults around the States and it’s why the PM has to stand up for borrowers and the lenders who should be doing their job sensibly. 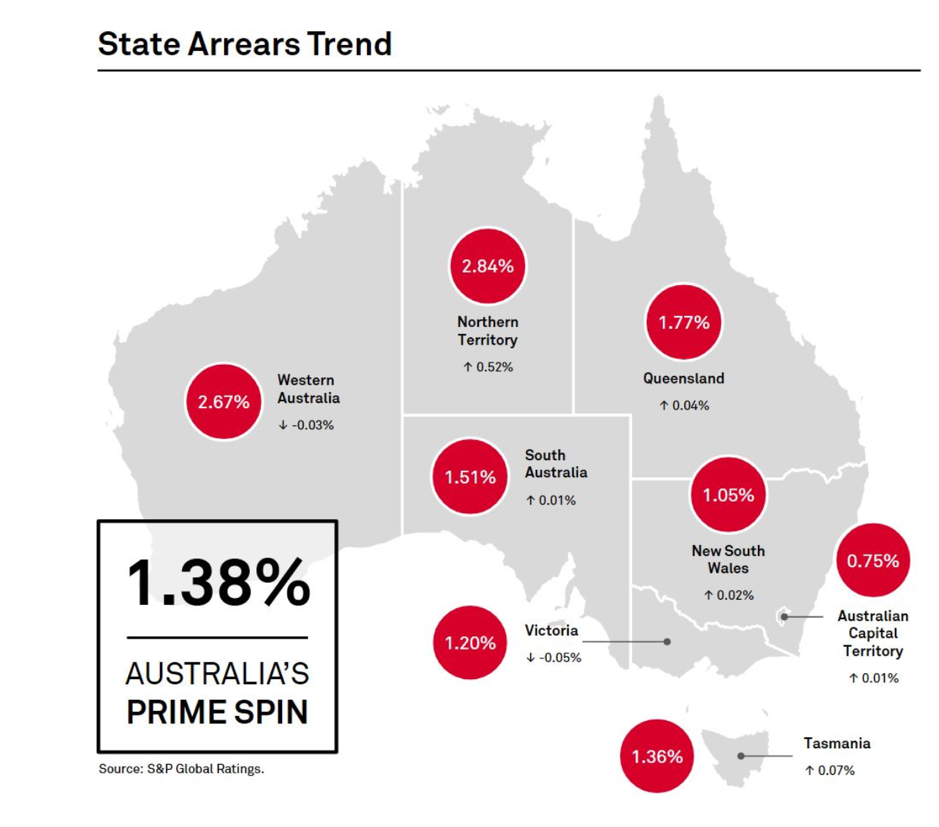