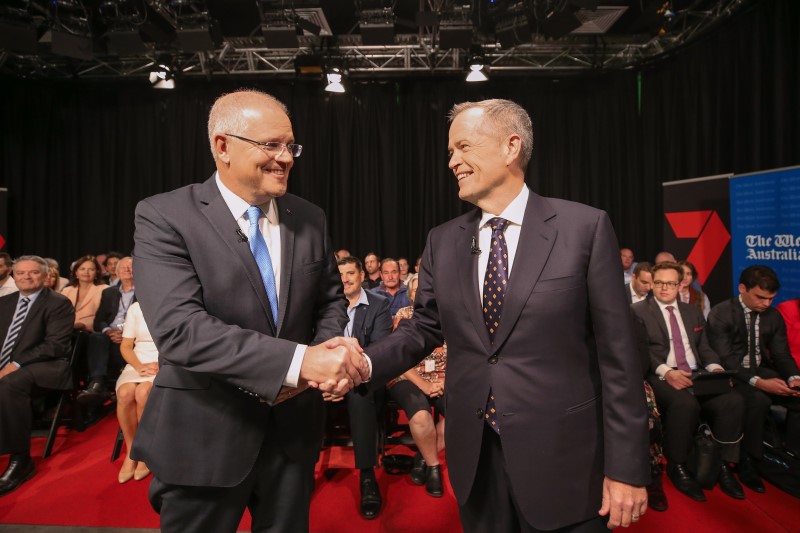 Scott & Bill, do something about property prices!

I received good and bad news on the property price problem earlier this week and while the bad news shows what an economic threat the Royal Commission and APRA have been to jobs and growth, let alone house prices, the good news shows that at least policymakers aren’t totally asleep at the wheel!

Until the good news, I was going to give a huge “Oi, wake up!” call to Scott Morrison, Bill Shorten, Josh Frydenberg and Chris Bowen because these guys can’t afford to play compliant politicians while there august policy buddies crash and burn the economy.

Recall that I’ve always argued that it was dumb do-nothing politicians who allowed the problems to fester in the financial sector so it became an easy political play for Bill Shorten and Labor to make capital out of calling for a Royal Commission.

Sure, it has unearthed bad practices by banks, insurers, financial advisers and others but if ASIC and APRA had been given the money and the staff, and there were kick-arse Ministers who were across their portfolios, then we would never have needed the Royal Commission in the first place.

That’s why I’m agitating for politicians to be more involved and more knowledgeable about their jobs and what needs to be achieved. And right now the lending industry needs intervention.

This is where the bad news comes in. My column on Monday said there were some positive signs that maybe a bottoming of the falling prices in the property market was happening. Auction clearance rates, sale prices and the belief that banks were getting less strict about info from borrowers all added up to the possibility that a bottom might be forming. Also house price monitor Core Logic suggested the price fall rates in Sydney and Melbourne were looking to be easing.

So when I interviewed the CEO of Mortgage Choice, Susan Mitchell, I had to ask her: “Are the banks making it easier for your brokers’ clients to get home loans?”

The answer stunned me. She said: “No.” (You can listen to this podcast here).

Internally, I reacted with “what the f—k!” but soldiered on probing, hoping that there were some signs that good sense has returned to the risk experts in banks.

OK, I get it that banks were too cavalier in saying “Yes” to loans before the Royal Commission but the rules applying now are too rigid and people I know who are unbelievably good borrowers with incredible ability to pay back loans are getting “No” or “we will lend you less” from their lenders.

I asked Susan what percentage of people who used to get hear yes are now getting no, or being told they will have to borrow less? She replied: “20%!”

That staggered me because this new lending regime is becoming an economic threat and Scott or Bill and Josh or Chris have to get involved after the election because I’m talking about a real economic threat.

The AFR’s Chris Joye wrote a piece revealing that “very senior industry participants believe the RBA and APRA are considering a targeted alternative to a cut to the official cash rate, which would involve lowering the minimum 7.25 per cent interest rate banks use when assessing a home loan borrower’s repayment capacity by 50 basis points to 6.75 per cent.”

Can you believe it? With rates at 4% or lower, the risk number crunchers are presuming that rates could rise to 7.25% when they work out whether you can meet your payments!

This is like using a 20-year old Formula One car to win a race at Albert Park in next year’s Grand Prix!

The Fed in the USA raised rates too fast and their economy looked like it could fall off a cliff. With inflation looking very different in a post-GFC, internet-competitive, highly globalised and digitally disruptive world (where few businesses have price-making ability and labourers are competing with workers in some of the cheapest countries for wages), rates at 7.25% look like a decade away, if we’re lucky. Or is it unlucky?

Joye says dropping this risk rate from 7.25% to 6.75% “would improve the average home buyer’s borrowing capacity by more than 5 per cent and increase demand in the weak housing market, which was a key driver of the low March quarter inflation numbers (newly built house price inflation declined by 0.2 per cent while rental inflation was very soft at 0.1 per cent).”

The problems in the finance industry that happened over decades were because politicians were asleep at the wheel, they were negligent or simply dumb. Whoever is in charge has to take responsibility for the running of the economy. Right now if this current yes-no regime on who gets loans prevails, then the Armageddon army, who predict 40% house price falls in Sydney and Melbourne, might see their dreams come true.

I’ve always believed that policy responses would have prevented this worst case scenario happening but I never believed that lending authorities would be so stupid as to believe that killing good borrowers access to funds is a sensible idea.

The problem is that policymakers are living in an old world where interest rates were higher, wages rose quickly when unemployment fell to current levels, where we didn’t buy stuff on the Internet, we largely holidayed at home, drove locally-made cars and watched free-to-air TV.

We’re living in a world progressively dominated by the FAANG group of businesses and the ones that copy them — Facebook, Apple, Amazon, Netflix and Google. These have encouraged the likes of Afterpay Touch and fintech businesses that are challenging the role of banks, what they do and how they do it.

It’s a fast-changing world and we don’t need slow politicians and policymakers dumping us into a recession because they simply don’t get it or they’re ignoring the bleeding obvious signs.

Who’s the most liked Aussie Premier?
Infections up. Stocks up. Crazy Dumb Americans!
ScoMo’s heading in the right direction for growth and our affection
It’s good news week: we’re on the eve of re-construction!
“Whatever it takes” should be the PMs war cry