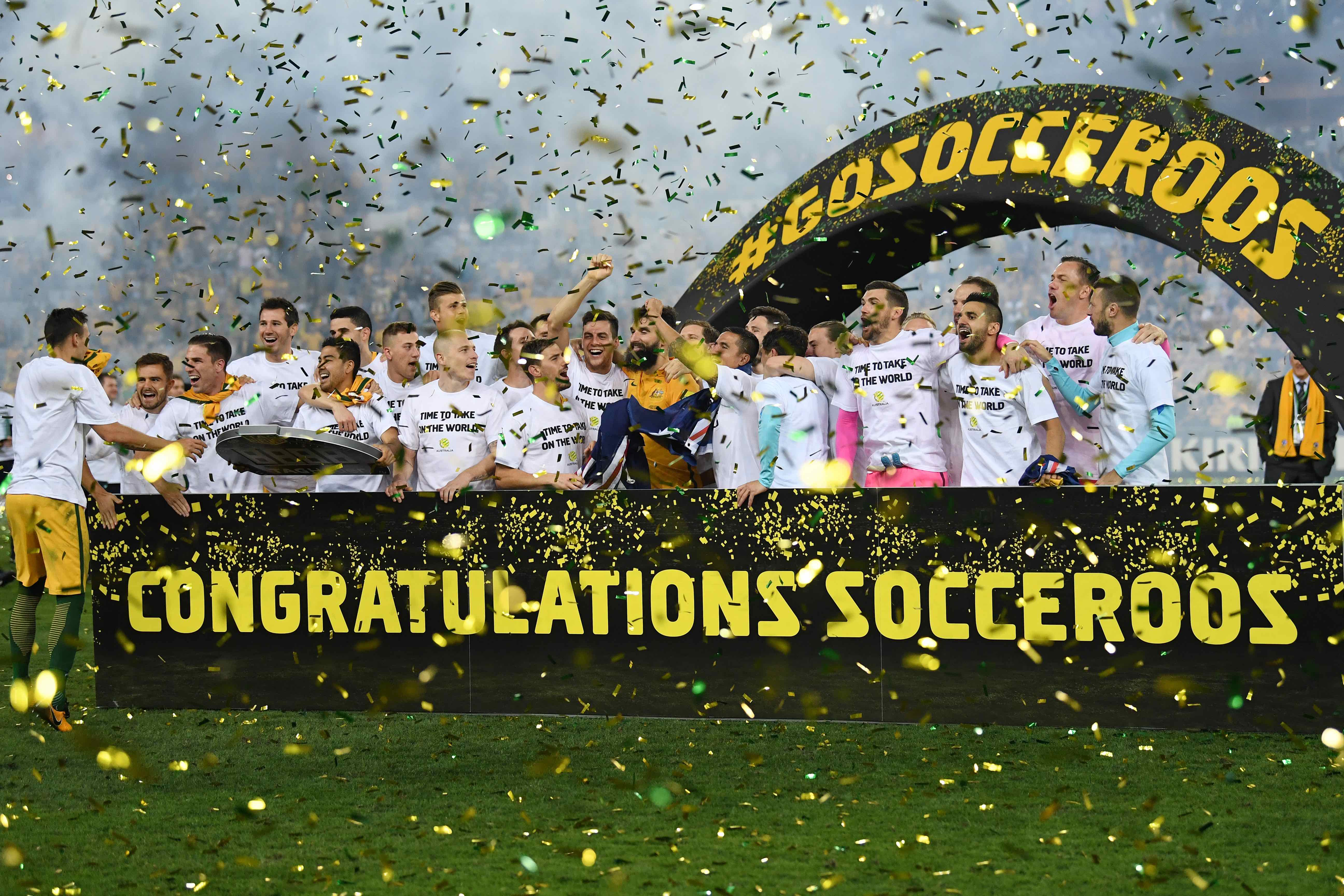 Same sex and soccer wins good for the economy!

Same sex legislation and the Socceroos’ Russia reigniting win against Honduras made November 15 a good day for the economy in 2018 and all we’re waiting on now is Donald Trump to talk his own Senate into passing his tax cuts to ensure next year is a ripper for stocks and the economy.

Regular readers know I’m on a unity ticket with the Reserve Bank in believing that our economy will move into the 3% growth zone. I believe the likes of Chris Richardson and the business leaders from a recent AICD survey, who see wage rises kicking in at better levels next year.

I believe that our dollar is bound to fall as the Yanks raise interest rates, starting in December, which could bring three to four rises next year, and this should send the greenback up and our currency down.

Also strengthening the US dollar should be the Trump tax cuts getting through Congress, which would also help the US dollar go higher while taking ours down.

Macquarie’s experts think commodity prices will stay in the current elevated prices range, so that should help exports and related stock prices, while even the RBA’s Deputy Governor, Guy Debelle, told a conference this week that at long last non-mining investment was on the rise.

Investment today feeds growth in 2018 and it comes when we saw the latest health check of the business sector from the NAB on Tuesday.

This told us that:

On the consumer front, it was a mixed picture, with the Westpac monthly reading only just negative, with pessimists slightly outnumbering optimists after a previous month when the opposite happened. However, the weekly ANZ/Roy Morgan consumer confidence rating rose by 2% to 114.8 – its highest level in seven weeks - after falling by 0.7% in the prior week. Sentiment towards current and future economic conditions rose by 3.5% and 7% respectively.

Meanwhile, expert stock market analysts have local earnings from our top companies on the rise and many are tipping our S&P/ASX 200 index to reclaim the 6000 mark before Christmas, before marching to the 6500 level or higher by year’s end.

Throw into this largely positive mix the hospitality spend that will come from same sex couples, who aren’t renowned for their money miser ways, and we can see the demand for reception centres, catering, photographers, alcohol providers and marriage celebrants going through the roof.

Meanwhile, imagine what hotels and all the related businesses to Australian soccer would have missed out on if the Socceroos had lost on Wednesday night!

In the whole economic scheme of things, these are small spends compared to what will be spent on infrastructure next year, which is another strong argument for the economy in 2018, but both of these events will help consumer confidence and could prove to be good omens for an economic optimist like yours truly.