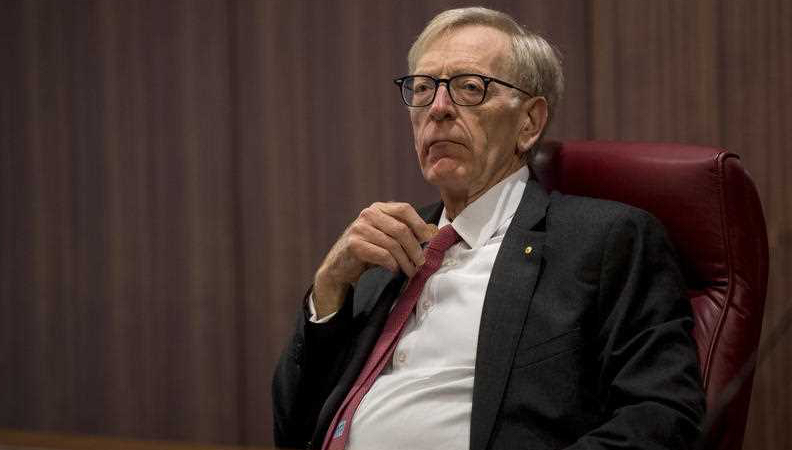 It’s the day before the ASX storm but we don’t know if the havoc set to be imposed on the stock market from the Hayne Royal Commission (RC) will be ruinous for share prices or capable of igniting a rally! Yep, bad news for banks, insurance companies, mortgage brokers and super funds could actually prove to be good news for these financial companies’ share prices!

Even before we get to hear those explosive revelations from the RC, the local stock market’s futures tell us that it will open up 20 points higher.

Bank and other financial institutions share prices have been belted since the RC was announced and then after it started doing its regular shocking, media show-and-tell exercises. The standout there was the charging of premiums/fees for dead people, which invoked a twist on the line from the movie The Sixth Sense: “We charge dead people!”

No company shows the impact of the RC’s unearthing of bad practices than AMP, and its share prices tells the tale graphically (see the chart below). 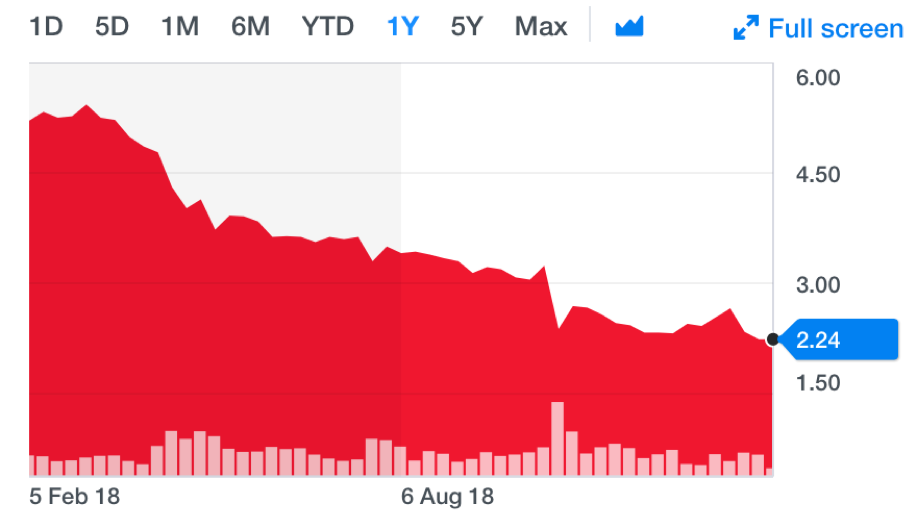 So why would the revelations of how financial institutions should be punished and reformed be good for share prices?

1.     Uncertainty gets reduced today and stock markets hate the unknown, which has given rise to an old maxim of “sell the rumour, but the fact” and we get most of the facts today.

2.     Short-sellers have been making a lot of money out of punting that bank share prices would fall but if today’s revelations and then the Government’s and Labor’s responses are more measured than many think, there could be a short-squeeze where short-sellers rush to buy bank stocks so they don’t get caught out making the wrong bet. These guys win when the share price falls but lose big time when a shock revelation pushes share prices up.

3.     The emphasis from the RC might be more about better regulation of finance businesses and their people rather than huge monetary penalties that could slug share prices even more. Regulators — ASIC and APRA — should be in for a big serve for not being more involved and aggressive with their monitoring and punishing of bad performers in the industry.

4.     And previous Governments and their finance ministers and Treasurers going back for decades could easily be castigated for being asleep at the wheel or for not having the guts to take on these huge, money monoliths that have dominated the finance sector.

I’ve always argued that the Royal Commission would KO share prices. It did exactly that and partly explains why our stock market has done precious little for a year. The years 2016 and 2017 were positive for stocks and we were on a nice uptrend but the RC plus Donald Trump’s trade war and the US Fed raising interest rates have played havoc with our stock market. It was a perfect storm of crap that was bad for stock prices and our super funds.

With Donald likely to cut a stock market-liking deal on trade with China before March 1 and the US central bank promising “patience” on raising interest rates, all we need is to get RC recommendations late today and then Government and Labor responses that that don’t spook the market and  share prices will start heading up.

And that would be a win-win outcome — the financial sector put into a new pro-consumer mindset, that’s not as lucrative for banks and other finance businesses but not given new punishments that will KO share prices tomorrow.

Why do I say tomorrow? Well, we don’t see the recommendations until 4pm so it will be these revelations and what the PM and Bill Shorten say on the news overnight that will create the stock storm tomorrow.

I hope everyone from Ken Hayne to Scott Morrison to Bill Shorten and their Treasurers get their script right. The Government will be trying to promise change that consumers/voters see as a responsible response but they would hate the share prices of banks and others to slump tomorrow.

It’s going to be interesting to see how our Bill responds. He agitated for this RC and we’ll get to see if he’s ready to play the national leader of tomorrow today or will he remain an Opposition politician keen to reinforce the maximum embarrassment on his rival, no matter what the cost to super funds and most Australians?

I hope he goes for the national leader option.

For me, the Royal Commission’s best outcome is to ensure those who lost from past bad behaviour get compensated. Then new laws are needed to ensure discredited practices don’t return. And finally, we need a permanent, easily accessed consumer claims tribunal that will be lawyer-free and is designed to ensure customers ripped off by financial institutions are protected and, again, compensated.

The RC should not be part of a political blood sport but a chance to clean up a sector that has been able to carry on, unchecked properly by governments for far too long.