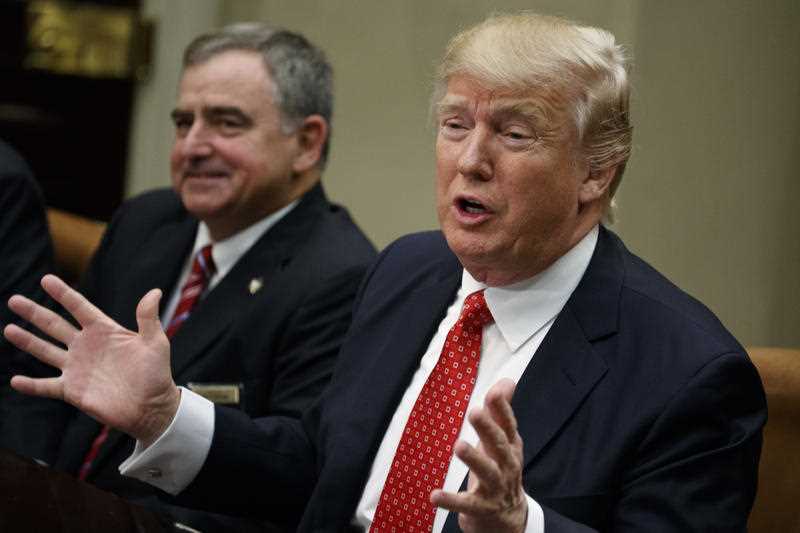 RBA is on the Trump train, so get on board!

The economy is doing OK and is likely to get better over 2017, so ignore the doomsday merchants and get on board the Trump train, if you want young and older Aussies to get jobs. This isn’t the raving of a Trump-lover but the implied message from the Reserve Bank of Australia!

Yesterday, the RBA kept interest rates on hold and by using the central bankers term of keeping monetary policy on a “neutral stance” gave strong hints that first, interest rates are on hold for most of 2017 and second, when they do move, it’s more likely to be up rather than down.

Now I know sensible and sensitive human beings can’t stand the very existence of people like Donald Trump but economics has been tagged the dismal science and there are many reasons for it. One reason is that sometimes socially unacceptable policies can be OK economics.

Want an example? Try the GST. There were social implications, which compensation was used to offset, but it still had some negative social consequences but positive economic deliverables.

A tough crackdown on social welfare payments is another case in point.

So what did the RBA say that put it on the Trump train?

Of course, no one like the RBA Governor Phil Lowe would ever say Donald Trump is good for the Aussie economy but you can easily see he sees merit in the US President’s policies of lower taxes and more infrastructure spending and how it could help both US and global economic growth.

As an economist, Phil might know less banking regulations will lead to more lending and more economic growth, though as a central banker it could worry him, a little. 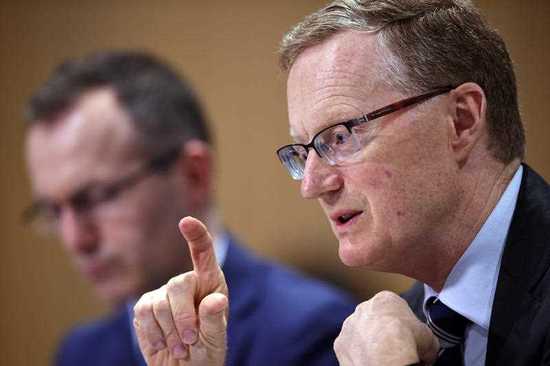 This was CommSec’s chief economist Craig James' view on the RBA’s position on things economic: “Importantly though, the Reserve Bank remains positive,” he wrote. “The global economy has “improved”; domestic economic growth is forecast around 3 per cent; and headline inflation is tipped to lift to over 2 per cent in 2017. So while the Reserve Bank is sticking with its “neutral stance”, it clearly won’t be cutting rates anytime soon.”

James’ interpretation of the RBA’s statement got down to this: ”If the Reserve Bank was to change rates in coming months, the trigger is more likely to emerge from overseas, probably a development from policies adopted by the new US Government,” James concluded. “For instance, stimulatory policies could serve to lift the US, and the broader global economy, in turn boosting inflation. In that event, rate hikes would be more likely in Australia than rate cuts.”

Of course, Phil is never going to say “we’re on the Trump train” but he did put this out: “Conditions in the global economy have improved over recent months.” That’s the best you can expect from a central banker but when you think about  “recent months”, you can’t do that without thinking Trump!

Phil has then focused on the Oz economy and this is what he said: “In Australia, the economy is continuing its transition following the end of the mining investment boom. GDP was weaker than expected in the September quarter, largely reflecting temporary factors. A return to reasonable growth is expected in the December quarter.

“The Bank's central scenario remains for economic growth to be around 3 per cent over the next couple of years. Growth will be boosted by further increases in resource exports and by the period of declining mining investment coming to an end. Consumption growth is expected to pick up from recent outcomes, but to remain moderate. Some further pick-up in non-mining business investment is also expected.”

I hope our most august economics outfit (the RB) is right on the economy, as 3% growth is great for job creation. And if we have to accept some annoying aspect of Donald Trump to get Aussies into work and a better life, then I can accept some slightly unpalatable politics for good economic and then social consequences.

The best way to improve the life of an unemployed Australian is to give them a job!