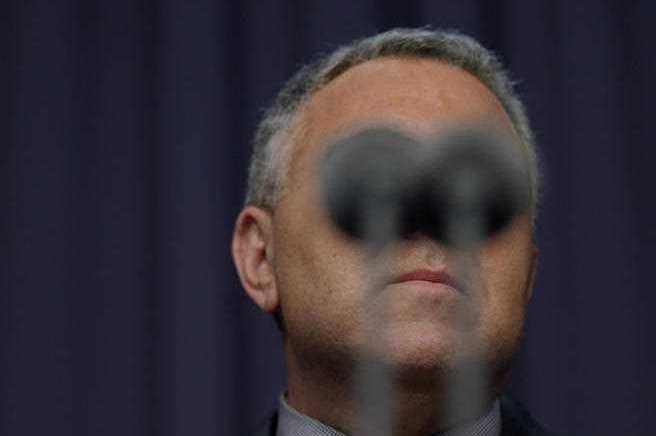 The Reserve Bank finally did the right thing and cut the cash rate to a historic low of 2%! Financial markets, however, had normal people scratching their heads pondering why the dollar went up and stocks gave up pre-cut gains! I don’t consider myself normal when it comes to matters economic but I have to say I was a little surprised!

History has taught me that there would’ve been a logical reason for the dollar not falling (which the RBA wanted) and the stock market not spiking (as I presume the RBA would have expected).

Well it all came down to what the RBA’s statement (that went with the cut) said. You see, the central bank took out the words that referred to an “easing bias”, which meant many concluded that this was the last rate cut!

That gave certainty in an uncertain world to some market players and the rest was market history: the cash rate went to a historic low and the dollar rose and that probably was the best explanation for why stocks fell.

Right now, banks have a question mark over them, after Westpac’s less than great report this week. Also, their high share prices and the view that banks will be forced by the regulator to increase their holdings of capital, have made them look less attractive.

We don’t know the timeframe for this but it still cuts down the enthusiasm for bank stocks. And as they make up about 40% of the index, and when you throw in the challenges for stocks such as BHP and Rio, you can see why the stock market index is finding it hard to beat the 6000 level.

Before yesterday’s odd reaction to the overdue rate cut, one nice driver of the stock market has been a sinking dollar, which helps a lot of companies that had some headwinds when the currency was closer to parity and above.

The experts say the removing of the “easing bias” reference reduced the expectation that these stocks would benefit from the rate cut via a lower dollar.

What happened to the dollar overnight, after Europe and Wall Street looked at the RBA’s work? They agreed with the local honkies, with the Oz dollar now around 79.39 US cents!

It’s possible, no, likely that in the Treasurer’s office in Canberra, I reckon you might have heard at least one MP let out a “what the #!!?” when he saw the market reaction to what should have been a very positivity-generating rate cut.

Many economists expected that this would be the last rate cut and I was one of them, but given this market reaction, I’m not so sure. I want it to be the last. I want Joe to create a very positive Budget next week for growth and jobs and I want to see good reasons for consumers and businesses to get more confident by this time next week, when the newspapers will be full of post-Budget analysis.

Yesterday’s happenings post rate cut were annoying for an optimist like me and it means those economists and market experts, such as Contango’s George Bourbouras, who thinks rates must go lower for the stock market to head higher on better earnings, might end up being right. I really don’t want this to happen because the RBA would only cut again if the economy is heading to hell in a hand basket. And I don’t want that!

Overnight, disappointing data on the US economy, the breaking of technical levels and Greece took the Dow down 142 points, so a rebound for us today could be very hard. That said, oil hit $US60 a barrel — the best read since December. That will help but the headwinds look pretty damn negative and that’s not the way it should have been, given our cash rate cut.