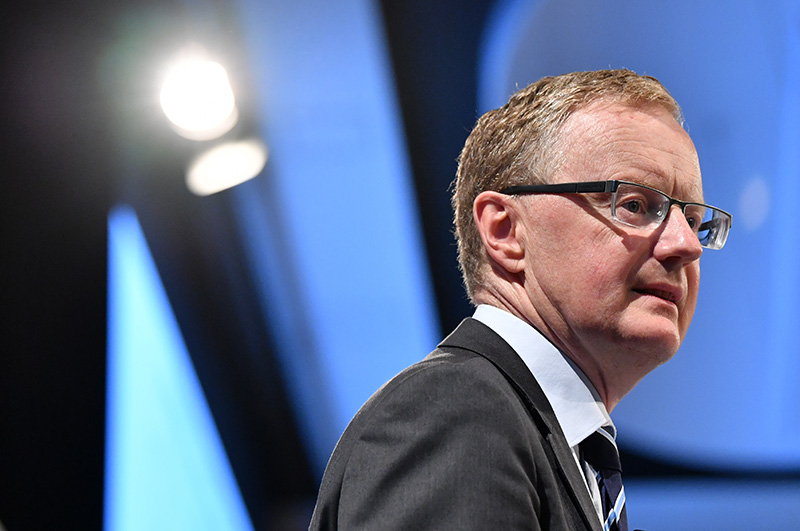 Rate cuts are coming. Read all about it!

One thing that was proven yesterday was that our RBA Governor, Dr Phil Lowe, didn’t want to get political during the election campaign. That’s fine but he might have taken a risk on not being economic and delaying a rate cut by a month!

Yep, after sifting through his lunchtime speech, I’m now in the “yes he will cut” camp. And CommSec’s chief economist, Craig James, is now expecting cuts in, wait for it, June and August!

Dr Phil’s speech was called “The Economic Outlook and Monetary Policy”, which was a pretty boring title but what can you expect from steady types like central bankers?

That said, he didn’t mince his words. He wants to get confidence up as quickly as he can because he’s more concerned about the economy than he was when I lunched with him at the National Press Club get together in early February.

I don’t know what you’re like at copping hints or tips but you’d have to be thick not to cop this one from Dr Phil after he said this: “A lower cash rate would support employment growth and bring forward the time when inflation is consistent with the target. Given this assessment, at our meeting in two weeks’ time, we will consider the case for lower interest rates.”

It’s over red rover: it’s cutting time! And all the economists (such as Westpac’s Bill Evans, AMP Capital’s Shane Oliver and recently NAB’s Alan Oster), who have been calling for this for over six months, have been ahead of the curve.

It could be because they’ve seen first-hand how the Royal Commission and APRA have stifled bank lending. I’ve said here before that Mortgage Choice’s CEO Susan Mitchell told me that 20% of borrowers, who used to get loans, are now copping a “No” or a reduced loan offering.

And when one in five people can’t get the money to buy homes, expand their business or renovate, it’s a pretty big economic problem. This has shown up in the economic growth numbers that we saw for the September and December quarters. They added up to a measly 0.5% but when you take this six-month figure and double it to get an annualized feel for growth, it’s only 1%! That’s hopeless for job creation. I suspect the RBA is not over-impressed with the indicators for the March quarter growth, which hasn’t been released yet. And that’s why Dr Phil is giving us the heads up that a cut is coming.

I also suspect that the RBA wants to cash in on the usual confidence boost that comes when an election is over. This is especially so when the new Government is not coming with some kick-arse scary policies for business, homeowners, retirees and investors.

Phil’s change of heart is linked to the Government’s best story — its job creation record — which is starting to lose some of its oomph. This is what he said on the subject: “Recently, some labour market indicators have softened a little: the unemployment rate ticked up to 5.2 per cent in April; the underemployment rate has also moved a little higher as there are more part-time workers who are seeking additional hours; job advertisements have declined; and hiring intentions have come off their earlier highs.”

Dr Lowe is right. It looks like he’s set to take out some insurance by cutting now to try and arrest any excessive negative developments in the job market.

Phil accepts a rate cut might have less effect than it has in the past, given how low rates are, but he thinks “a lower level of interest rates could still be expected to support the economy through a depreciation of the exchange rate and by reducing required interest payments on borrowing, freeing up cash for other expenditure.”

This is a careful guy trying to put a circuit-breaker on a bout of negativity and given there are ‘experts’ telling us that there is mortgage stress out there, though how they measure that accurately baffles me, lower repayments should be a help.

But Dr. Phil knows the economy needs more than rate cuts so he’s put the acid test on Scomo for some friendly fiscal measures to get Aussies spending. He called for the tax cuts ASAP and wants the Government to spend on infrastructure projects.

If you had to sum up the speech, you’d have to think about the Little River Band number that goes: “Hang on, help is on its way. I’ll be there as fast as I can...”

On Friday, financial markets were ‘betting’ that a June rate cut was an 80% chance but now, after what I’d say is the biggest central bank inside info tip of all time, it would be getting close to 100%! But after last Saturday’s sure thing with Shorten, I’d only put a smaller wager on it. There are now three things that are certain: death, taxes and the unreliability of polls!