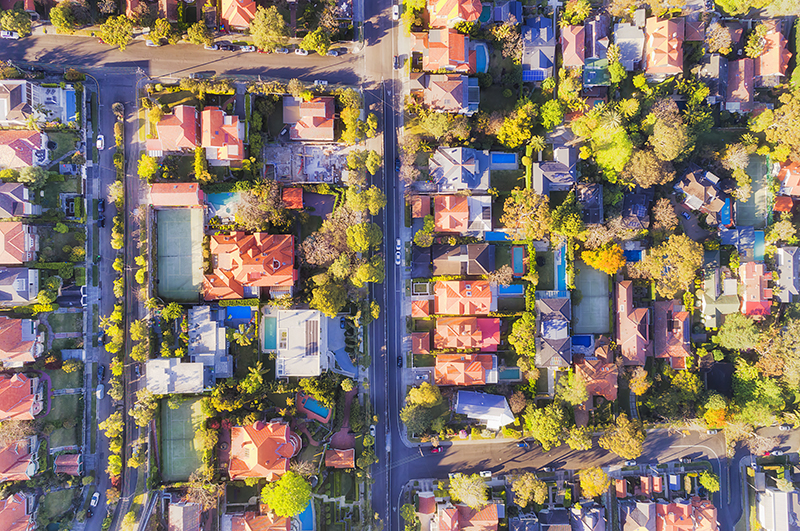 Anyone who thinks the property price slide is over might be jumping the gun, with a story in Fairfax newspapers today talking about the suburbs where houses are selling at a loss. Personally, I like the signs that price drops are slowing and that Sydney and Melbourne actually saw small price rises in June.

In case you missed it, the CoreLogic Home Value Index of national home prices fell by 0.2% in June, which was the smallest decline since March 2018. However, home prices rose by the most in Melbourne and Hobart — both up 0.2% — followed by Sydney, up 0.1%. But it’s not all good news, with prices down elsewhere, led lower by Canberra and Perth, where the drop for both was down by 0.9%. Regional home prices also fell but by a lower 0.4%.

Of course, some suburbs and towns rose by small amounts, while others could have fallen by bigger amounts. And places in different price brackets could have had very different price experiences. Real estate prices can be so variable. But when it comes to the kinds of tests we usually use to assess the severity of price changes, the June news was better than expected, better than the doomsday crowd wants and even better than I could have hoped for.

Some people in Australia want house prices to fall by 40%, which many of my Twitter critics have put their reputations on. They expect (or desire) a clear out of our excessive debt compared to household income mainly because of our national addiction to home ownership and investing in property.

They think we’re heading for a fall and this is early days. They’d see the price drop since 2017, where Sydney saw a 15% fall and Melbourne 11%, as stage one in a bigger fall.

They have different views of how it happens but I’ve always accepted if a global recession happens and we’re hit hard like the early 1990s, when unemployment topped 10%, then a huge price drop is possible. I don’t agree with the 40% call because there’s no real theory or law to support the magnitude of the slump.

I know in a world where we’re probably armed with a search engine, we love to believe that we know better than doctors, politicians, lawyers and most professionals with qualifications. However, I still like to think that there’s some value in the history of theories and laws that actually do often produce reasonably reliable calls. But heck, that’s just me and maybe I’m in a shrinking minority.

And on the 40% drop call merchants, how long should we give them until they’re seen to be right or wrong? They started coming out of the woods in September 2018 when 60 Minutes introduced us to Digital Analytics’ Martin North and other price experts. These guys had varied price fall scenarios but Martin, who I interviewed on my TV show, was the most insistent that falls of 40% were on the cards.

After nearly two years, the national drop is about 9%, which is a long way from 40%. And the Sydney and Melbourne falls haven’t even been as bad a 15%. So you have to ask: how long do we give a price predictor before we say “sorry buddy, you were wrong.”

Clearly, Steve Keen (and I don’t like to remind him of his mistake) got it wrong in 2008 when he called a house price Armageddon. It’s now 2019 and we still haven’t had a huge price slide.

Anyone who accepted Steve’s theoretical reasons for a big house price fall in 2009 and sold out of property could have lost amounts as high as $500,000 to a $1 million, if they lived in the trendy suburbs of Sydney and Melbourne. It’s a huge gamble when you try to ply your knowledge and experience to help people make or save money.

I was always on the other side when Steve and I debated how badly prices would fall and I’d have to respectfully say I got it right. But I know in this caper you can be a rooster one day and a feather duster the next.

When it comes to stocks, I’ve been bullish since late 2008. I looked wrong until March 2009. Since then, however, I’ve advised my clients and subscribers to the Switzer Report that they should buy the dips when stocks are falling. However, now I’m telling those who don’t want to suffer capital losses that they should reduce their exposure to stocks. Personally, I’m still staying long shares but I know we’re in challenging waters.

By the way, when the house price boom looked silly by late 2016 and early 2017, I warned my radio listeners on the Talking Lifestyle network that prices were in the dangerous territory, and that worked out to be right.

You see, when you’re in the tipping game for education as well as money-making or money-saving reasons, you do need to get it right within a reasonable amount of time. But how long is that time?

I interviewed Cameron Kusher from CoreLogic yesterday on my Switzer Show podcast and he thinks the making of a house price bottoming is in process. But he’s not pulling out any champagne yet.

I know if Donald Trump brings on a more serious trade war, then a global recession is likely, which could send our house prices down again. That seems to be the most obvious way the 40 percenters could look really smart. However, a lot of stuff is working against them.

I named 14 things in both my Friday piece for Switzer Daily and my Weekend Switzer story, on why it pays to be positive.

Helping the optimists, the US had a huge employment report, with 224,000 jobs showing up when the experts tipped only 160,000. This suggests the US economy is better than expected and an interest rate cut isn’t needed, just yet or maybe not for a long time!

And on the local front, the ANZ job ads number rebounded by 4.6% in June — the biggest monthly gain in 18 months — after falling by 8.2% in May.

Australia could be in a post-election, pro-ScoMo economic turnaround. We now have lower interest rates, tax cuts, a lower dollar, a higher minimum wage, an infrastructure boom, easier bank lending and a place where the fear of less negative gearing, capital gains discounts and franking credits have disappeared. And all this helps homebuyers show up to auctions and open houses.

A recession (which I’d say is possible in 2021) without a worsening trade war, will eventually hit house prices again but how long does a doomsday merchant have before we say, “sorry buddy, you got it wrong”?

It’s a good question but the longer your predicted outcome lingers without showing up, the more wrong you have to feel you are, unless you’re delusional and/or a zealot.

I still think we’ll avoid a 40% price fall but I know if Donald brings on a global recession, the doomsday merchants will have a credibility boost. I’m resisting popping my champagne just yet but I’m enjoying toasting the recent house price rises with a cheaper drop.