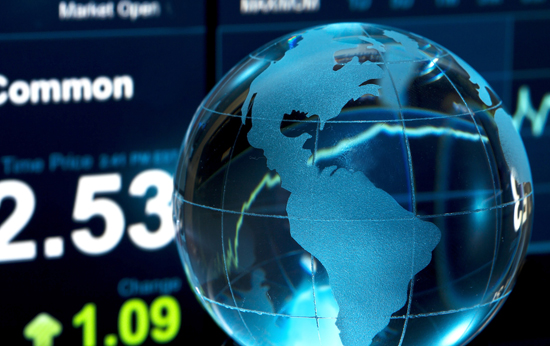 Pray for a lower Australian dollar, though you could be ignored!

It’s ironic that good news for our economy, such as improving commodity prices and better than expected economic data out of China (our best buddy for exports) actually hurts our potential to grow quickly enough to give better wage rises, create a pile of new jobs and take us to gangbusters land for economic growth. Yep, that’s the irony of the Oz dollar, which is now at 77 US cents.

But don’t worry, it’s not all bad news, with the revelation from the world’s most important woman (Fed boss Janet Yellen) that US interest rates won’t rise as fast as some experts, especially those in the bond market, were expecting.

This has sent the greenback down and the little Aussie bleeder up. But this US story explains why our stock market went up 63 points yesterday, taking us away from the support level of 5,670. If Yellen hadn’t told us that US rate rises would be “gradual”, Wall Street could’ve gone very negative, rather than very positive yesterday. And that could have seen our stock market really dive to the next support level in the 5,500s!

That stubborn dollar of ours stands in the way of better economic growth, which was a point that Sarah Hunter of BIS Oxford Economics quickly agreed with me on Wednesday night on my Sky News Business TV show. The same can be said of John Edwards, the man who was reported to be expecting eight interest rate rises in two years. John actually said that he doesn’t think these will happen.

Both economists believe the high dollar will keep the Reserve Bank on the sidelines when it comes to interest rate rises, with many economists arguing if the Fed raises interest rates, we don’t have to follow suit.

In fact, if they did raise rates faster than expected, our dollar would fall quicker than expected. And it would be a real shot in the arm for economic growth.

On that subject, it will be good growth that will eventually deliver better wage rises. But where will the growth come from?

The mining investment boom has petered out and the monetary regulators are hosing down the too hot housing sector, which on the bad side has pumped up home prices in Sydney and Melbourne. This sector is a good job creator.

One area of the economy that will help growth will be governments and their commitment to infrastructure spending. Every time you get annoyed at slow traffic because of lane closures and big blokes in fluorescent uniforms and hard hats, think: “this is good for the economy!”

And the best bit about this is that it’s not dollar sensitive.

For me, a good news story of this week (where I search for meaning in the piles of stats, data, charts and prognostications from economic and market experts, as well as august bodies such as the ABS, the ECB, the IMF, the Fed or the RBA), was Sarah Hunter’s observation that growth will be helped by the success of our tourism and education sectors, which have become important exporters.

Today we get the latest tourist numbers. If recent trends are sustained, this good news story could wind up being a great one.

A Deloitte report gave us the hard facts on how important tourism is becoming, especially so when it comes to our Chinese buddies.

“In tourism, the report found that in the last year alone, Chinese visitors spent a record $8.3 billion — a 45% rise from 2015, “ the ABC website reported.

“It projects that by 2020 that could grow to $13 billion in both direct investment in tourism-related businesses as well as private visits.”

And many of these tourists are a new breed of travellers. “They are cashed-up millennials in their late 20s and early 30s, they are social media savvy and are looking for distinctly Australian sights and experiences,” the report revealed.

The only problem is that both tourism and education exports (which foreign students studying here are) will do even better with a lower dollar.

Pray for a lower dollar, though I’m not sure your prayers will be answered for over a year. In fact, they could be ignored for longer than many expect.

That said, we’ll do OK but we mightn’t get to say that we’re going gangbusters!