At times, critics show up who want to get stuck into me for always being positive. Their argument is often that stocks are poised to slide and my public positivity is misleading my viewers, listeners and/or readers.

Of course, they have their right to disagree with me and let me know why (though I do think sometimes their occasional nastiness masks some greater loss or problem in their lives).

Deep psychological issues aside, I’d like to give you a few reasons for being positive.

Harvard researcher, Shawn Achor, who has had one of the greatest downloads of his Ted Talk on YouTube, actually says being happy and positive gives you an advantage. I only learnt of this recently but I was glad that his research confirms the good sense of my general positive approach.

US President Donald Trump says if you want to think, then he prefers to think big! I say if you have to have an attitude, why not have a positive one that makes you look for opportunities that could vindicate your optimistic approach?

In simple terms, he tells us that person + happy outlook = higher success probability.

I’ll run with that as I’ve always thought a negative person achieves little apart from happiness and occasional fortunes when stock markets collapse! They tend to breed negativity, while positive people do the reverse, though they do annoy committed cranks!

The history of stock markets going back more than 100 years shows that over a 10-year period, a portfolio stocks that produces returns close to the All Ords will deliver 10% per annum over a 10-year period, despite big sell offs and crashes. In about eight out of 10 years, the market goes up, which is another reason to be mainly positive.

My favourite chart of the stock market between 1970 and 2009 (the year after the GFC crash) shows that, despite heaps of crashes and corrections, $10,000 invested (and rolled over with its dividends included) snowballs into $453,165, which is a return of 10.3% per annum.

Check out the chart below for Australia. Note how the negative crashes and corrections quickly get offset by positive market rebounds. This shows it pays to be positive. 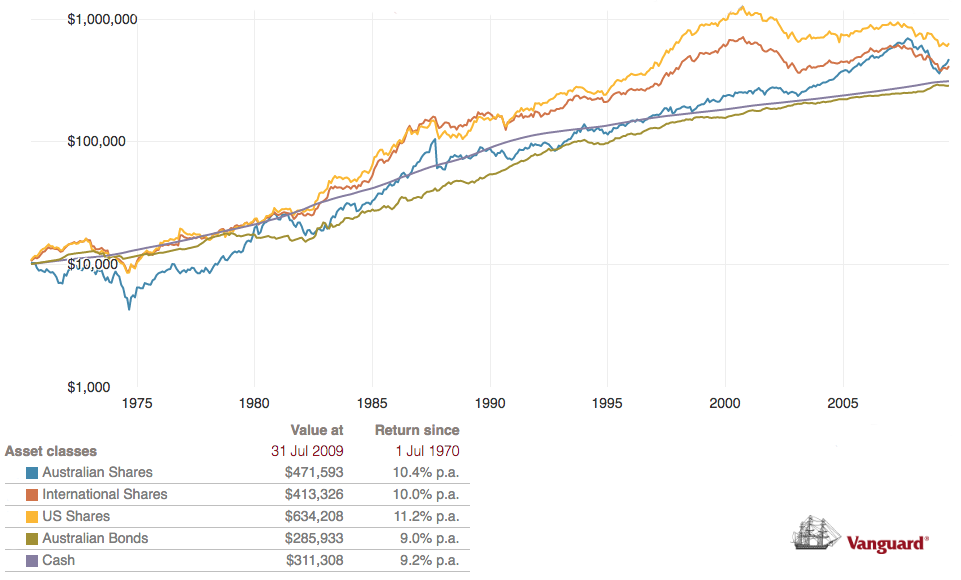 Have a look at our economic growth record, particularly just after our bad reading this week for the September quarter. The result was minus 0.5% but we’ve had only four negative quarters since 1991. Therefore, in Australia, we have had positive growth rather than negative growth for 28 years. More importantly, we haven’t put two negative quarters in a row since 1991. This means we haven’t had an official recession since then. We even avoided one during the GFC, which was a great triumph for positive policies from Aussie governments since the mid 1980s.

Admittedly, recent governments have been less inspiring, as leadership issues have dogged the country, but we have still kept on growing.

When it comes to stocks, I will turn negative one day and I’m always looking out for a good reason to be objectively negative. But now is not the time.

Of course, I won’t remain negative for long because history shows that after a crash, there’s often a pretty hefty rebound.

In 2009, after March, the market surged over 30% for the rest of the year. And look at BHP Billiton since 2016. It was creamed and written off in January and February of that year and it’s now rebounded about 168%. Only an optimist with an appreciation of what happens to stock prices of quality companies over the medium to long term could have bought in at $14.05 and saw it trend up to $37.77 in the space of three years.

And let me confess, I was telling my TV viewers that at $14 or so this has to be a good buy for the longer term player. If I was a pessimist, I couldn’t have argued that.

I’ve been a buyer of quality real estate for over 30 years and despite the odd rough patches, they have a great habit of returning powerfully positive results. This chart shows you why I positively believe in property. 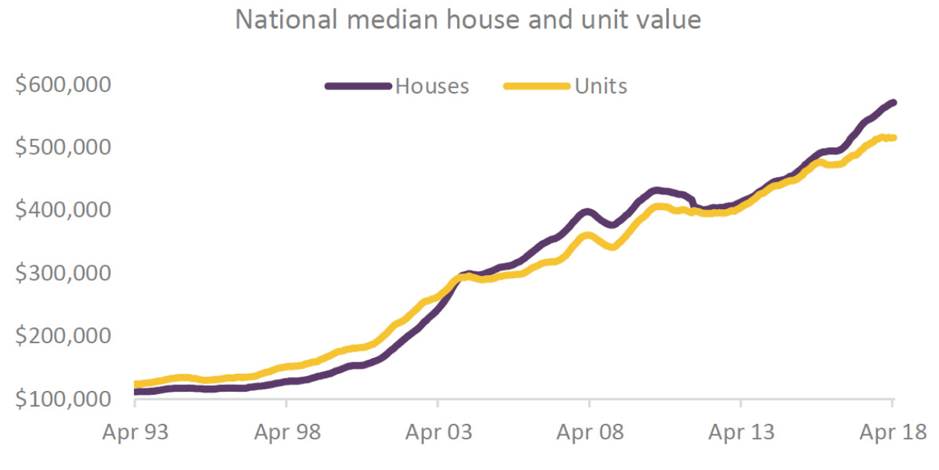 Sure, the people who buy late in the cycle can feel bad before the next boom but time heals all property wounds. We can’t promise all will win all the time — I’m sorry.

I don’t believe in irrational optimism, which is why I have 20 stocks in my portfolio to guard against silly CEOs or dumb government decisions or unusual US Presidents! I’m optimistic over stocks in the medium to long term so I try to buy stocks at the beginning of an up-leg of a share market cycle and be less courageous when the cycle has gone on for a long time, like now.

And I know crashes come along every 9 to 12 years so I’m watchful for signs that I should be getting ready to go defensive or even go to cash. The Citi Bear Market Checklist is now 3.5 red flags waving out of a possible 18, so I am rationally optimistic about stocks. But in 2000, the score was 17.5 out of 18 and you would’ve been an irrational optimist if you knew that and ignored it.

I was very pessimistic when Lehman Brothers failed and I remained so until I saw the US Government and Federal Reserve rescue plan. Then I turned optimistic and was right, as this chart of the Dow Jones index shows. 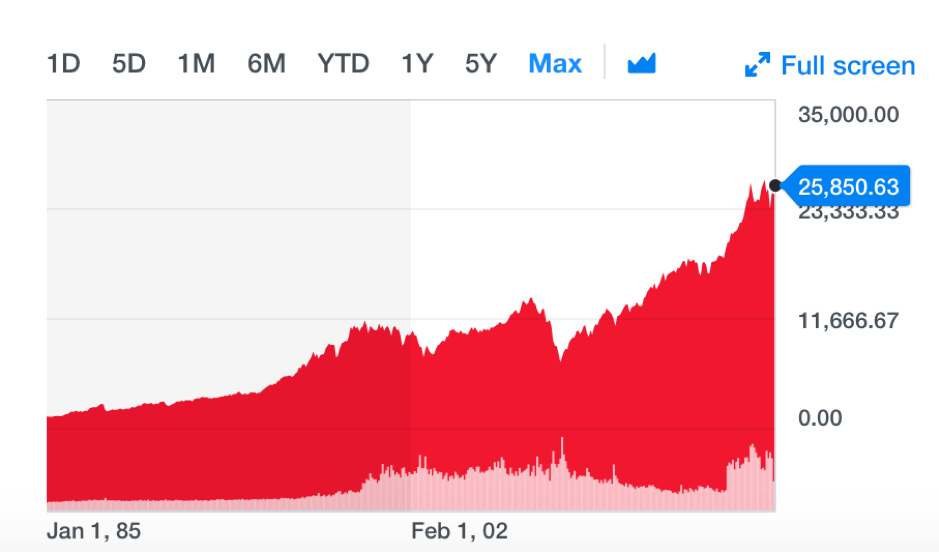 That low point before the final steep comeback was 7,062 on February 1. Since then, the index and all those optimists who believed in the US economy and its big companies have seen their wealth grow by 266% in 10 years!

Positive people get the jobs, empower others, attract other powerful producers of peak performances and provide pecuniary pay-offs!

Negative types who make money are limited in number and include short-sellers, funeral directors and gangsters! If I’ve left out any other negative types who do well, I offer my apologies in advance.

Achor define rational optimism as “a realistic assessment of the present, while maintaining a belief that our behaviour will eventually create a better reality.”

“Rational optimists see the tragedy in Japan, or understand the difficulty in treating breast cancer, or recognize the racial injustices in our educational system...but they are also the ones who search for ways to help the survivors, or believe a cure can be found, or continue to work to invent a better system.”

And if you go looking for good stuff, there’s a good chance you will find it. Norman Vincent Peale, the guy who wrote The Power of Positive Thinking, got it right when he said: “Shoot for the moon. Even if you miss, you'll land among the stars.”

That’s the positivity pay-off. And there’s no way you’ll ever see me give up on the power of positivity. You can be 100% positive about that!