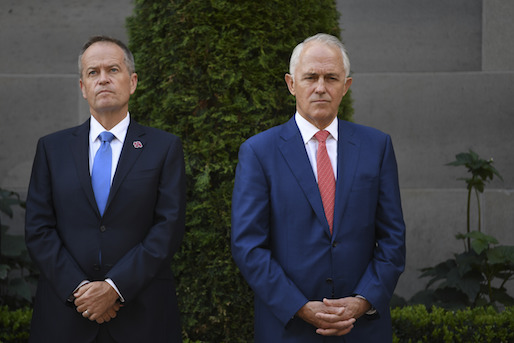 Will our economy be run by Mr T or will we have to put up with BS?

In case you thought I was a hopeless optimist who seizes all things positive and ignores the negative when it comes to our economy and stocks, I’d like to inform you that the Organisation for Economic Cooperation and Development has given us the big thumbs up!

This Paris-based economic think tank has agreed with the Reserve Bank and Treasury, predicting we should grow by 3% this year and next year. And in case you’re not an economics tragic, like yours truly, 3% is the magic number for economic growth, where historically jobs are created. The bigger the growth jump above 3%, the bigger the jobs jump, so this is a good news message for businesses, consumers, job-hunters and a struggling Malcolm Turnbull.

I hope he’s got the rocks to capitalise on this great economic setting for the next election. And I would recommend to him (as I do to many who ask me for advice on business and wealth building) that he learns from legends.

Success leaves clues, so if I want to be a better stock market investor I’d learn from Warren Buffett. If I wanted to build a business brand then Richard Branson or Frank Lowy, who both started small and became huge, would be great role models to learn from and in politics Malcolm could do worse than to study the ABC documentary on Bob Hawke.

Sure Lucy — the first lady — would prefer Malcolm to ignore Bob’s wandering eyes and affairs but gee, the PM really needs to embrace Bob’s love affair with the Australian people.

Like Bob, the Australian people (to steal a US term of endearment) like one thing about Malcolm and that’s his brain.

Who really wants to be led by a dope? We want our leader to be respected overseas but we want him to be respected even more at home. And that’s the piece Malcolm has to work on over 2018.

With our economy tipped to pick up growth from 2.1% to 3% this year and close to 400,000 jobs expected to be created, Malcolm has to step up or it will be Prime Minister Shorten we’ll be dealing with in 2019.

Bill’s drawn battle lines to go after the economically well off, even if they have been former working class strugglers, who have worked and saved their way to a comfortable life in retirement.

His crackdown on negative gearing, the capital gains tax discount and tax refunds to lots of retirees who invest in stocks, shows he’s worked out who might not vote for him and he’s gone after them. Meanwhile, he’s well and truly courting those who are a good chance to be Labor lovers.

It’s clever politics — classic divide and rule — but it’s divisive. And that’s Malcolm’s opportunity. He has to try to be like Hawke who was the master of inclusiveness. He has got a year to get out amongst his “fellow Australians”, as Bob would often say, and not just sell himself. But like Bob, he has to love his potential followers.

That’s what’s missing and luckily for Malcolm, Bill’s not a great man of the people either, but as the polls show, his Party is in front — 53 to 47 on a two-party preferred basis — and Malcolm is losing his lead as preferred Prime Minister. This was Malcolm’s biggest plus, aside from the improving economy I’ve been predicting, but now the score is MT 37 and BS 35.

Once upon a time, it was Malcolm first as loved PM, daylight second and Bill was like Prince Charles, when he had to be driven home from a cross-country event when he was a schoolboy. He got back only just in time for supper!

My interest in Malcolm over Bill is that with the economy now tipped to be producing the best growth since the GFC, do we really need a change of government? I prefer to kick governments out when they’re failing and despite an unhelpful Parliament setting, which we voters created with a crazy supply of independents and odd-ball parties, the economy has still managed to keep improving.

And to be objective, Bill’s policies are not really pro-business and right now I don’t think, with business conditions and confidence really riding at highs, that a change of government is a great idea. That said, Malcolm has to be worth keeping, so he is the hope of the business side and anyone who thinks the economy doesn’t need a radical Labor plan right now. 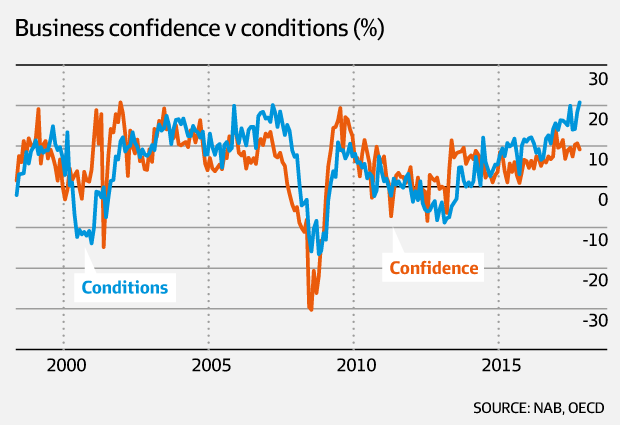 One day their prescriptions might be needed but I’d argue, not now. And if Malcolm could show us some return love for us making him our leader,  he actually could win the next election.

But he’s got a lot of work to do and he has to start today!