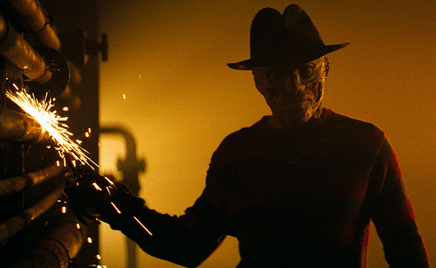 When an economist meets a journalist...

When economists are let loose on the media, the impact can be as scary as being caught living on Elm Street with Freddy Krueger as your neighbour! This bizarre thought came to me after reading an account of our Reserve Bank boss, Dr Phil Lowe, warning about the risks that China brings.

Now before I show the potential worrying/nightmare fiction that an economist plus a journalist could create, take in this headline and contemplate how much it worries you. Here it goes, “Chinese debt a major risk to Australia, says RBA governor Philip Lowe.”

This might not worry you unduly but if China went to hell in a hand basket with its growth tumbling as a consequence of a huge debt pile problem, which KO’d its financial system, you’d find it hard to be optimistic.

It could trigger a rerun of the GFC, remembering that the US Government relies on Chinese funding to the tune of $US1.18 trillion. That’s 19% of the $US6.29 trillion it has on its national credit card bill. If China’s economy found itself in trouble, it could take money home and interest rates would rise. As big borrowers overseas, that wouldn’t be great news for us.

Also, Chinese economic growth, which has been near 7% in past years, creates great demand for our exports, so BHP’s wonderful rebound of its share price is directly linked to this economic activity.

Companies such as Treasury Wine Estates, Blackmores and our nation of farmers simply don’t want to contemplate China’s growth being a “major risk”, as the worrying headline warns.

And remember, China is our most important export customer. As The Age’s Peter Martin pointed out recently, “Chinese tourists accounted for one quarter of all the tourist dollars spent in Australia, and Chinese students for one third of all education exports. Service exports to China exceeded those to the United States and Britain combined.”

So let me give you the crux of the story, as it was told by Dr Phil.

He’s worried about the build-up of debt and bad loans in China. In a speech to the Australia-China Relations Institute (ACRI) in Sydney on Wednesday, he pointed out that similar situations in the past have led to a slowdown in growth or to a financial crisis.

This is what he said, “Perhaps the single biggest risk to the Chinese economy at the moment lies in the financial sector and the big run-up in debt there over the past decade,” he told a forum on Wednesday night. “Among the largest economic risks that Australia faces is something going wrong in China.”

Since the GFC, when China rode to the rescue of Western capitalism, which was facing a possible Great Depression MkII, its debt to GDP has gone from 100% to 260%. That is worrying but it’s not as bad as other countries with huge debt problems because the Chinese borrow from themselves.

OK, let’s accept there’s reason not to be too complacent about China but buried lower in the story we’re told that “Dr Lowe agreed the scepticism and pessimism some people had about China had been “misplaced”, as authorities had managed to keep the economy on a reasonable growth trajectory and that he was confident they’d continue.” (The Age)

He even went further with, “They are addressing the vulnerabilities of the financial system before the problems actually arise.”

These are pretty damn important remarks from Dr Phil, who virtually has said, “China could be a major risk but its responsible policy-making is turning itself into a minor risk.”

Imagine truth in headlines, which could produce something like, “Chinese debt a MINOR risk to Australia, says RBA governor Philip Lowe.”

Freddy Krueger becomes Mary Poppins or maybe Inspector Gadget, because there are a few risks out there, but it’s nothing like A Nightmare on Elm Street.

Economists + journalists = be scared of what scary stories they can dream up!