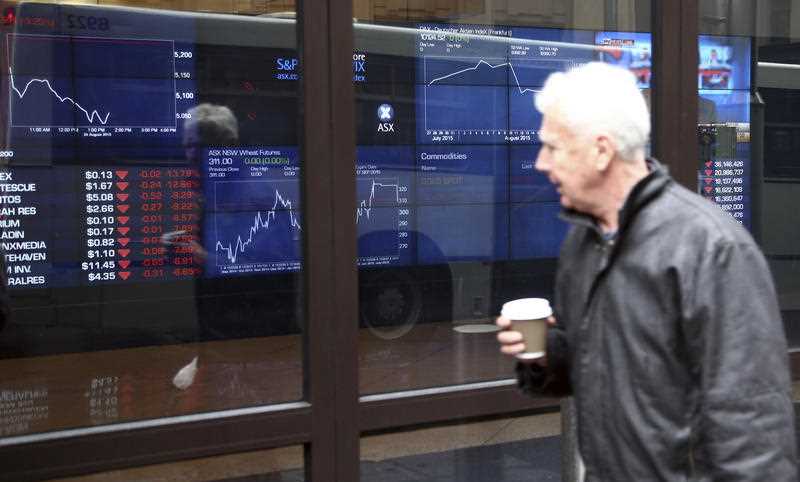 What you need to know about the Wall Street wobble

Drama that’s played out on Wall Street always becomes a big short-term news story but it doesn’t have real ‘sit up and take notice’ effect on the average Aussie until it becomes a crash, which ultimately and usually breeds a recession.

So, let’s understand what this worst month for the Dow Jones index in eight years actually means.

People like me and the people I talk to on TV and radio have been saying for a long time that we were overdue for a pullback or correction but only a few oddballs, who always say it, were tipping a crash.

More on the oddballs later.

In trying to explain why this pullback (less than a 10% drop in the index) or even correction (if the drop ends up being 10% to under 20%) happens, we say that on Wall Street valuations of companies were stretched or unrealistic.

If you need additional assurance, I interviewed Martin Lakos from Macquarie yesterday on my radio show and his team of very smart people sees it exactly like yours truly. As many wise market observers have seen this episode, this is a healthy pullback.

Why did it happen? I use this analogy. Imagine a builder mistakenly put a 13th level on an apartment block because he misread the plans or was a nincompoop. Those who paid too much for US companies are like this guy, who ultimately had to pay the cost of demolishing the 13th floor.

Back to the real world and those who have paid too much for stocks in the USA didn’t expect the economy to be so good that it would not only create more jobs than was expected (200,000 rather than 180,000, which had been forecast for January) but wages rose much more than the expected 2.9% for the year after a nice jump in January. This was an eight-year high!

This was a big deal as Reuters summed up the surprise numbers: “Average pay rose by more than 3 percent in at least half of U.S. states last year, up sharply from previous years.

“The data also shows a jump in 2017 in the number of states where the jobless rate zeroed in on record lows, 10 years after the financial crisis knocked the economy into a historic recession.”

And even more, the thinking was: “Gee, inflation is bound to rise next and maybe we could see four or five interest rate rises this year rather than the three that many thought was probable!”

That pushed up interest rates on bond markets. And when that happens, short-term stock players sell out quickly to avoid the kind of stuff we’ve seen over the past two days. And then computer and algorithmic trading takes over to add fear to insult and injury. And that’s why in the Dow is now down about 10% since a recent record high.

And even on a one-year basis, the Dow was up 21% with about two hours to trade this morning.

However, on a year-to-date basis, earlier today the Dow was down 1.2% but this is what happens when you mistakenly add a floor to a building or you overestimate a value of a company by underestimating how strong the economy is.

It’s simple. We follow Wall Street’s sell offs more slavishly than we follow their rises. Our stock market ‘apartment block’ is still only at the 8th or 9th floor so we won’t make the same mistakes as the Yanks, but I still think we have a few more floors to build. However we won’t have 12 floors like the Yanks, with our stock market apartment.

I reckon we’ve got a few more days of fear and loathing before the drama of the past few days is behind us, as bargain hunters (who believe the US economy and companies still have a couple of good years left) come back to stock-buying.

Sure, there are oddballs out there who again are making their Armageddon calls, which they’ve been making for the past three or four years. One day they will be right, just as a broken clock actually tells the right time twice a day.

The balance of intelligent market views says this was the pullback/correction we had to have but, thankfully, the economic and corporate fundamentals say that Wall Street’s wobbling apartment with one floor too many is not about to crash.