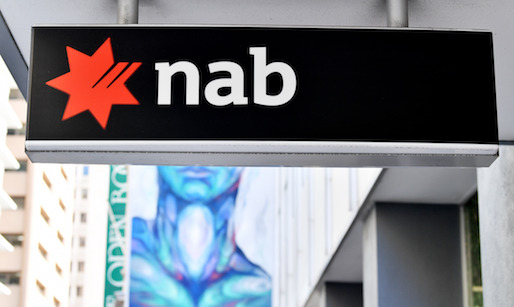 Investors bash banks at their peril in 2018

The bank bashing continues in 2018 with some fund managers trying to talk investors out of putting their money into the ‘easy investment’ option of buying the banks for dividends and some capital gain. Meanwhile, the debt ratings agency, Fitch Ratings has warned that bank bad debts will rise this year.

By the way, this isn’t a new warning. I’ve seen it for the past four years and this new year bank bashing could again be proved wrong.

And even though the banks are bound to be clobbered by the Royal Commission and Bill Shorten’s Labor Party, as they try to win the next election kicking the guts out of the ‘despised’ banks, there’s a good chance that punting on banks in 2018 will prove to be a good bet.

Before I advance my reasonably positive views on banks as an investment option, let’s see what Fitch sees in its economic crystal ball.

It thinks economic challenges will hurt the industry’s bottom line. "Profitability is likely to slow in 2018, reflecting low interest rates, slow asset growth, competition for assets and deposits, higher funding costs, and a rise in loan-impairment charges," it said in an outlook report.

Anyone predicting slow profits for our banks has often ended up with egg on their face but I do concede there are forces that could stop banks using their usual tricks to build up their earnings, which came in at $30 billion for the Big Four last year, as Fairfax’s Clancy Yeates tells us.

But what gets me thinking how crazy the likes of Fitch is, is that they say lower house prices and high debt levels per household will affect borrowers this year and their ability to spend, if borrowing costs rise. However on the other hand, “low interest rates” was seen as a problem for the banks’ respective profitability!

You can’t have it both ways — either rates are going to rise or not. If rates rise, then bank profits are helped and do you seriously believe that one or even two rate rises would tip people over the edge?

I can see three or four causing some problems but one or two? With apologies to Leyton Hewitt at Australian Open time — ah, c’mon!

According to Clancy, even Fitch’s report said that “the major banks hold about two thirds of their loans against residential property, but the report said a significant decline in mortgage asset quality was unlikely unless interest rates or the unemployment rate rose sharply.”

Fitch thinks banks will have a few problems in the retail sector but November’s best numbers in over four years suggests we all might be announcing the death of retailers because of Amazon a little too quickly.

My economic crystal ball says the economy is stronger in 2018 than last year and interest rates will rise around mid-year to September because of the healthy economy. Unemployment will be falling, business borrowing will on an uptick and banks will do OK, despite the Royal Commission bank bashing.

Last year, the CBA paid a dividend of $4.21. If that dividend is maintained this year, on a current share price of $81.71, that’s a yield of 5.1% (before franking credits send the return towards 7%). If the share price in a good year for the economy goes up by 3%, then someone could get 10% this year out of one of the best banks in the world, even with their management problems!

And don’t forget, in April last year CBA was nearly an $88 stock, and two years ago was a $96 stock. Of course, it has had some publicity and customer service issues, a bank levy, capital requirement demands from APRA and the Royal Commission, but if we get a stronger economic year than what Fitch is predicting, then that 10% gain from our banks this year is not a far-fetched punt.

And anyway, even if it’s not as good as predicted, you still are invested in a quality investment, even if you don’t like all of its past.

As I’ve always told my readers, listeners and viewers: “If you don’t like what banks do to you then get even — buy their shares!”