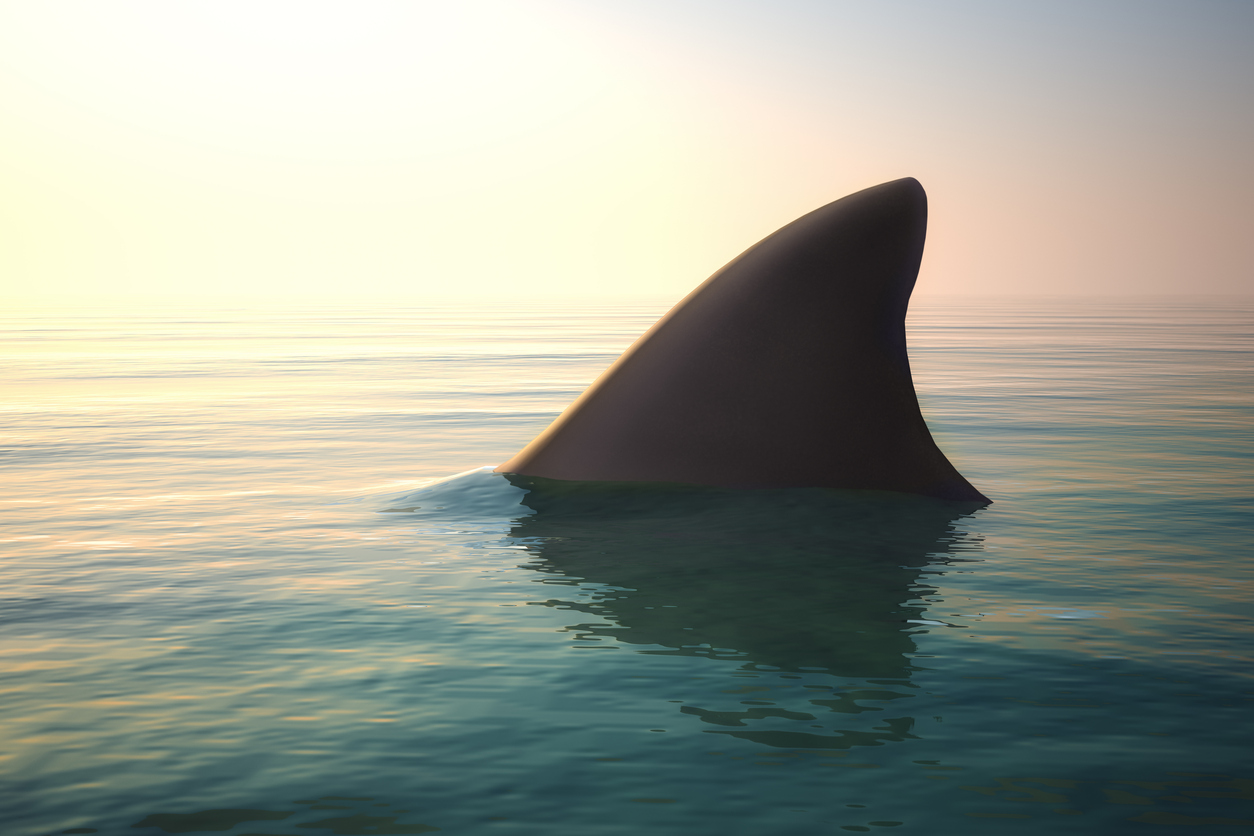 After wild Wall Street windstorms, is it safe to go back into the water?

Good news is creeping back on Wall Street, while at home, our stock market is only cautiously positive, despite more good news on the economic front. So is it safe to go back into the water and start investing again?

This chart shows that history says we’re still in the safe zone for ‘swimming’ with the ‘sharks’ on stock markets. 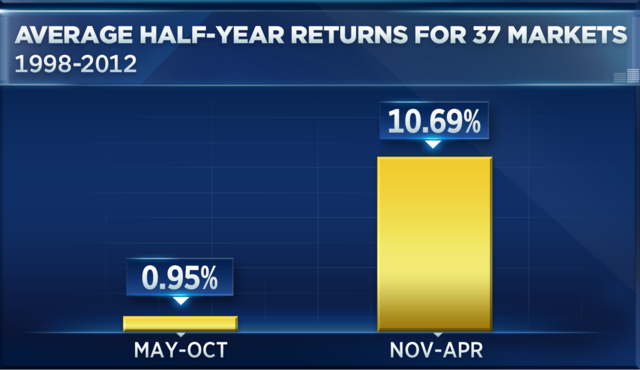 This means that there’s no seasonal bias against the months leading into May, when professional market players quite famously run away and don’t come back until September on St. Leger’s Day. That said, they don’t really get to work on stocks until November, as the chart from CNBC shows.

This morning, the Dow Jones Index was again positive ahead of the close (up about 55 points with two hours to go) but as we learnt last week, anything can happen in the last hour before the close. And this closely-watched index was down 180 points earlier so there are sellers out there but they haven’t got enough supporters right now to turn the market.

Of course, you have to remember the Dow did correct losing more than 10% and that was in the context of good economic news and company profit reporting. If the opposite was the case, I think we’d be in a full blown attempt to crash the market ahead of a recession.

That could be a scenario a couple of years away, which I’ll be on the lookout for 24/7, but now is a different kettle of fish, to keep the watery metaphor going.

Last week’s wildness on Wall Street was because of overbuying of stocks in the USA — the Dow was up 30% in a year! — and January was crazy with nearly an 8% jump in the index. Did I talk about craziness? So a 10% correction only takes the Yanks back to December valuations for stocks, which might be too high as well, if interest rates rise too quickly in the States this year.

Until two Fridays ago, a lot of experts thought the Fed would raise rates three to four times in 2018 but the great employment as well as wage rise readings have pushed up these guesses to four to five hikes. If those people who believed there were only three rises coming now fear it might be five, that’s a big miscalculation for them.

In the weird and wonderful world of stocks, there is a battle between where investors put their money. I’ve always believed that in Australia a lot of people dump stocks when term deposits, for example, are around 5%, which is seen as a pretty good dividend percentage from a stock. As rates on assets like term deposits, offering safe returns, rise, the stock market loses friends. And as rising interest rates start to threaten overall spending by consumers and businesses, then recession fears spark a stock market sell off, which can become a crash.

Now keep this in your head while you consider the fact that the US gets its latest inflation number tomorrow. Also recall that inflation is a key driver of higher interest rates, which in turn eventually threatens interest rates. It’s important as Tom Essaye, founder of The Sevens Report, told CNBC overnight.

“Tomorrow will bring the most important CPI report in over 10 years, as rising inflation (which will cause higher interest rates) has become one of the biggest risks to this multi-year rally.”

A higher-than-expected number could reignite stock market selling but, interestingly, a Fed survey for January found consumer expectations showed median inflation expectations fell by 0.1% to 2.7% on the one-year horizon. The three-year horizon also slipped 0.1% to 2.8% and MarketWatch.com quotes Chicago Fed President Charles Evans who thinks this is important. “Expectations of future inflation are a key determinant of actual inflation because they serve as an important benchmark for the wage demands of workers and the pricing decisions of businesses,” he said in a speech last week.

So all stock market eyes are on that inflation report tomorrow. I hope it doesn’t rock stocks, as our stock market needs an even break, with good economic data suggesting the nation’s businesses are doing well. And this should eventually show up in higher stock prices.

Yesterday we learnt that the NAB business conditions index rose from +12.8 points to +18.9 points in January – the fourth best monthly outcome on record! Meanwhile, the business confidence index rose from a downwardly-revised +9.6 points (previously: +11.1 points) to +11.8 points, which is the highest level in nine months.

Today we get the latest Westpac consumer sentiment reading, which might have been hurt by last week’s Wall Street wobble. If that can become less wobbly over the next few weeks, we might see our stock market go higher.

Interestingly, Michael Knox, Morgan’s chief economist in Brisbane, has done his complicated calculations on where our stock market should be and his findings will make bulls smile. “If I value the Australian stock market in terms of our earnings per share and bond yield right now, I get a value of around about 5700 points,” he writes. “But if I include the additional supply of US corporate debt in US wholesale market to a model, I get a fair value of 6300 points. I think that the model estimate of 6300 points is what's appropriate right now. I think that our market is hundreds of points too cheap.”

So is it safe to go back into the water for stock players? In the short-term, it could be tricky but, for the longer period, it looks pretty safe. But as a former North Bondi lifesaver, who once captained a patrol with the PM on my team, I’ll be closely looking for sharks that could ruin our swim with stocks!