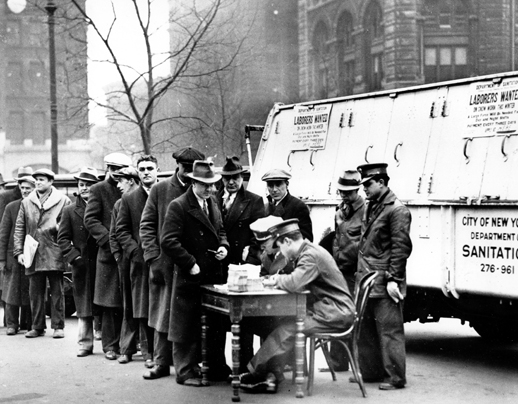 US doom 'expert' says major crash is coming. Has he put a dent in my optimism?

With apologies to comedian Rodney Rude but “I hate it, I hate it” (as RR would joke) when I have to interview someone like Harry Dent, the man telling us that economic and stock market Armageddon is around the corner.

Dent is over from the US with his new book, ominously called Zero Hour. Now I’m not wild about Harry’s predictions, but this is what the book’s blurb says: “Will you be prepared to take advantage when the revolution comes or will you go down with the rest? Revolutions are cyclical. They run on a very specific timetable. You could be so much happier, healthier, and wealthier if you grasped the powerful cycles that influence everything from currency valuations to election returns.”

Yep, you guessed it, this isn’t a read for the forever optimists. Even though I sometimes get called such positive names, the reality is I know bull markets don’t go on forever. While I’m enjoying this bull market that started in March 2009, that’s been more enjoyable for US investors, with their stock market in record territory, I’m always on the lookout for indicators that tell me it’s time to go negative.

That’s why I talk to someone like Harry, who has made a lot of money out of being negative on bull markets in the past. You see, there are negative nervous Nellies out there who’ve been worried about this bull market since 2011, when credit rating agencies actually took away the US Government’s triple-A status as a borrower.

And when the US economy’s response was so bad that official interest rates went to virtually zero, Armageddon spotters came out of the woodwork.

Then in 2015, when we all got used to a new political term “Grexit”, again the financial world held its breath for a Greek debt crisis that could ruin even German banks!

Around that time, Harry was last back here and I interviewed him then. He was then warning that Australia would be economically drowned by a China-created tsunami that would wipe us out.

Prior to that, in 2015, he was targeting our property market. He was headlining the Secure Your Future conferences in Sydney and Melbourne and his message wasn’t good for property lovers.

"Melbourne has been, actually, the biggest bubble in recent years and I would expect the biggest burst there. In Australia, obviously the bigger bubbles are in Sydney, Melbourne, Brisbane and Perth because they had the greatest growth and the greatest limitations in supply - but not quite as much in Adelaide and other cities."

When I mentioned that I was interviewing Harry for my radio program on the Talking Lifestyle station to Charles Tarbey, founder and chairman of real estate group Century 21, he couldn’t resist having a shot at him. “If someone took his advice in 2014 and sold their property or refused to buy a property because of his warnings, they have lost a lot of money,” Charles said.

Of course, he was right for Perth but everyone knows that this property market rises and falls on mining booms and busts, so that wasn’t a difficult call to make.

His current warnings are that the stock market, the property market and the crypto-currency market are all going to crash and burn. He didn’t say exactly when — because he doesn’t know — but given the title of his book, Zero Hour, it’s safe to say that on Harry’s clock, you should start worrying now!

Harry isn’t an economist. He is a demographer and over his long history of scaring the pants of investors and even normal people, who like their life with a job and a nice home, some of his calls have been on the money.

It has meant some inexperienced journalists have started stories about him with lines like this: “A US economist who predicted the 2008 global financial crisis has tipped the Australian property market to tumble. Read why.”

A lot of people have become geniuses after the GFC but because Harry is often calling an end to bull markets, he’s going to get it right eventually.

As the old saying goes: “A broken clock is right two times a day.”

The greatness of a forecaster is determined by getting the call right really close to the market collapsing. When that happens, the forecaster’s followers have maximised their capital gain and have been saved from capital loss when the market collapses.

Those who don’t want capital loss from their investments should sell now and wait for the inevitable crash. I’ve said I’m OK with stocks until say mid-2019 and then I’ll reassess how cautious I have to be.

The Economist Intelligence Unit thinks the next global recession will be in 2020 but they’re only doing their best guess on that subject.

Right now, Citi and Blackrock have gone public saying they feel good about stocks but the former warns us to get used to notable downs in the market to go with the ups.

Harry is no dope. His book title should be Zero Hour is coming but I don’t know when, but that probably wouldn’t sell many books. And I’d finish this piece of writing with a Rodney Rude joke but they’re simply too rude!

(You can see my interview with Harry here on Switzer Daily. If you want to go to his conference, go to this website: www.harrydentlive.com for dates and locations.)