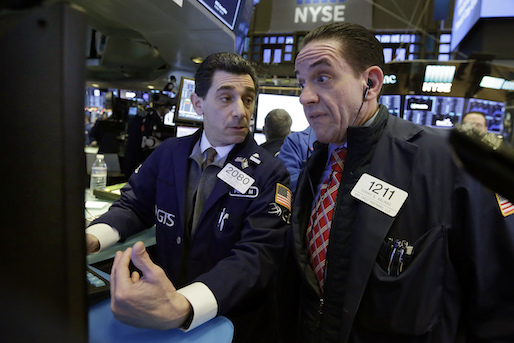 Meet the Schwarzenegger of stocks optimists and it's not me!

In case you think I’m a lone positive voice in the wilderness, let me relieve you of that view. In fact, there are some really smart guys out there who put my optimism to shame!

Try this guy — Tom Lee, head of research at Fundstrat Global Advisors, who told CNBC last week that US stocks are likely to run higher for the next 11 years!

Love this guy, though he’s even too much for me, but his market-calling history says he should not be easily dismissed.

"We've had so much caution since '09 that animal spirits have been depressed," Lee said.

"Last year, 2017, was probably the first time in nine years that I thought institutions were actually bullish," Lee said, adding that he doesn't particularly find any Fundstrat institutional clients that optimistic on stocks right now since they did so well last year.

Lee was the top stock strategist at J.P. Morgan before co-founding Fundstrat in 2014. He was one of the few market experts who tipped a Trump election win would spark another leg up for Wall Street’s bull run.

Lee is clearly the Arnold Schwarzenegger of optimists, but we also have more acceptable positivists to add cred to my rosy view on stocks this year.

Yesterday, the Oz looked at the market calls of Fan Cheuk Wan, MD of HSBC Private Bank, who gave the outlook for stocks a big thumbs up for 2018.

For those wondering if they should invest overseas, Ms Fan likes the US, the Eurozone and emerging markets with South Korea, India and Singapore favourites amongst her Asian picks.

Interestingly, she likes the tech sector, which, she argues, will do well out of tax cuts, but she also likes global financial companies, at a time when local experts don’t like banks.

We’ve just learnt that Citi Bank has downgraded CBA from hold to sell, so maybe our local banks might surprise their doubters over the year.

Not surprisingly, Fan says to expect volatility this year because the bull market is in an advanced stage. So, what is she tipping her clients into? Try smart hedge funds, private equity and private credit plays.

What is she worried about? Growth being too fast, which breeds inflation and that leads to quicker than wanted interest rate rises.

Ironically, those wary of stocks this year say a problem might be that the US economy won’t grow fast enough to justify the Trump tax cuts and this could play havoc with the country’s budget deficit! This has been used to explain why the greenback has been falling, which, in part, explains why our dollar is around 80 US cents.

To other optimists, and Deutsche Bank has jumped on the Switzer bandwagon with its equity strategy team tipping 2018 to be another good year for the Australian market. That said, they think we will again lag overseas markets such as the US and Europe.

"Market valuations should be sustained at above-average levels, while earnings growth is expected to be reasonable," strategist Tim Baker said.

And as the year rolls on, given the recent run of local economic data, I expect to see more doubters and pessimists to jump on my bandwagon but I don’t expect many of them to apologise for getting it wrong and unnecessarily scaring the pants off investors, as well as costing them money.