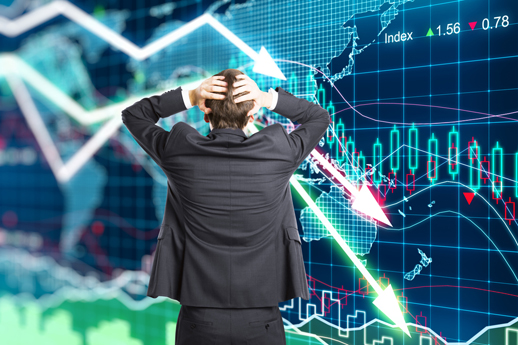 When will the next recession and market crash happen?

Here’s a good, intelligent question and it goes like this: when will we see the next recession? And related to that — when will see a Wall Street stock market crash, which is bound to have serious impacts on our stocks and super funds?

And what can the Turnbull Government do to insulate us from these economic ‘diseases’?

Let’s start with the recession question. The Economist Intelligence Unit sees one for the USA in 2020 but don’t get too spooked because this economics brains trust expects it to be a “mild” one.

"We expect the economy to slip into a technical recession in early 2020," Andrew Staples, director of the Economist Intelligence Unit (EIU) for Southeast Asia told CNBC.

Creating the conditions for a recession is the fact that the US recovery has been going on a for a long time but the real worry is how fast interest rates will rise.

Overnight, the bond market pumped up yields so experts in the US are predicting that the favoured 30-year fixed rate home loan in the USA will soon be at 4.5%. The chart below shows you what 4.5% means for US house-hunting borrowers.

Following the GFC, the rate got below 4%. Before the US recession of 1990-91, it was above 10%! In the 2001 recession, the 30-year rate was over 8%, while in the Great recession from late 2007 to mid-2009, the rate was above 6%. In the previous recession, rates spiked considerably before a big economic downturn happened but in 2007-09 there was a hardly noticeable move up in rates before the collapse ensued.

Right now, groups like the Economist Intelligence Unit think there could be some aggressive rate rises implemented by the Fed.

"We're forecasting the Fed will be hiking rates three times this year, perhaps another four times next year, and we're forecasting a mild recession in early 2020," Staples said.

That’s the economy. What about the stock market? Well, recessions aren’t good news for stock markets, especially when they are record highs, as we’ve seen with Wall Street right now.

In the 2007-09 recession, the stock market fell about 50%, thanks to a housing bubble and credit crisis and yes, many people saw their nest eggs chopped in half. Fortunately, most of our super funds, while having big hits, aren’t totally exposed to stocks so their fall was miles better than most fund managers and investors deeply committed to stocks.

In 2000, the Dotcom Crash saw the Nasdaq lose 78% and you can see why a recession followed.

But what’s interesting is that in the latter two recessions Australia dodged those bullets. We haven’t had a recession since 1991 and that’s why we hold the world record for growing without a recession.

So could we dodge it this time? It’s less likely on the law of averages but if the mob at the EIU are right, then a “mild recession” could be resistible. However, it will depend on what happens to interest rates.

Right now, most economists expect rates not to rise here until late this year and then only small rises after that in 2019. However, if our economy doesn’t grow as fast as I expect and the Budget repair is not as fast as I expect, then we could be forced to pay higher interest rates because our banks might be borrowing overseas at much higher rates and will be forced to pass on the pain.

If the Government wins the next election on tax cuts, or Labor wins promise equity and fairness for all, it could leave us vulnerable to higher interest rates and that’s the best way to create a recession.

Of course, if the tax cuts produce great economic growth rates, then the Government’s gamble would pay off as big growth rates will actually shrink the deficit. Being in surplus by 2020 would be nice protection from any US-created recession and market crash. However, this tax cuts play is a gamble.

That said, I liked the fact that the EIU talked about a mild recession, because if that happens then maybe Tom Lee of Fundstrat Global Advisers could wind up being right with his outrageous call that this US bull stock market could have 11 years to run!

Even an optimist like yours truly can’t buy this but I really hope he’s right and I’m wrong!