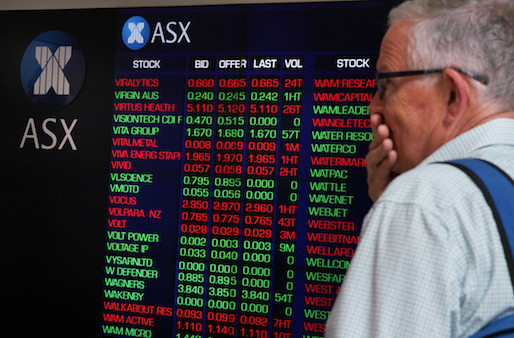 Is the stock market fear and loathing over?

A week of wealth worrying is over and, in case you missed it, Wall Street ended positively on Saturday morning our time, or Friday arvo in the US. Once again, the Yank’s stock markets were up and down like a long-string yoyo and one hour before the closing bell was rung at the New York Stock Exchange, I thought we could see another big drop ahead of 4pm in the Big Apple.

In fact, there was a 300-plus rebound and there was buying not selling into the close, which is a good sign. Meanwhile, the VIX or “fear index”, which investors can buy gambling on whether the market and fear goes up or down, ended at 29, which is still a high reading but it was 40 earlier in the US trading day!

I’d love to say that we’re out of the woods but that would be me ignoring my experience with these correction phases. The local stock market’s future indicator — the SPI — says we should start down 28 points, and while the number can often be wrong, the direction tells you that the consensus view is that we still have some volatility issues ahead of us this week.

Whether we like it or not, we play follow the leader with Wall Street. I’m betting this year that we could have a better stock market year than the Yanks because they have rallied so much higher in percentage terms since the GFC than us. We’re up about 80% while they’re up over 200%. Even still, right now, we’re in the hands of what the smarties do on Wall Street.

I find it hard to believe that our market could do what we did on Friday, but I was proud of us, in a way that only a corny money man can be proud of stock market behaviour. The Dow closed down a big 4% on Thursday, which we see on Friday morning because of our time differences but we only fell 0.89%.

Now given the Yanks actually ended up 1.38% on the Dow Jones index on Friday and we also were positive on Friday, why is the SPI saying we start down?

Well, part of it is that we are vey wimpish on Mondays and don’t have a real lot of confidence if we think Wall Street could start its week in a negative frame of mind. Also, hedge fund managers who make money when fear prevails will be exploiting this nervy situation this week. It’s classic bears versus bulls stuff and the bears are on top but I don’t think it will last.

Day-by-day, the economic and company news stories will bring the bulls back to stocks but, for the short term, we will have to cope with volatility. Hopefully it will be less intense this week.

The level to watch on the Dow will be 23,405, which was around the low last week.

For anyone worried about their super or their portfolio of stocks, I’ll repeat the research from Citi. Their team have 18 indicators that tell them to buy or sell stocks.

As Citi researchers argue: “So our bear market checklist says it is too early to call the end of this bull market.”

My main concern is not when the stock market rebounds but whether some crazy hi-tech trading products linked to the VIX is creating threats for stock markets that regulators haven’t understood fully.

I hope the extreme volatility last week leads to closing down of these types of products by the likes of Fidelity and Credit Suisse late last week.

The rollercoaster ride will continue but I suspect there’s no really big, steep drop sections left to scare the pants off us ahead.

I hope I’m right but you never know with stock markets, as they’re a collective representation of our fear versus confidence battle that goes on every day on markets.