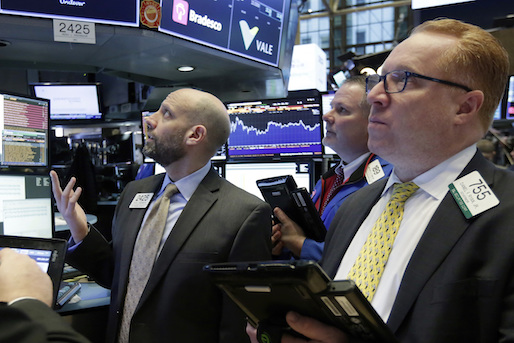 The Dow slumped over 600 points overnight! Should you worry?

Today the Big Apple proved what I expect for 2018 to be the norm: welcome back volatility.

Even now, the S&P 500 Index has not seen a 5% drop, which is pretty normal for stock market indices over a year, in over 400 trading sessions straight. That’s a record since the index was created in 1957.

Investopedia reckons that “the long-term chart of the S&P 500’s price history also doubles as a reading of the emotional highs and lows of investors.”

At one stage overnight, the most watched stock market index in the world — the Dow Jones Industrial Average (which incidentally is made up of only 30 stocks, though they’re some of the biggest names in the world of business) slumped over 600 points!

The index was on track for the first back-to-back losses for the year. So, this is what volatility looks like and we’d better get ready for more of this, as normalcy starts returning to the world economy and world markets.

But why did this happen and should we be worried? 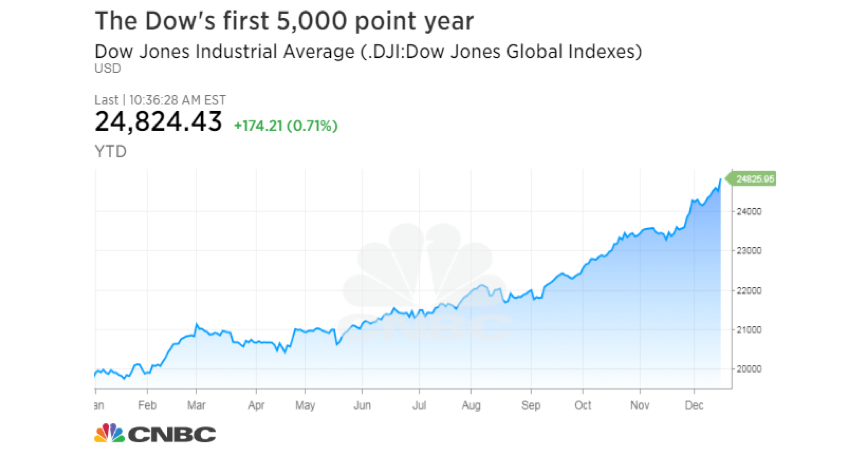 With a gain of that proportion in one year, you’d have to come from La-La Land if you thought that kind of thing can continue. And it’s why I say volatility is on the menu for 2018 but stocks will still be worth ‘consuming.’

These sell offs will be buying opportunities for anyone who believes or accepts my analysis that stocks have probably two good years left before being spooked.

I’m not totally and blindly committed to this view, so you should watch this space for any adjustments to this story, but, at this stage, I think it has money-making merit.

So why the sell-off overnight? Well, you can blame it on the bond market, which this week went for a skip higher with its yields, which is another way of saying that professional money market interest rates went higher.

Right now, the strength of the Trump-influenced US economy has experts expecting three to four interest rate rises this year and the bond market has the history of making judgment calls on the future and its players try to get in first.

There is a perception that the bond market is always right but that’s BS. It can be good at guessing the future but they do get it wrong.

When Donald Trump became President, the bond market was negative and wasn’t telling us that good times were coming for the US, that unemployment would fall, the economy would boom and the Dow would slap on over 5000 points!

The bond market was worried about deflation and less positive matters. That said, the fact that yields are rising says the bond market has gone positive on the US economy. And that’s why it expects higher inflation and higher interest rates. In a nutshell, I’m describing a US economy that is finally ridding itself of the black cloud hangovers of the GFC, or Great Recession as the Yanks called 2007-2009.

On Monday night on my TV program, I talked to bond market gurus — Anne Anderson from UBS and Steve Goldman from Kapstream Janus Henderson — who both anticipated this kind of stuff from the bond market over the next couple of years. However, both said they weren’t worried about a big, bad, bear bond market developing and both were comfortable having exposure to the stock market.

What we will see from the stock market is more ups and downs but I’m betting it will be on a rising trend when, if you buy quality stocks when the market dips, you will make some nice gains.

One day the stock market will be cause for worry but not yet.

As I recommended — watch this space as I’m in the money-monitoring caper 24/7!