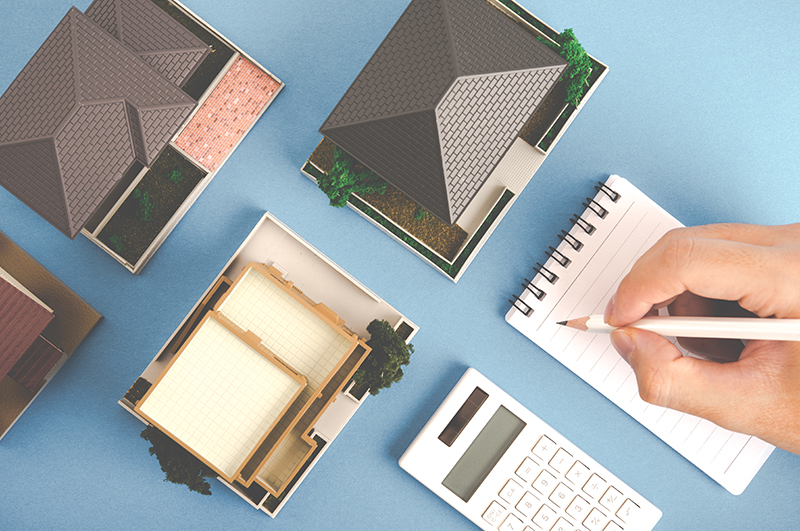 Peek through the rear window: landlord haters are wrong

In case you missed it, there are those who are worried that the election result might mean property investors and retirees will have more sway with politicians than first home buyers. Getting young people into property is a high priority for these media oracles and it seems their ‘inside the square’ thinking means they believe the only way one group wins is for another group to lose.

This shabby, divisive thinking is typical of some media ‘experts’ on society and the economy. It’s also the kind of thinking that adversarial politicians are famous for. It’s a kind of pump politics, born out of second-rate analysis of our problem.

The national rejection of Bill Shorten’s negative gearing policies, along with what was seen as his unfair franking credits idea, has forced left-leaning ‘objective’ commentators to lament the likely importance of existing property players over would-be first home buyers. And retirees don’t look likely to be seen as a milking cow for at least a few elections.

The picture painted looks like a group of baby boomers living too long and holding all the aces, while younger renters, who’d like to buy a property, are dealt a losing hand, forever!

Well, forever might be dramatic but I can’t see Labor’s new PM-in-waiting, Anthony Albanese, going to get negative with property owners at the 2022 election or the 2025 one either.

Some in the media love finger-pointing at groups they have a problem with because they look well off. These influencers seem committed to amplifying/exaggerating the problem to keep the pressure on the Morrison Government to one day make life harder for property investors.

In the past, ScoMo hankered with the idea of changing negative gearing rules but eventually went cold on any changes and actually got fired up in April 2016 when a Grattan Institute Report told us that negative gearing was a high income-earners’ rort. “I have a great deal of respect for John Daley and the Grattan Institute, but on this occasion they have it wrong,” said our PM when he was Federal Treasurer.

“I know that’s the popular consensus among some ... that this is some big rort for big high income earners. That's a complete and utter myth,” he told ABC Radio National at the time.

“The sheer numbers are this: two thirds of those who actually use it, by the number of people who actually engage in negative gearing, are mum and dad investors. They're nurses, they're teachers, they're police officers.”

It’s thought about 7% of Australians own a rental property, so 93% don’t. That’s why Bill might have thought it was a worthwhile punt to hit property investors, to rope in revenue to spend on worthwhile areas such as health, education and welfare.

Meanwhile, 63% of Aussie households own their own home. This is a vital statistic that might have explained why Bill lost the election. Retirees who pocket franking credits had to vote against his changes, purely for potential hip-pocket losses but there was a very high likelihood that everyone who owned a home didn’t like the idea that their ‘castle’ would command a lower price after January 1 when Bill’s proposed negative gearing changes were set to take effect.

That was a rational response, especially when house prices were already on the way down.

Finger pointers need to remember we are a nation, not of property investors but of homeowners.

If young people won’t move to houses that are affordable, we might need to build more apartments where the young want to live. Those who worry about the young not being able to buy a home haven’t gone to Domain or realestate.com.au to see what can be bought in Sydney, Melbourne, Brisbane, etc for $500,000 or so, which is an affordable price.

There are lots of homes and apartments but they’re often not where the first homebuyer wants to live, say close to the CBD, near beaches, etc.

This tells me that as a society we either tell these disaffected young people to go to affordable suburbs if they want to own property or we could make it easier for them by building more apartments in areas where they want to live.

I call it the ‘Manhattanization’ of our capital cities, which seems the obvious solution for the new age we live in, rather than penalising and pilloring retirees, teachers, nurses, those in the police force and other Aussies who have read the rules of tax and investing and ended up a landlord!

By the way, renters aren’t as pissed off as our media experts assume. A report called the The Private Rental Sector in Australia — public perceptions of quality and affordability, by Steven Rowley and Amity James of Curtin University last year  found:

• Around 30% of Australian households rent: 26% are in the private rental sector (PRS). The rest are in government housing.

• According to OECD data, Australia has the 10th largest PRS and the 14th largest total rental sector.

• Private renters come from all income levels, although around 60% have a household income of $78,000 or less.

• Over 70% of respondents stated their dwelling was suitable for their needs, with only 7% stating it wasn’t, with the balance rating their property as partly suitable.

• Almost half of all renters are paying over 30% of their income on rent. This figure rises to 63% for older respondents (55+).

• A quarter of respondents (808) in the survey previously owned a residential property and a further 8% currently own an investment property but rent their dwelling. Of the 808, only 27% chose to sell, with the remainder being forced.

• Around 19% of renters are in the PRS because they have been forced out of owner occupation.

• Asked about their overall experiences of renting, 14% were unsatisfied, 40% were very satisfied, with the remainder somewhere in between.

This snapshot of renters tells us that the majority of renters aren’t living in a modern Dickensian hovel punished by unfair landlords. However, it doesn’t alter the fact that we (as a society, and our politicians) have to decide how to make more affordable properties available in areas where first home buyers want to live.

It might mean working out how to help developers do what governments have done in the past and their failures are there to be seen in the monolithic, public housing blocks that even today are the source of lots of social problems.

We need smart town planners, forward-thinking politicians and less draconian tax slugs on providers of property rather than nasty, divisive finger-pointing that only serves to divide us and sell newspapers!