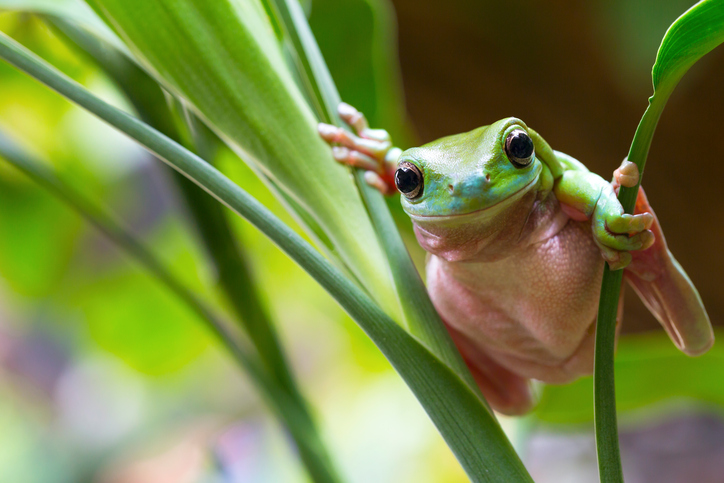 Pay cuts of 40% coming! Are we boiling frogs?

Are we all becoming frogs and don’t know it? No, I’m not being rude to the French. I’m asking the question: are we like the frog in the boiling frog principle?

Believe it or not, scientists have put a poor little frog in a saucepan of cold water then turned up the heat on a stove! Yep. Because the poor frog is poikilothermic, which means its body temperature reacts to the outside heat, it just stays in the water until it’s burnt alive!

This little nasty (yet informative scientific experiment) came out of the old grey matter, after reading that Coates Hire workers might face a 40% pay cut! And significantly, the story emerged as the Reserve Bank started to take seriously the changing and more part-time nature of the jobs market.

The intermixing of globalisation, lower trade barriers and the Internet has put Aussie workers and their better-than-world average wages under pressure.

Of course, this has been coming for some time but, like the boiling frog, a lot of us haven’t noticed that the heat is being turned up. The standout story for me was when our Oz dollar was around parity with the US dollar a few years back, Gerry Harvey told me in an interview that he was paying $48 an hour for a dishwasher on Sundays at his Byron resort and was competing with dishwashers in Fiji, who’d be lucky to get $5 an hour!

But that was simply an exchange rate issue, adding to our higher pay rates compared to a lot of countries, so what about the Internet’s threat?

Book shops, music shops, frock shops and soon fruit shops have been (and could be) put on death row, thanks to the Internet, the likes of Amazon and our relatively good pay rates.

Right now, Airbnb must be making hotels and other more formal hospitality businesses think about cost reductions and swapping full-time employees to part-time workers. If they become easier to pull off, pay cuts would also be on the table.

And of course, Uber is making the taxi owners redo their numbers on costs, as their revenue begins to fall. Disruptive businesses don’t just disrupt profits for the bosses, they also disrupt pay rates and hiring intentions.

Last year, I MC’d a computer conference and an Internet expert looked at the businesses/occupations that will be threatened by artificial intelligence, robots and online alternative solutions.

The list was long and worrying and told me there could be a lot of frogs in that boiling water over the next 10 years.

And you wonder why consumers are feeling a little vulnerable right now.

Historically, new technology killed jobs but created others. I’m not a technology hater or Luddite but in the process of turning call centre people, retail assistants or taxi drivers into computer programmers and delivery guys for stuff bought online, there will be a lot of life disruption.

The RBA said part-time work was 10% of the workforce in the 1970s but is now close to a third.

Of course, some of this has happened because of choice. Younger students, parents with young families and older workers transitioning to retirement were more likely to choose part-time work, the RBA noted. However, some have been railroaded into part-time work because of the likes of Zara, Bunnings, Amazon, Uber, etc. are changing the business battlefield forever. And that means wage rates are also set to change and jobs will change.

Other new jobs will be created but, overall, higher wage rates in Australia could gradually become a thing of the past, as existing employers try to cope with the scary future being delivered by the likes of Amazon.

Gerry Harvey and the management at JB Hi-Fi have to be reworking their wage bill, if Amazon comes bigger than ever and not making profit. Yep, this is a business that doesn’t make profit. In doing so, it is turning up the heat on the big saucepan called Australia and the poor little frogs in it aren’t aware of what might lie ahead of them.