Here’s a special ‘outside the square’ story of how one of New South Wales’ most successful business families — the Harris’ of Harris Farm Markets fame — solved their succession dilemma on who would succeed Mum and Dad with running the business.

They made all three sons CEO!

When Cathy Harris told me that she and her husband David, the founders of HFM, had come up with this unusual decision, I suggested that conventional business theory had always questioned the efficacy of co-CEOs, but three chiefs? That was a real piece of what Edward DeBono would call “lateral thinking.”

In fact, the idea of three bosses made me think of the UK comedy series The Office, where the oddball manager of the office, David Brent (Ricky Gervais) talked about how he encouraged “team individuality.” However, you question the business sense of David and Cathy Harris at your peril, as they’re two of the sharpest tools in the fruit and vegetable shed.

This is a couple who built up a great business, well before the 1987 stock market crash and the eventual recession of 1990 and who’d been courted by a private equity mob that eventually left them facing bankruptcy. They sought and received support from some of the country’s most famous entrepreneurs, who were in their network and fell back on a great small business standby — mum-and-dad funding. As a result, they were able to hold on to four of their outlets, ahead of an ambitious rebuilding plan. 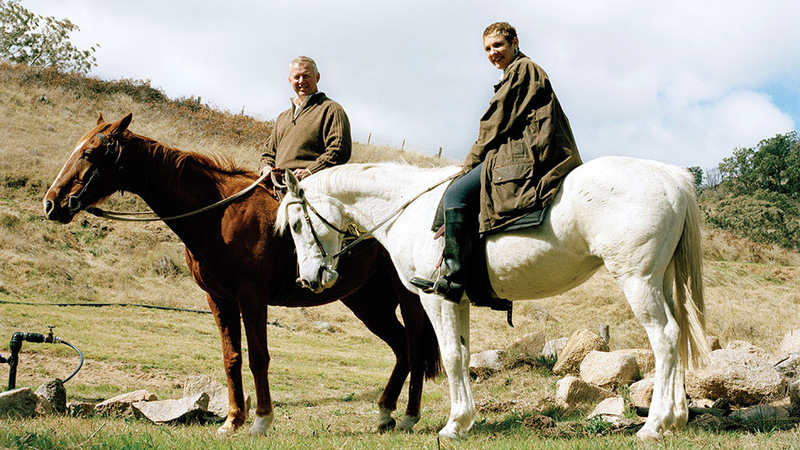 When I talked to Cathy this week, she gave me an update of their business. “We have just bought another three, so we now have 26 outlets, all in New South Wales, and have around 1500 staff,” she revealed.

In the past, Cathy was Australia’s Director of the Federal Government’s Affirmative Action Agency (1994-99) and is an Order of Australia recipient. Her achievements are as long as a US basketball player’s arm but she has always recognised the business strength of her husband David, who she says was the coalface driver of what has become Harris Farm Markets. 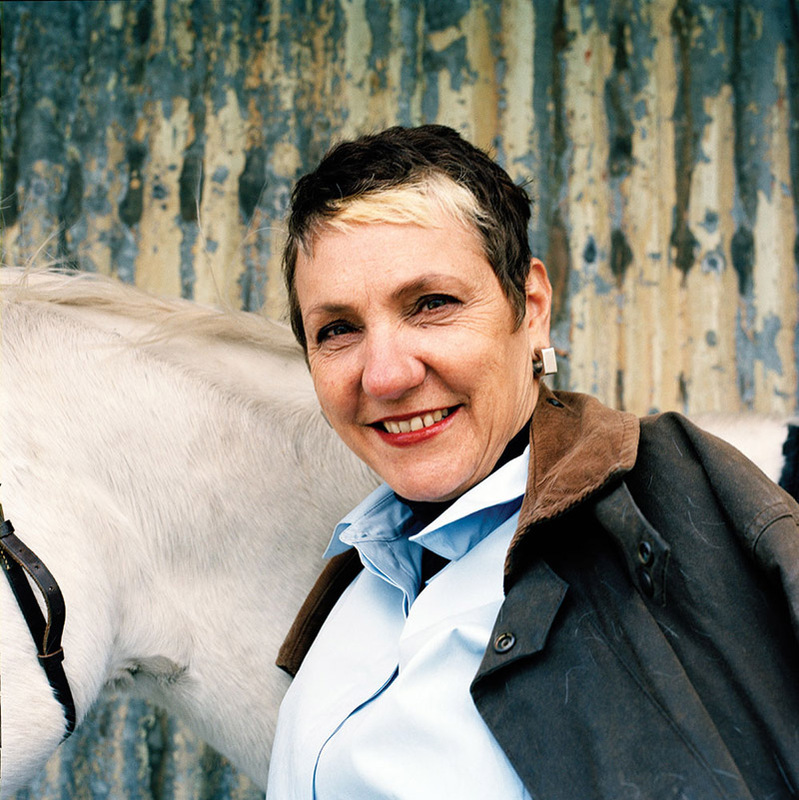 Before telling you of David’s unbelievably courageous decision for a business patriarch, which led to the Harris troika, which now leads one of the best food businesses in the country, let me take you back in time to understand this fascinating tale.

David was given a shock when he finished university and began working in his father’s successful chicken business. The jolt came when he discovered the business had been sold. “I said to my father, ‘Dad, what have you done?’” David recalled.

“Instead of an excuse, Dad gave me three bits of advice about starting a business. First, make it something the big fellas don’t do well. Second, make it something you can get into with limited capital so I can help, and third, make sure it’s a cash business.”

Cathy said that after research, David told her he had two options: a fruit and vegetable business or a funeral business. “I quickly told him that we had only one option,” she said.

Harris Farm Markets started in 1971 and by the mid-1980s they had 18 stores, which pioneered fruit and vegetable supermarkets that were self-service, computerised and filled with every conceivable ingredient for the most adventurous cook.

They had taken David’s father’s advice and were real players. This was the time of Alan Bond and other 1980s high flyers, who later learnt the lesson that those who live by debt can also die by debt.

As mentioned earlier, Cathy and David plumbed the depths of business failure but were comeback merchants. Of course, they weren’t high flyers, but hard workers, who were victims of their own success with HFM, which had grown to 37 stores. “We simply grew too fast,” says Cathy. “And we relied too much on debt.”

And certainly, a market crash and a recession didn’t help.

Fast forward to today and the business is again in the fast lane of growth, under the guidance of the three Harris boys. This succession came about as a consequence of the founders agreeing two years ago that it was time.

“We both stood down from executive roles and David even resigned from the board to be a mentor to the three boys,” Cathy explained.

He headed for the hills — the Blue Mountains to be precise — to develop his beloved horse project. After a time, however, the new CEOs invited him back on the board to gain from his expertise. It also tied in with a recapitalisation program and a buying out of existing partners. Cathy said David was happy to make a return, albeit in another role.

“I have to say it was all credit to David as he made a huge effort to show that the boys were in charge and that he was stepping down,” she said proudly. 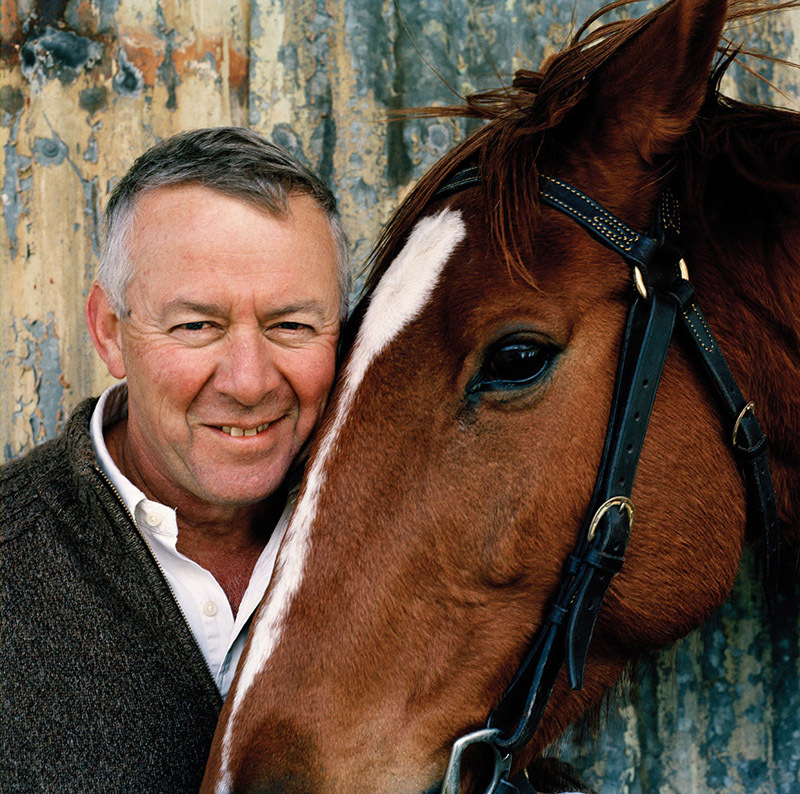 In case you’re not an aficionado of how family businesses operate, patriarchs and matriarchs hanging around too long, and not knowing when to permit the succession process to happen, can not only kill great businesses but the associated families as well. That’s why I say David made a very courageous and wise decision. And it means more when you know how involved and committed he was to his baby called Harris Farm Markets.

The three joint CEOs in question are Tristan, Luke and Angus and all had had different careers before coming into the business. The parents knew that if their sons were going to keep their dream alive, they had to have the same enthusiasm that they had for the operation that they had when they started and grew it.

“They said it wouldn’t work but I would argue strongly against that — it has worked brilliantly,” Cathy insisted. “That proposition is an old-fashioned leadership model. In fact, I talked to Michael Rennie, managing partner of McKinsey Australia and he told me he was mentoring someone in Mexico who has three joint CEOs.”

Rennie advised Cathy that they could make it work but they would need advisors and mentors to help them through the process because it would hinge on their personal development to negotiate through the brotherly thing.

“So they have a really good mentor and I’m not saying they haven’t had disagreement but now they have to have them in a very civilized and thoughtful way,” she explained. “Decisions aren’t made by majority, so if one disagrees and they can't work it out, they go to the board.”

Okay, that’s the brother-to-brother issue sorted in a new age, complex family business. What about the CEO-to-CEO to Mum-or-Dad difference of opinion issues?

Cathy said there are times when she has to say this is a business issue and speaks as chairman but, on other occasions, she says “It’s Mum speaking”, when it’s a more personal issue.

Cathy doesn’t think it matters how you decide to action a succession plan but it is critical that you want to do it and that you really feel comfortable within yourself about the decision.

“Too many people just think, oh it’s time to pass on the business to the boys and in their heart they don’t want to do it and so they can’t let them take over, so every decision is questioned.”

She said it was easier for her because she had progressively eased out of the business but, for David, it was a sudden jolt to his usual life.

“I just think my husband is amazing. It was such a lack of ego for him to do this.” 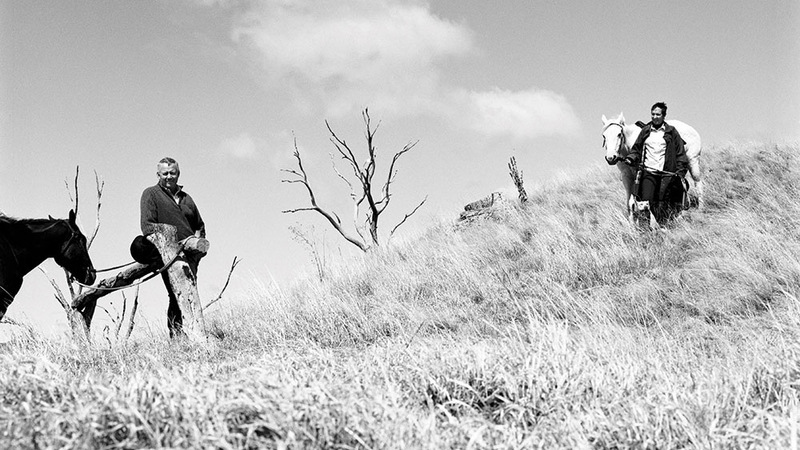 In many ways, the Harris family business story is a bit like that Meryl Streep- Alex Baldwin movie, It’s Complicated. However, if any family can pull off the triple CEO play, it’s this one! And why? Well, that’s simple. This family and business has always had some quite incredible leaders.

(By the way, Dan, their oldest son, runs HFM Export, which sells fruit and vegetable overseas. Their son Lachlan was the senior press secretary to Kevin Rudd with his Kevin 07 election campaign and was the brains behind the One Big Switch business concept.)