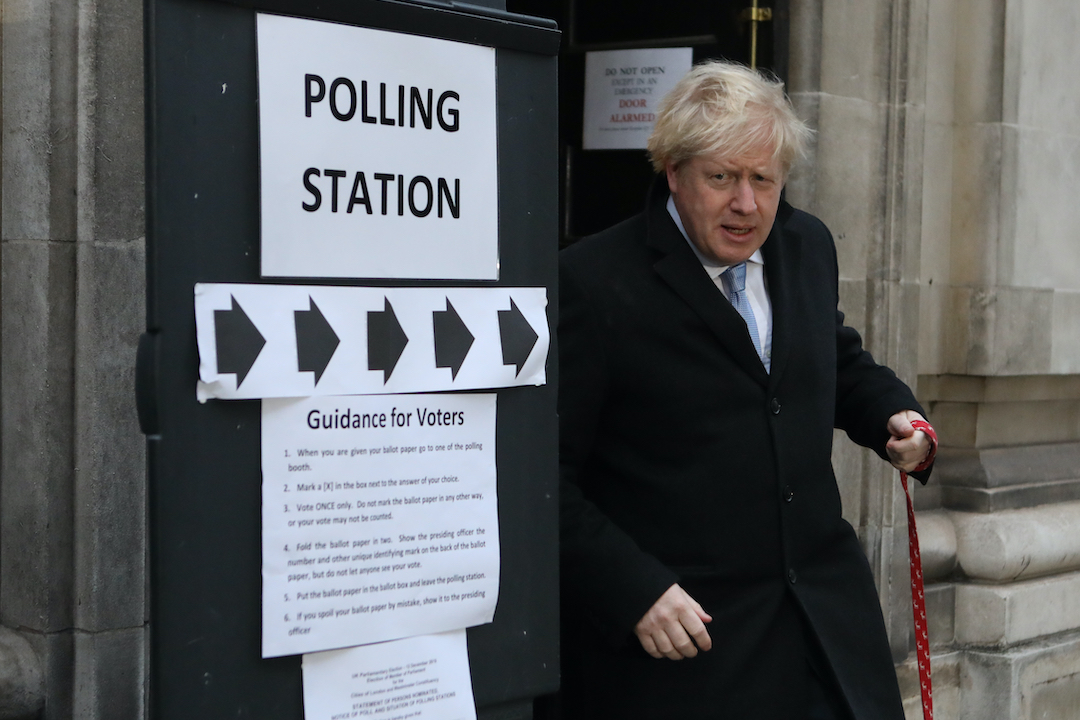 Our financial destiny is hanging in the balance

Brexit is in the balance as counting proceeds over Friday (our time) and it comes as we have to hope that the US President remains balanced, with trade talks still happening as the 15 December deadline looms on Sunday (our time).

And as if straight out of a Hollywood movie, the latest whispers from the Big Apple and DC say there could be an 11th hour trade deal struck so the planned 15% US tariffs on $US160 billion worth of Chinese goods won’t go ahead. Presidential tweets overnight add more credence to these positive expectations.

If a deal isn’t struck and the US President ends up in a tempered-twisted tweeting mood, it could be bad for stocks.

On the other hand, a last minute, drama-filled  agreement could excite stock markets early next week and we’re seeing Wall Street getting positive overnight. Mind you, a lot of these positive expectations are built into the very high market gains we’ve seen this year but I still would bet the certainty of a deal will be a plus for stock markets.

On the flipside, if it’s no deal and a very cranky Donald Trump tweeting like there’s no tomorrow and no consequences, then we could see stocks plummet. I don’t think the most market-sensitive and most business TV watching President of all time will want that as his re-election year looms.

Rumours did suggest that “a no-deal but we’re still negotiating” outcome is possible. These rumours say tariffs could be imposed on Sunday but because the horse-trading is going well, no revenues might be collected until six months’ time! Right now, I think this is less likely.

CNBC regular, Kenny Polcari of Slatestone Wealth is a believer in the 11th hour  rescuing of the trade deal. “They’re going to come out and say ‘we’ve got a deal’…we’re working on tweaking, fine-tuning it. But , to show good faith, we’re not going to impose these tariffs,” he speculated on CNBC. “And then the markets will rally.”

To Britain, and given the Poms surprised us with their opting for Brexit, and given our surprise election outcome in May when Bill Shorten was kicked out before he was even in, who can rule out an upcoming Prime Minister Jeremy Corbyn?

This would rattle stock markets and whatever your politics, if you care more about your investments, you have to be wanting a BoJo or Boris Johnson victory. Sure, he looks a tad flaky and Trumpist but he’s better than the Labour leader, Jeremy Corbyn, who has even been tagged (fairly or unfairly) anti-Semitic!

And while that’s important, for investors, creating a better Brexit is a sensible wish to hope for and BoJo has even got the thumbs up from the European Union. It’s like he’s seen as the better partner to divorce and the market agrees.

Given 2019 has been great for market believers, where our stock market has gone up over 25% (if you include dividends), I’m pencilling in a 10% gain in 2020 but we have to get the best outcomes possible and that means the following:

• A trade deal has to look likely.

• Our economy starts to improve in the first quarter of 2020.

• The expected February interest rate cut proves to be the last; and

• Donald Trump or someone like the Democrats’ Mike Bloomberg wins pre-selection and becomes President.

Next year has to see the progress of economies like the USA, the EU and Australia towards a more normal economy of rising growth, jobs, inflation, wages and interest rates. That’s why we don’t need a no trade deal scenario, a market-worrying US President, a PM Jeremy Corbyn and an Aussie economy going backwards!

If the latter happen, I’ll be tipping a recession in 2021 as a distinct possibility, despite my overall positivity towards the economy and stocks in 2020.

We’re in the hands of Donald and the Poms!!!!