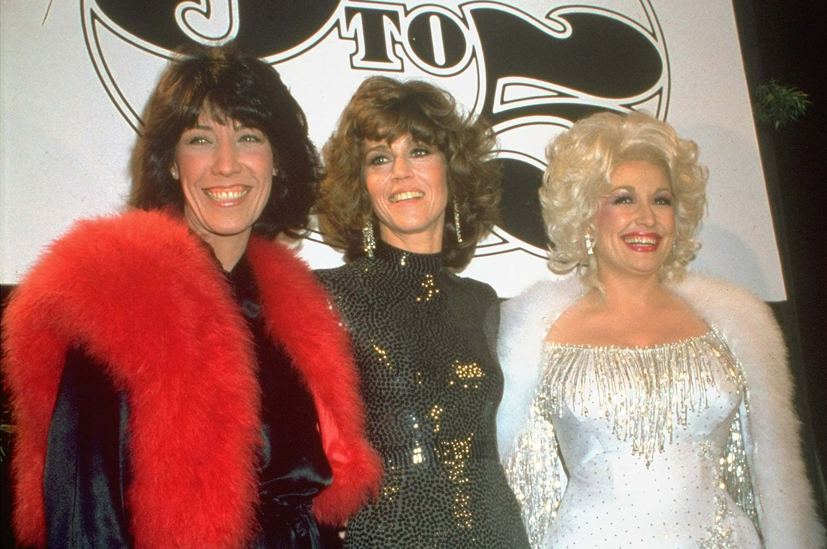 Wall Street was a little negative ahead of the important jobs data that could have a big bearing on whether the Fed raises interest rates this year. And while oil, and even Europe with a refugee challenge, was cited for the downdraft on the New York Stock Exchange, there was no real story to report this morning.

So, given this, let me do a Dolly Parton story that’s relevant to Malcolm Turnbull’s soiree with the captains of industry, business and unions yesterday in Canberra. Thankfully, they all got together and the two-hour summit produced generally happy campers, with one business leader saying that everything’s on the table for negotiation.

If this is true, it means the Malcolm love-in honeymoon is producing weird yet wonderful possibilities. To say everything’s on the table implies unions are happy to contemplate a GST, workplace reform and not paying a dishwasher $48 an hour on Sundays. Really? On the flipside, business was willing to give into union demands for whatever they want nowadays? That sounds promising!

I hope that works out for the sake of productivity, better profits, reasonable wage rises and more jobs, especially for our younger out-of-work Australians.

I also hope we all embrace the reality that our free leg-up of the mining boom, which helped create budget surpluses and killed government debt, while providing tax cuts, is over. We need to reinvent ourselves and, fortunately, the lower dollar will help. Yesterday, we saw that the manufacturing sector expanded for the third consecutive month and CommSec’s Craig James agrees with me that it’s “clearly a function of the lower Australian dollar.”

Lucky things like a lower dollar and mining booms are OK to keep our economy doing OK but we need better than OK. And that’s where Dolly and Malcolm need to come in.â€¨
Let’s start with Dolly and Anthony Robbins first.

The unbelievable force of self-improvement leadership — Anthony Robbins — was in Australia recently. If you haven’t heard of him, then you need to get out more often! Some 6,000 positive, aspirational Australians turn out to see him at an event in Sydney, on his annual visit from the US. He’s now in India doing his stuff.

He gets people to walk across coals, set big dreams and believe in themselves. Yep, he is a fast talking Yank that we Aussies are cynical about but I’d prefer him talking to my staff than a typical, cynical, do very little, go nowhere Aussie, any day.

Leadership is needed in this country at all levels. We switched PMs for leadership. Our families need better leadership — this ICE problem says a lot about the poor kids we’re turning out. And while I will praise a lot of great things about our country, I refuse to accept OK instead of being on the road to excellence.

This is where Dolly Parton comes in and her famous working “Nine to Five” song.

The film and the song (despite her seriously distracting breasts) addressed female rights issues, which were both inspirational and empowering for a normal person struggling with life’s pressures. When I heard it on the radio this week, I liked the gutsy, female imagery Dolly promoted, but then I paused.

I thought of the great audience I spoke to this week in Perth — 800 attendees at the Association of School Business Administrators (ASBA) Conference — where their enthusiasm brought the best out of me in my one-hour speech.

Of course, I am generous on myself but I know they inspired me in their response to my ideas about leading their staff, being innovative, thinking outside the square and being into self-improvement.

Back to Dolly and while I thought about these conference attendees, who have given up their holidays to learn more and to go back to their workplaces as better leaders, I thought about the millions of Aussies who don’t get exposure to great speakers, educators, thinkers, coaches, advisers and all the other people who can raise average, or below average, performers to a higher level.

As I sung “working nine to five” I said to myself, “hang on, I work five to nine!” And so do a lot of great, hardworking small business people, determined employees who want to be managers, CFOs or CEOs and wonderfully committed workers in the not-for-profit sector.

This country needs Malcolm - who has started off wisely talking about the need to innovate and be very 21st century in our approach to business -  to really step up to cash in on this current honeymoon niceness he’s getting from the media and really try to be a different kind of leader.

Our economy has challenges. The data is OK but not great, but there are some green shoots. The global economic picture is mixed. This week’s stock market gyrations, which believe it or not, actually left stocks up 1.4% this week, proves we have headwinds out there for the economy.

Ever since Kevin Rudd, we’ve seen too much divisiveness in Canberra and it has not been a great example. PMs like Bob Hawke and John Howard, despite some of their unlikeable inclinations, brought national unity on key subjects and we made progress. The 25 years of continuous economic growth was proof of that but I think we need leadership to inspire people to be, with apologies to Dolly, more like a five to niner rather than a nine to fiver.

We need more inspiration to encourage aspiration and that could make a big difference to our economy, our workplaces and the kinds of people we send home to our families and then the kids who come from those important units that make up Australia.

I know I’m wishing hard for good stuff but I have always loved JFK’s powerfully inspirational observation: “The problems of the world cannot possibly be solved by skeptics or cynics whose horizons are limited by the obvious realities. We need men who can dream of things that never were and ask "why not?"â€¨

Of course, JFK should have said “men and women”, but apart from that, he was on the money and that’s Malcolm’s big challenge to do a JFK for us!
We badly need inspiration. That’s why I think Malcolm is being so well received. I hope he can pull it off, for all our sakes.