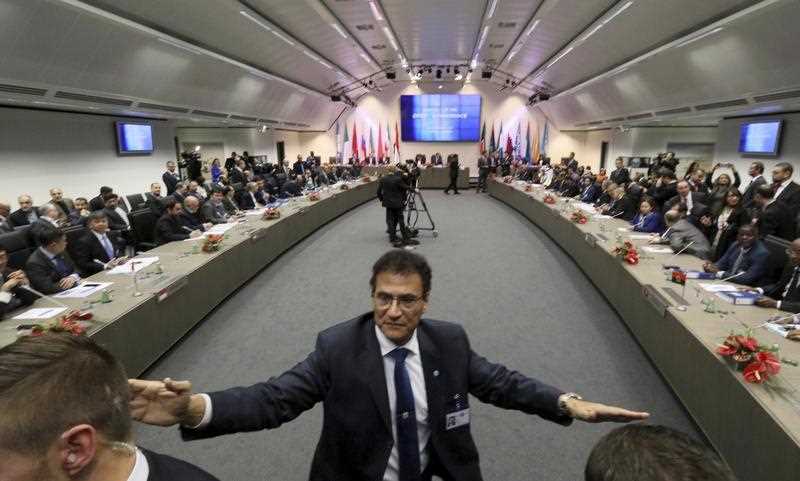 OPEC agrees! Stocks, our super and petrol prices to rise!

Doomsday merchants and those programmed for negativity are going to wake up to disappointment this morning, with the usually unreliable members of the Organisation of Petroleum Exporting Countries (OPEC) coming to an agreement!

If they stick to their agreement, which is always the hard bit with OPEC members, then this cut will be a 4.5% reduction.

And Reuters is confident that Russia, which is the non-OPEC group (that I now call NOPEC), will join the cutting party. Why?

Well, following the OPEC deal, the price of Brent crude spiked 9% to over $US50 a barrel.

This agreement is staggering when you consider old warring parties (Saudi Arabia, Iran and Iraq) have found common ground, which reinforces the old saying that if anything is worth doing, it’s worth doing it for money!

Recent history shows that stock markets sink when oil prices go too low and this agreement looks set to keep oil prices over $US50 a barrel and that should add to the positivity of the Trump rally effect.

Many experts held little hope for this deal but now they’ll worry us about how successfully the agreement will be policed and kept. That said, we’ve had another milestone for 2016, which has helped erase the excessive stock market negativity that dominated stocks in the first two months of the year. Then, the doomsday merchants were predicting that China was in trouble, the US was growing slower than expected and Japan and Europe were looking like growth basket cases.

Well, now US stock market indexes at all-time highs and Donald Trump’s election has reinforced the belief that the US will grow faster in 2017. And just this week, we learnt that its current growth reading was pumped up from a good 2.9% to a beaut 3.2%. And all this was pre-Trump.

But wait there’s more, with US consumer trumped into greater positivity with the November consumer confidence index rising from a high 98.6 to a huge 107.1, when the forecast was 101.2.

On the growth problem child that has been Japan, this is what Fortune.com recently reported: “The economy expanded by an annualized 2.2% in the third quarter, faster than the 0.9% increase markets had expected, following a 0.7% increase in April-June.”

The EU isn’t shooting the lights out but this is what Focus Economics is saying: “The Eurozone economy shrugged off any early Brexit contagion in Q3 as GDP growth remained steady.”

On the current quarter, this is what the economic think-tank concluded: “At the moment, data is sparse for Q4 but early indicators suggest that the economy remains on an even footing. The Eurozone economy has shown resilience in the face of heightened uncertainty and the Focus Economics panel expects this to continue, foreseeing GDP growth remaining steady, albeit lackluster, at 0.3% over the previous quarter.”

To China and this is what the South China Post reported only a day ago: “China’s economy roars back…but it’s smokestacks industries and debt driving growth.”

OK, they might be gambling with the environment but they are making monkeys out of doomsday merchants, who have them undermining the global economy.

So where are we with this oil agreement done? Well, the overall economic outlook for 2017 is promising but OPEC’s top cop, Saudi Arabia, will have to work hard to ensure its fellow members don’t do the dirty on the deal.

Our next issue on the wall of worry, which defines a bull stock market, is the Italian referendum on Sunday.

A big ‘No’ vote that leads to a resignation of the Prime Minister, Matteo Renzi could raise questions about Italy remaining in the EU. However, my experts are now telling me to forget worrying about this scenario. A ‘No’ vote is likely, a PM resignation wouldn’t be surprising and a new election bringing in a new government is highly possible. However, this is Italian politics, where the Prime Ministership has changed 45 times since World War II!

That said, Grexit and Brexit did unsettle stock markets for a time, so we could see some investor concerns, especially if the PM resigns. However, I’m suspecting that the 2016 theme of potential bad news turning out to be not as bad as it could be, to remain true, with the Trump victory and its market effects being a classic example.

I’d be lying if I said I feel sorry for the doomsday merchants out there.