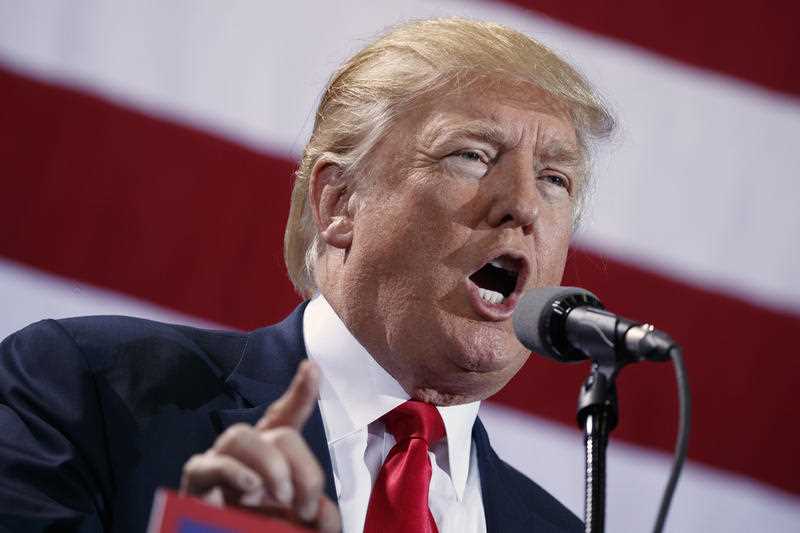 Only thing we have to fear is Trump! Fear index surging!

The great US President Franklin D. Roosevelt, who led America out of the Great Depression and was in command when it entered World War II, was famous for the inspiring quote: “The only thing we have to fear is fear itself.”

On Wall Street overnight, the line has become “the only thing we have to fear is fear of a President Donald Trump himself!”

The pretty smart (though at times pretty basic) people in financial markets come up with some tools or products that say it all. Sometimes, however, they come up with a name that normal people wouldn’t understand.

A case in point (and relevant to Trump and the fear he’s set to grow between now and November 8 when the Yanks go to the polls) is the VIX, or fear index.

The VIX is the ticker code for the Chicago Board Options Exchange. It tries to get a handle on the market’s expectations of how volatile the stock market will be over a 30-day period. It’s created by an extensive survey of option prices, with a big emphasis on the options taken out on the key US stock market index — the S&P 500.

Sophisticated traders are often buying options, which suggests they think the market is going up or down.

A put option gives the buyer of this financial product a right to sell assets at an agreed price on, or before, a particular date. The opposite option is a call option, which gives the buyer a right to buy shares in the future at a specified price.

A put option becomes more valuable as the price of the related stock falls, compared to the strike price of the option. So options become like insurance against the market’s gyrations.

The fear index or VIX shot up over 10% overnight (to a reading close to 20). When the fear of Trump was low and stock players were pretty confident, the VIX was around 12. That’s a 66% spike in fear, thanks to Donald, the FBI and those Americans who think Trump is the answer.

The really big spike in fear around June/July was the Brexit shock. The huge sustained spike in January/February was the big sell off at the start of the year, where our S&P/ASX 200 index dropped to around 4700. The index is now at 5290 but it has seen 5600, so fear did get beaten for a time this year and the stock market surged around 19%. Since then, we’ve drifted down and a President Donald Trump won’t be good for our stock prices or our super balances.

Right now, a lot of fund managers have increased their cash balances and their exposure to gold. However, I’m praying their caution and fear of Trump and other curve balls (such as OPEC, Japan, Deutsche Bank, China and an expected US interest rate rise in December) won’t come back to haunt us.

We deserve a break. And we deserve to see stocks trend higher. And Americans don’t deserve Donald Trump!

As an entrepreneur and brand-builder, I’ve always respected Trump’s achievements. He’s one of the greatest brand promoters ever! But he’s a shocking role model and I pray the Yanks can pass their IQ test next Tuesday at the election.

If they don’t pass, the fear index could go off the dial and stock prices will slump. Then my biggest challenge will be working out when I tell you to buy back in!

By the way, according to a major survey in the US (an ABC poll), Trump has overtaken Clinton to take a one-point lead. This is the first time this has happened since May. Let’s hope it’s the last.