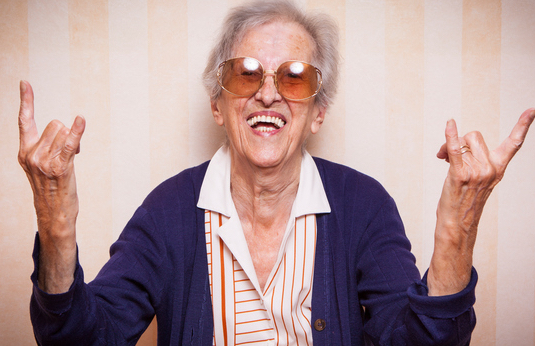 As a young man aspiring to be an academic in the economics arena, the SMH’s economics editor was always a hero. He strived to make economics understandable and was one of the best and most entertaining educators on the often-seen, very dry subject of economics.

But one thing Ross Gittins taught me is that you have to even doubt your heroes if they get it wrong or overlook something.

I reckon my hero has forgotten something that justifies negative gearing and the capital gains tax discount, which cuts your tax slug in half if you hold the asset for over a year.

By the way, this one day will change if we ever decide to give Bill Shorten the keys to the Lodge. Labor wants to restrict negative gearing for property to new builds and the capital gains discount will be peeled back to a quarter, so you’ll pay the tax on three-quarters of your gain.

It will be a big election issue.

But I digress. Let me get back to what I think Ross should take into account when he suggests that old people are benefiting at the expense of young people.

This is what he said in today’s SMH: “You can understand why young people resent being lumbered with education debt when governments have gone for years tolerating distortions in the tax system – negative gearing and the capital gains tax discount – that favour older people buying investment properties over first-home buyers, and push the price of homes and the size of home loans even higher.”

I reckon it’s always a risky exercise to compare what older Aussies get, compared to younger people, because no one ever does an extensive examination of what young people get compared to their parents.

For example, young kids get a much better education, filled with so many opportunities to get smarter via better qualified teachers, an extraordinary online opportunity to learn and the prevailing parental belief that just about everything a young person wants to do or dream about is OK.

In 1969, Thomas Anthony Harris wrote the self-help book I’m OK, You’re OK, which captured a lot of the baby boomer generation that has impacted on their parenting and the kids that showed up as a consequence.

But I digress again — back to justifying negative gearing and capital gains tax discounts.

I think it’s also dangerous to look around at various groups of Aussies and start finger pointing about who gets what but because scarce Budget dollars ultimately have to be allocated, we have to do it.

That said, I can see why responsible, hard working, now retired scrimpers and savers could be a little cheesed off that they’re now seen as over-rewarded by the tax and social security system. This is especially so when they see the welfare bill for a group, who might have a lot of people on it who were trouble at school, in the workplace and in the neighbourhood for most of their life.  They were often lazy, big drinkers, big smokers, gamblers, as well as poor savers and now are on the pension.

Of course, there are a lot of deserving, unlucky people on the pension but there’s still a lot who fit the description above, which might explain annoyance when Labor politicians describe them as over-rewarded.

As an economist, I understand the need to not over-reward those who are well-off. However I can still understand why those who have worked hard to be comfortable in retirement can be pissed off when they’re portrayed as doing something wrong when they access benefits that governments have made available to them.

But I digress yet again! Back to why I think negative gearing and capital gains tax discounts are OK for now.

Last year, APRA said the average super balance was around $42,000 but this number would be dragged down by older Australians, many of whom have precious little in super. Paul Keating’s great idea of compulsory super will be great for younger generations as they’ll have nice super balances when they retire after 30-40 years of super saving. But a lot of baby boomers, who are now seen as pariahs lurking around auctions trying to outbid young people for scarce homes, needed an avenue to build their wealth.

These people grew up thinking a pension after paying tax was a right but, under the economic rationalism of Mr Keating, we learnt that wasn’t going to be the case.

And negative gearing and capital gains tax discounts became popular when tax rates were even higher than today so chasing an investment property made sense.

Arguably it might be time to make negative gearing less available on property because a lot of baby boomers have done their catching up but I don’t think it’s only oldies doing the landlord thing — smart youngsters are learning from their ‘betters’!

One last thing. This great super system, which will leave a lot of young people pretty well-off, is also driven by the fact that there are heaps of tax incentives that drive people into building up great balances for retirement and a lot of older, baby boomers have contributed a fair bit because they earn good incomes and pay a lot of taxes.

As I suggested early, it’s always tricky comparing who gets what!