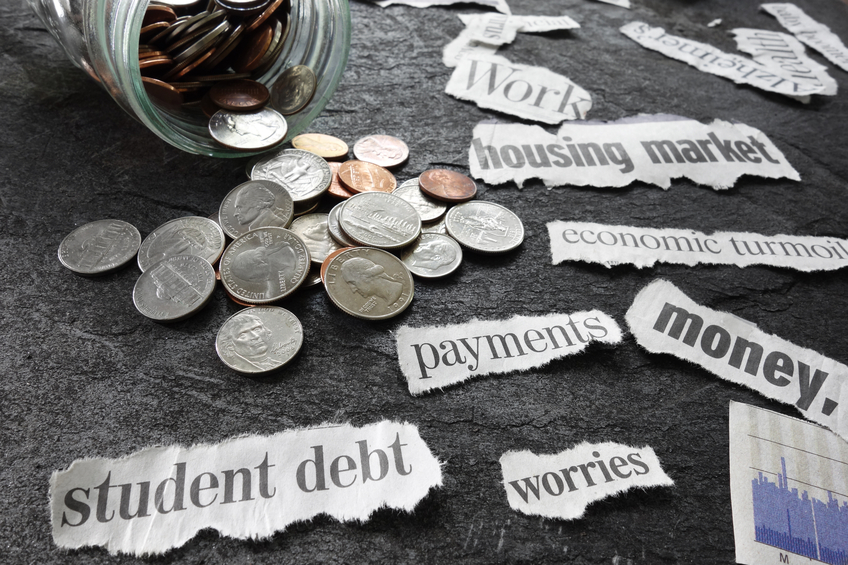 Oh no! Another recession forecasting expert!

Serial bank basher and part-time doomsday merchant, Brian Johnson from CLSA, is at it again scaring the pants off investors, developers, real estate agents and Australians generally. And what makes it worse is that Brian Johnson is a smart guy and in 2015 won the AFR’s top stock picker award.

Of course, this makes him a genius to journalists desperate for a negative story to scare the pants off readers but it doesn’t mean he’s right. However, his damning forecasts, when you add them to the host of other negative stories that only get headline billing on TV and radio as well as in newspapers when they’re petrifying, all hurt consumer and business confidence.

In turn, these forecasts and other negativity hit consumption and investment and help to create the recession that Brian Johnson talks about!

I spoke to a group of business people for AMEX on Friday in Sydney and the executive general manager of Channel TEN and Gruen Transfer star, Russel Howcroft, admitted he was a bit despondent on the economy but was really happy to hear someone who started off his speech with “We’re the best economy in the world!”

Now I might be willing to argue the toss with other economists but the facts are we have grown without a recession for 99 quarters and The Netherlands holds the world record of 103! We should KO that next year some time and this week we’ll see the latest growth number — 100 here we come!

Of course, we can’t avoid a recession forever and the oversupply of apartments in Melbourne and Brisbane could give us an economic challenge but a recession is a big call.

So let’s see what Brian’s argument is.

Bank lending to foreigners, local investors and apartment buyers will cause a correction in the oversupplied market, which will lead defaults by some developers. The next logical step is a big pullback in building.

CLSA has told clients that capital shortage from China is putting a squeeze on lenders too.

This sums up the projected story:

“Our base case has the crisis starting with cheap apartments and later spreading to other flats in close proximity. This is likely to lead to defaults among small developers and a sharp contraction in apartment construction,” the CLSA note said.

“However, it is unlikely to result in sharp price declines in other regions. Our worst-case scenario would result in dwelling prices falling sharply in all areas, eventually leading to a recession.”

The guess is low quality apartments will see prices slump but more expensive ones “will not be immune.”

As a consequence, Commonwealth Bank, Lend Lease and Mirvac Group were identified as at risk, which is code for dump them or don’t buy them.

I get the reason why they think there’s an apartment oversupply and that’s because investors and Chinese borrowers were once big buyers. However, the Government, David Murray’s Financial System Inquiry and APRA put them in the “no go zone”, so there are less buyers for apartment built and being built.

I hope developers show care and make sure they have real buyers who can access loans to complete. This is something I have been worried about. There are developers with plenty of 10% down deposits customers waiting for the project to be ready, but some of these customers — investors and foreign buyers — might be denied funding from banks that have been bounced by APRA.

Now, it might be a sensible thing to ensure bank balance sheets remain safe, if a worldwide recession comes. However, this oversupply issue in Melbourne and Brisbane (to an extent) doesn’t have to cause a recession.

It could cause one if a lot of things happen, such as the US economic recovery stalls, Italy leaves the EU, China’s economic growth collapses rather than just slows, Donald Trump becomes President and global stock markets crash.

Add any of these to an oversupplied apartment market in two states, then a recession is a chance.

But let’s turn the above scary scenario around: the US recovery strengthens, Italy remains solid with the EU, China’s growth picks up a tad, Donald loses and stocks keep grinding higher. And let’s throw in that the Oz dollar slips into the 65 US cents region, then an apartment oversupply and general house price fall (which is way overdue after three big years of rises in Victoria and New South Wales) might be offset by a stronger education and tourism sector, along with an improving mining sector.

Sure, a recession is way overdue and with bond markets looking crazy, it’s wise to be cautious without being an accessory to scare mongering. Sometimes, I think it’s attention relevance syndrome that drives analysts to big calls. And why wouldn’t they do this when the media seldom remembers their big, bad calls that don’t work out?

I think Brian’s apartment problem is to be expected and the related stock price problem makes sense, but a lot of this could already be priced in for the CBA. It was a $95 stock in May 2015 and is now $70.91 so I hope Ian Narev and his team know as much about banking as Brian.

But before you get too spooked, let's look at the time frame for all this oversupply and economic disaster.

“Construction will follow prices, so we expect apartment building to be hardest hit over the next five years,” the note goes on. “Our recession scenario is likely to require price contagion to extend to other regions and include houses, with household debt at 122% of GDP and price-to-income ratios of up to 12 times increasing this risk.”

And to be objective, our property sector has been really hot and it hasn’t just been residential construction.

The Australian recently pointed out that “Total bank commitments, both drawn and undrawn, to commercial property grew 10.8% in the year to June to $216.1 billion, the highest level since the global financial crisis.”

But as the GFC was eight years ago, the fact that levels have grown since a collapse, really doesn’t say anything. That said, “commercial property losses were the cause of previous banking and economic downturns, such as the early 1990s recession,” the Oz pointed out.

In April 2015, ABC TV featured a report on “the housing bubble” and Brian was quoted as saying: “I’ve been a bank analyst for a long time and I’ve never ever seen a bank accurately forecast that there would ever be a problem anywhere.”

That’s pretty easy to say for someone sitting in a highly paid job purely picking winners and even when you’re wrong, most people forget that you were. Now note I think Johnson is good at what he does but it’s easier than running a bank, employing tens of thousands of Aussies, making our home ownership and entrepreneurial dreams come true, keeping shareholders as well as analysts happy and trying to increase profits in a digitally competitive world.

Yes, I know banks behave badly but so do builders, insurance companies, retailers and a whole lot of businesses that put themselves ahead of their customers.

This is not a suck up to banks but I know a lot of our super funds have our super exposed to banks and the Oz economy, so going excessively negative has to be objectively analyzed.

APRA and the relevant Minister (is it Kelly O’Dwyer? or maybe it’s big enough for Treasurer Scott Morrison) need to be onto this potential problem before it becomes the recession it might be.

Despite accusations of me being a perma-bull on stocks, I’ll bet anyone that a recession happens in five years and the stock market collapses but I’m not worried about it for the next two years, at least.

I like controversial calls but I just wish my colleagues in the media would test them out rather than let them go on without question. We have to keep the scaremongering in perspective.